In a study by Julie’s Bicycle, the British cultural sector’s leading environmental consultancy, the sale of music products and live music performances to  UK consumers was said to create at least approximately 540,000 tonnes CO2 equivalent per year. The live music sector together with audience travel accounted for three-quarters (~75%) of the UK music industry’s greenhouse gas emissions, with large music festivals accounting for the highest level of emissions. These figures stand in stark contrast to the branding of music festivals as sites where alternative ideas of community are performed, from hedonistic and carnivalesque escapes (e.g. BangFace Weekender, Beermageddon) to transient socially conscious utopian cities (e.g. Eden Festival, Glastonbury, the latter of which donates most of its profits to charities).

Fields of Green uses four distinct disciplinary approaches (sociology of music, sustainable development, urban planning and environmental management, and songwriting as practice-based research) to investigate this tension and work with music festival communities – made up of artists, audiences, and organizers – to address climate change and sustainability, one of the most urgent problems facing the wider global community.

Researchers at the University of Edinburgh, University of the West of Scotland, and Lancaster Institute for the Contemporary Arts have co-designed this project with our community co-investigator, Creative Carbon Scotland (CCS), the key organization in Scotland for advising the cultural sector on matters of environmental sustainability, and an active partner throughout the project’s duration. CCS has traditionally worked with arts organizations funded by Creative Scotland, but this project supports them to extend their reach to engage with the wider music festival sector in Scotland.

We will organize roundtables with festival organizers to determine what actions can enable and encourage audiences to engage with and enact sustainable behaviours themselves within the temporary communities formed during such events.

We will also research two Scottish case study festivals – Go North Festival in Inverness and Solas Festival in Perthshire – and collect data from audiences on their engagement with sustainability issues through surveys and interviews. We will engage musicians in a practice-based research component which includes the creation of a digital mini-album with five internationally recognized Scottish musicians (including academic investigator Jo Collinson-Scott, who records and performs under the name Jo Mango) tackling the theme of travel and movement, as well as getting the musicians to reflect on and map the impact of their travel on the festival touring circuit. The work will also be performed and discussed at a workshop at the Celtic Connections festival in Glasgow. 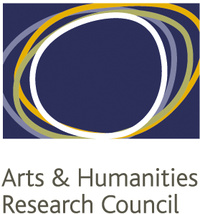 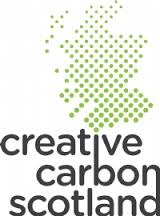