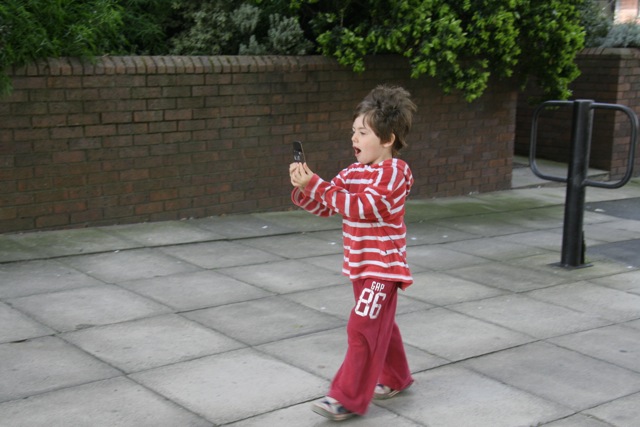 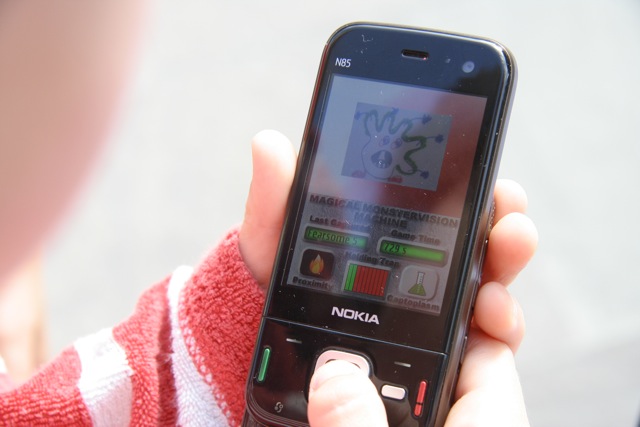 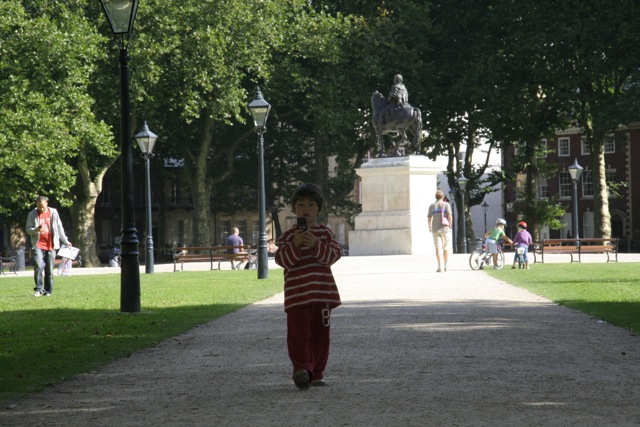 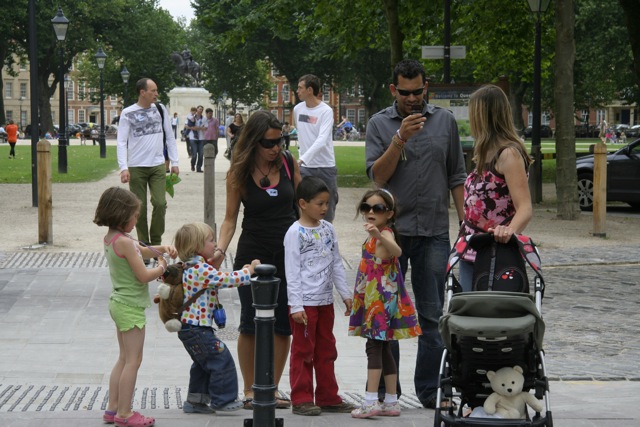 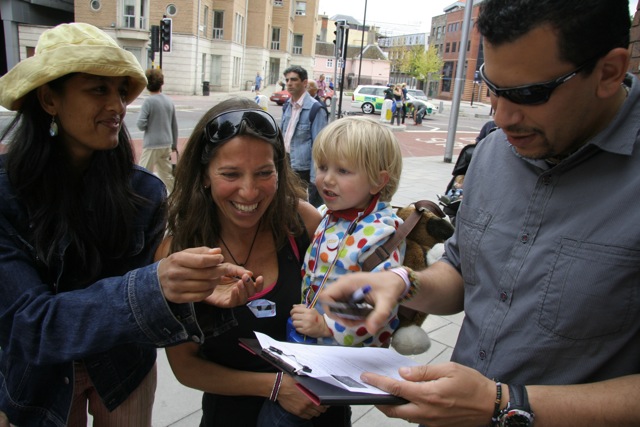 Free All Monsters! was a location based game created in collaboration with artist Andrew Wilson in which players could turn their iPhone into a Monstervision Machine and spot invisible monsters on the city streets. The game can be considered to have drawn upon Lefebvre’s agenda of ‘the right to the city’ by encouraging the appropriation of everyday space in which to play the game by presenting players with lusory goals driven by environmental conditions relating to that particular space, and at that particular moment in time, rather than the desires of the designer or controller of that space. Further, these goals were not defined by ‘the designers’ of the game but by their fellow players who put into practice their own interplay between context and situation by setting a their own monster free. Within the game setting a monsters free involved a players drawing or sculpting their own monsters and then taking a picture before uploading then to the game via the App. Therefore in this situation Monstrous’ is not used in relation to being ‘hideous or frightful’ but rather relates to these fabulous imaginary creatures and as there wass no limit to the number of monsters that could be set free it was intended that the game itself to become monstrous, meaning on a gigantic scale, self generating and beyond control.

The Peoples Republic of Monsters