This week, Christopher Boyko and Claire Coulton began auditing the built environment within one neighbourhood of Birmingham as part of the Wellbeing Research Challenge on the Liveable Cities project. Armed with the Irvine-Minnesota Inventory 2.0 — an app comprising 70-items that ask raters to assess features of the built environment at the street segment scale, such as the condition of pavements and the predominant land uses on the segment — the pair walked through Sutton Four Oaks and audited a number of A roads, B roads, minor roads and local streets. Eight, long hours of pounding the pavement later, they amassed a large quantity of data and a few sore feet.

This piece of research complements the research already undertaken in focus groups about wellbeing and mobility choices for residents in Sutton Four Oaks, and helps to give a more holistic picture of the relationships between people’s quality of life and their built environment.

Only three more Birmingham neighbourhoods to go and then it’s on to Lancaster and Southampton! 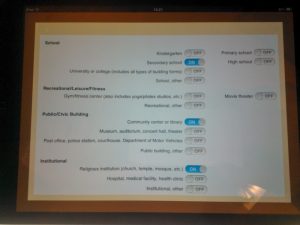 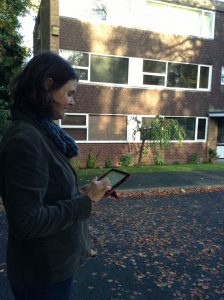