On 19th May we launched the Creative Exchange.

It was an afternoon and an evening of speakers and discussion at the Museum of Science and Industry, Manchester, in conjunction with FutureEverything Festival. We had a fascinating and diverse array of speakers.

Professor Jeremy Myerson and Professor Rachel Cooper introduced The Creative Exchange and its plans, after which everyone else gave their perspective on ‘The Digital Public Space’.  Bill Thompson from BBC Archives gave a  Broadcast Perspective, Matt Watkins of Mudlark approached the DPS from the point of view of telling stories and playing games, and Professor Richard Harper of Microsoft gave a reflective and thoughtful presentation on the development of technology and human interaction. Professor Neville Brody challenged our imagination with ideas of the DPS and a new Renaissance, while Dr Jo Twist, representing the games industry, took us into the future and where games would be with regard to the DPS. Clement Renaud Co-Founder of the‘Sharism’ Research Centre took us into the world of hacking and sharing and the cognitive commons. Finally, Mike Ryan of Manchester Digital shared his concerns about DPS and the future.

Also as part of the launch, over 300 members of the public, academics and digital practitioners engaged in a lively debate around the potential of the Digital Public Space. The preceding day we had brought together academics from across the UK and Europe to discuss with Tony Ageh (BBC) the notion of the DPS from the BBC perspective and the perspectives of academic disciplines ranging from linguistics, history, music to archeology and architecture. On the morning of the 19th our academic delegates met with our partner creative business, providing  rich insights into the themes we have established that are common to DPS. This event will also enable us to develop the topics for our CX Labs which will result in projects. We will be inviting our delegates back to Manchester in September 2013 to showcase how the topic has developed through these projects and research initiatives. 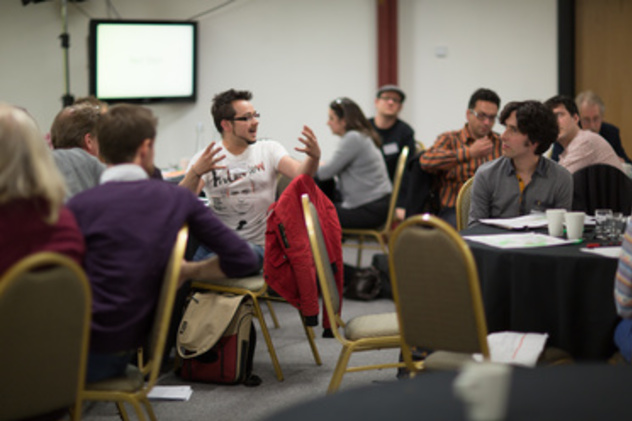