Imagineers took part in the Imagination Picnic last week, with team members from ImaginationLancaster gathered from around the world taking part in an informal gathering of conversations, connections and challenges, hosted on a virtual platform aimed at bringing staff together remotely from the comfort of their own homes.

The event was hosted by Deyan Sudjic OBE, Distinguished Professor in Design & Architectural Studies and Director Emeritus of the Design Museum. Deyan started the event by inviting participants to present an object that they felt embodies Imagination in the widest sense. The response resulted in a light-hearted reflection on the team’s role in design and architecture research, covering a variety of perspectives and an extensive range of items, from disco globes to doorbells, personal sketches to plants and Tunnocks biscuits!

Des Fagan, Senior Lecturer in Architecture chose a disco globe to embody Imagination, commenting he “likes the way Imagination casts a different light on things. This disco ball refracts light and reflects it back in an entirely different way.”

Deyan then gave a presentation of photographs to Imagination outlining his prolific career history, with highlights including co-founding ‘Blueprint’, a monthly architecture magazine which he subsequently edited, his directorial roles at the Glasgow UK City of Architecture and Design program and the Venice Architecture Biennale, and finally his appointment as director of the Design Museum in 2006, with his curated ‘Stanley Kubrick: The Exhibition’ in 2019 the most successful exhibition in the Design Museum’s history attracting 170,000 visitors. Deyan discussed the continuing charm and impact of designers and architects such as Raymond Loewy, Ettore Sottsass and Grete Shutte-Lihotsky, along with graphic designer/typographer Margaret Calvert among many others including the philosopher Ivan Illich, and how these individuals can inspire us as contemporary design and architecture researchers. 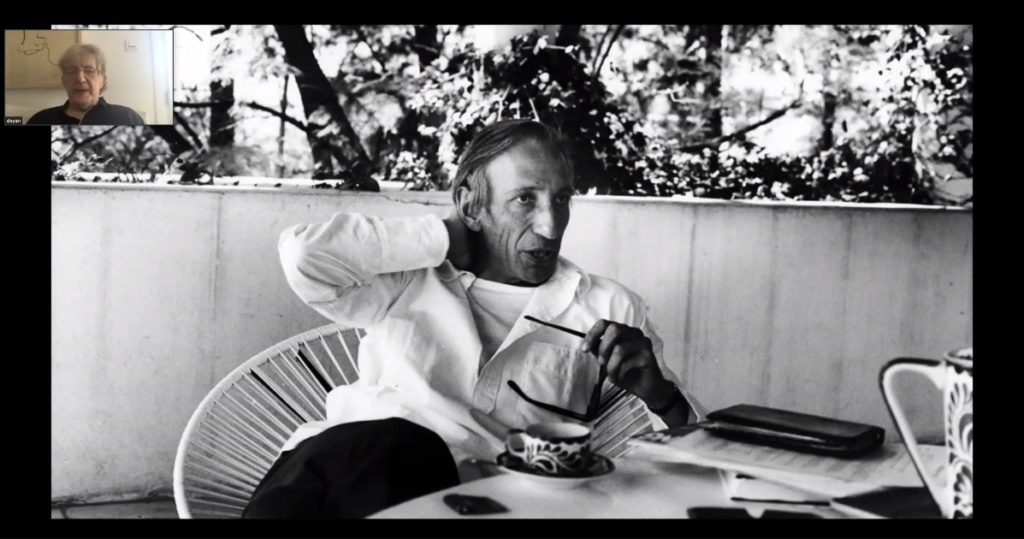 There was a short pause to grab some refreshments before the Imagination team regrouped around virtual picnic tables (named after famous designers) to take part in a variety of design challenges over a picnic lunch.  It was marvellous to catch up with colleagues over lunch and made us realise how much we miss being together IRL (in real life!).

Lastly the team gave thanks and well wishes to Professor Paul Rodgers who unfortunately leaves our Imagination team for a new role at the University of Strathclyde, Glasgow. Paul joined Imagination in 2016 having previously worked at Northumberland; he is the Design Leadership Fellow for the AHRC where he has developed and championed design research across all domains, along with playing an integral part within our Beyond Imagination project, and will be sorely missed by the whole of Imagination. We wished him well and agreed to meet up for a ‘Dark and Stormy’ once we are able to celebrate his time at Imagination! 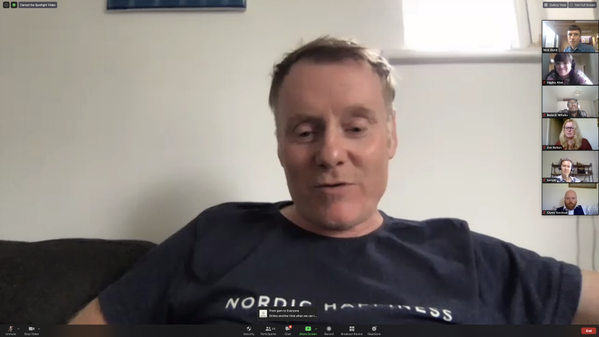