The Knowledge Exchange conference was conceived as having three distinct phases and each one of these would have a different feel. With the final morning we wanted people to come into a very austere space with no furniture to introduce our eight KE manifesto points and then literally open the space into something much more dynamic and visual

After introducing the eight points and the notion of problem spaces rather than commandments the group was split into eight to start thinking about the issues.

As this discussion took hold, the eight physical tools were revealed.

We wanted to create physical structures for groups to map their thinking on to. This was also quite conceptually testing, as we wanted to stretch people.  The physical tools were all very different from each other, they were:

2.    A three metre wide and 11 metre long roll of paper with paints

4.    A digital whiteboard with iPads running our own bespoke software

5.    A selection of ropes and rope holders

The groups used these to explore and develop a range of dimensions to their manifesto point.

The group with the washing line structure not only created three graphs of activity but also created a performance piece to accompany it.

The giant beach ball was turned into a prehistoric world about to be ‘disrupted’ by a comet. Amusingly SMEs were dinosaurs and were doomed! The PhD students were pterodactyls so were due for radical change but would survive as birds.

We are still analysing the outcomes of this part of the conference. On the day the tools worked very well, people engaged actively and creatively with the challenge.

From a research point of view it will be interesting to start to explore how or if the forms we gave people affected the way they explored the problem spaces. For example the black cube was deliberately too big for it to be seen all at once, did this result in a fragmentation of the solutions? In the coming weeks we should be able to shed more light on this. 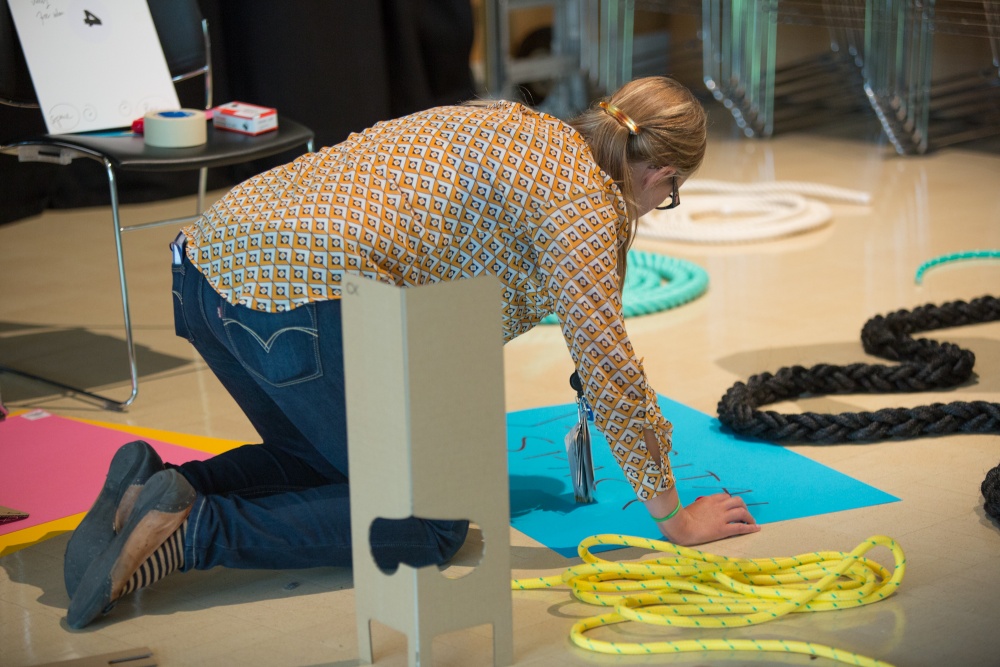 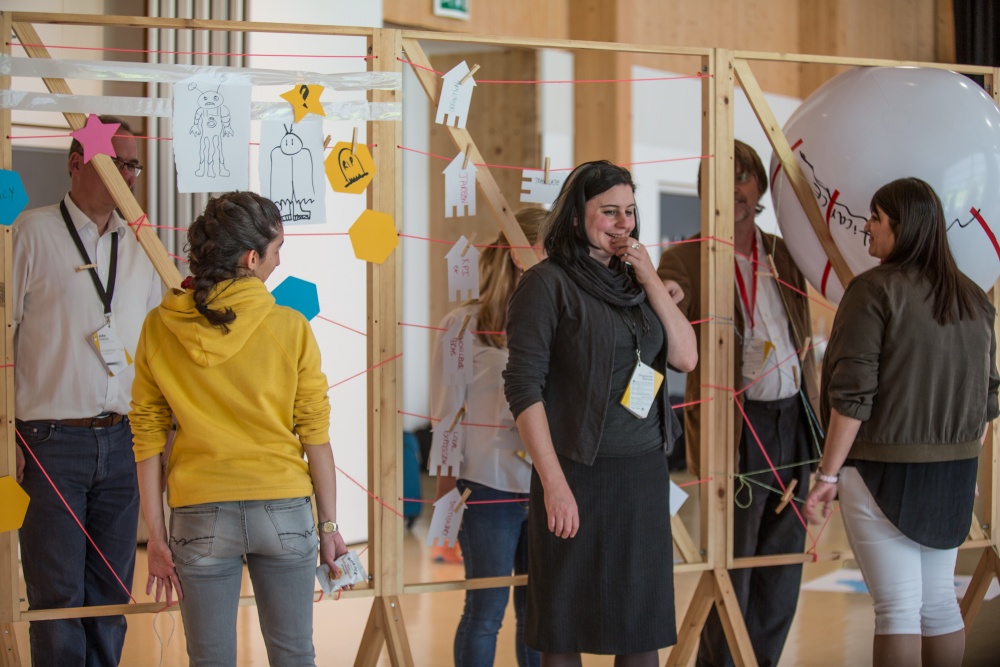 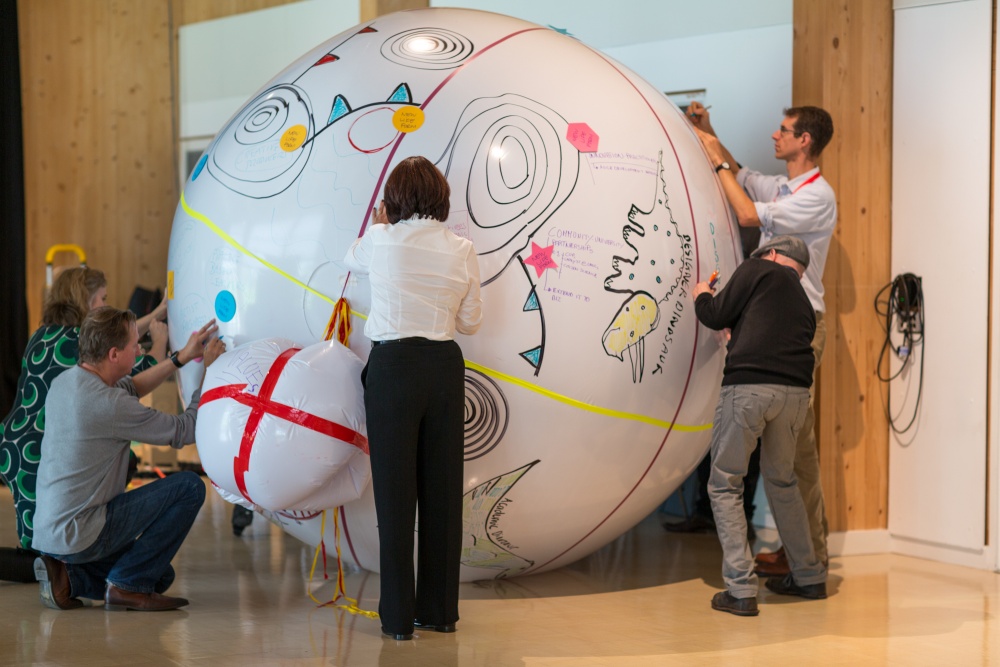 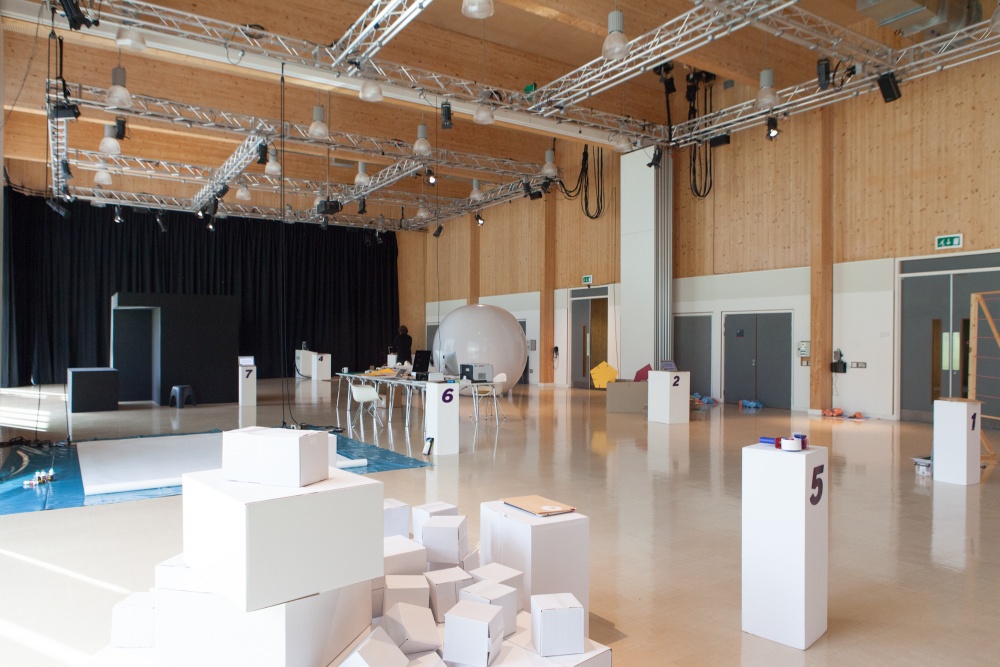 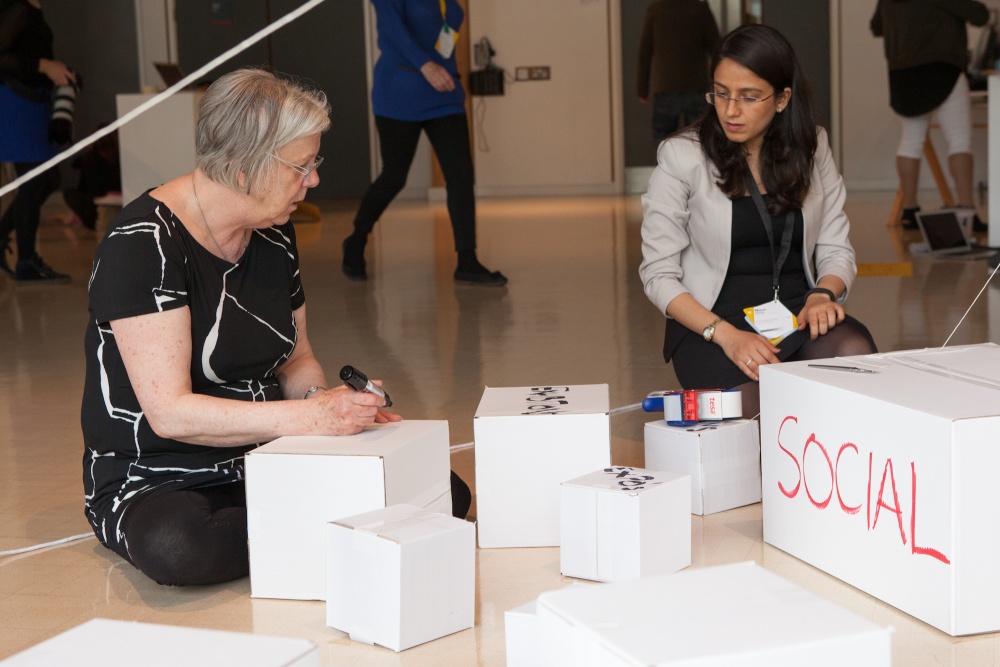 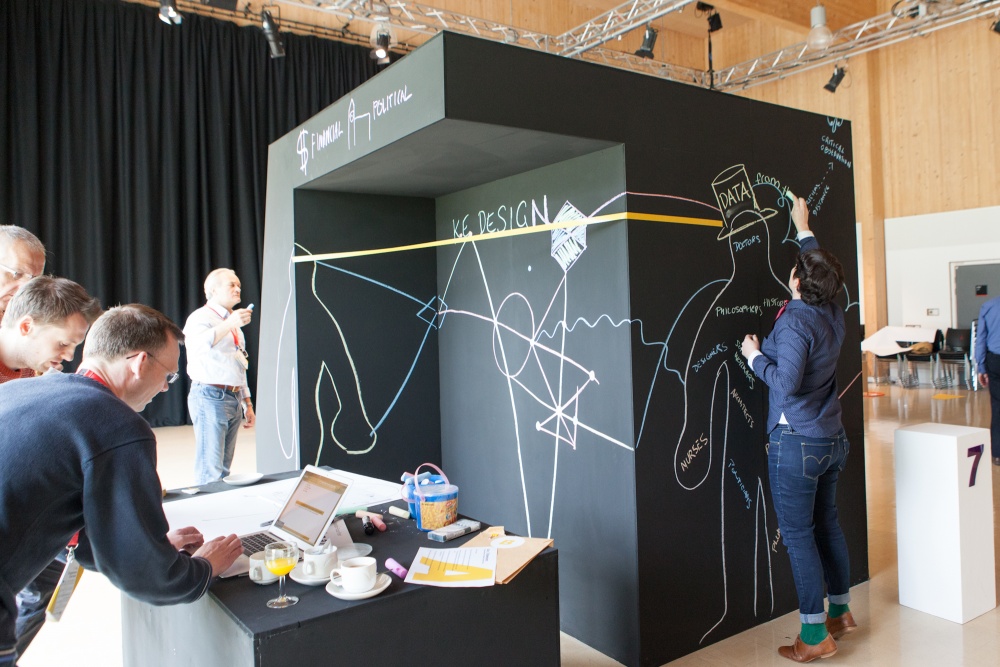 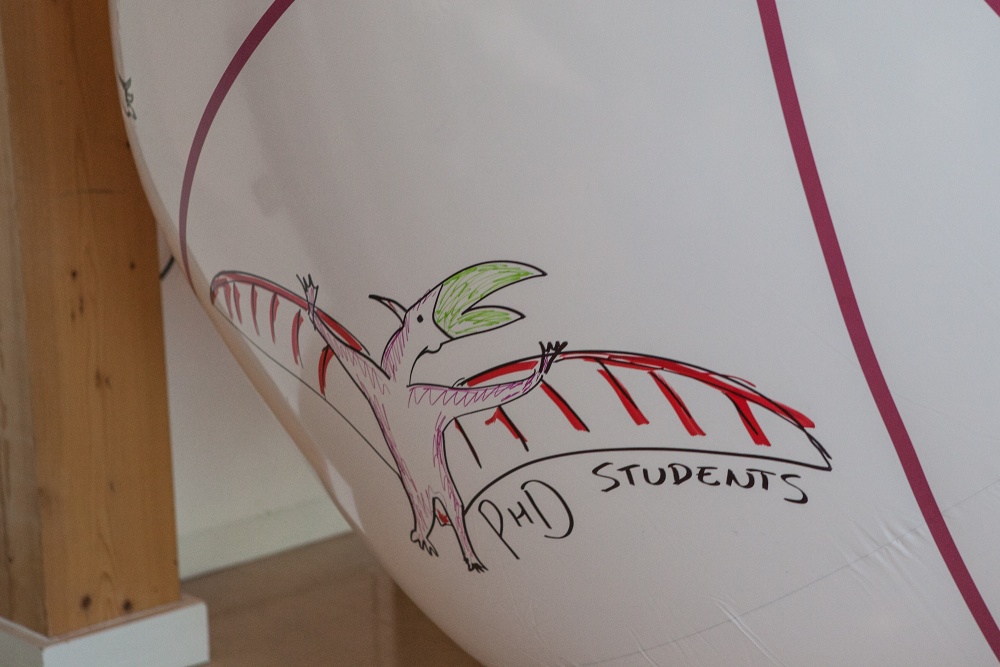 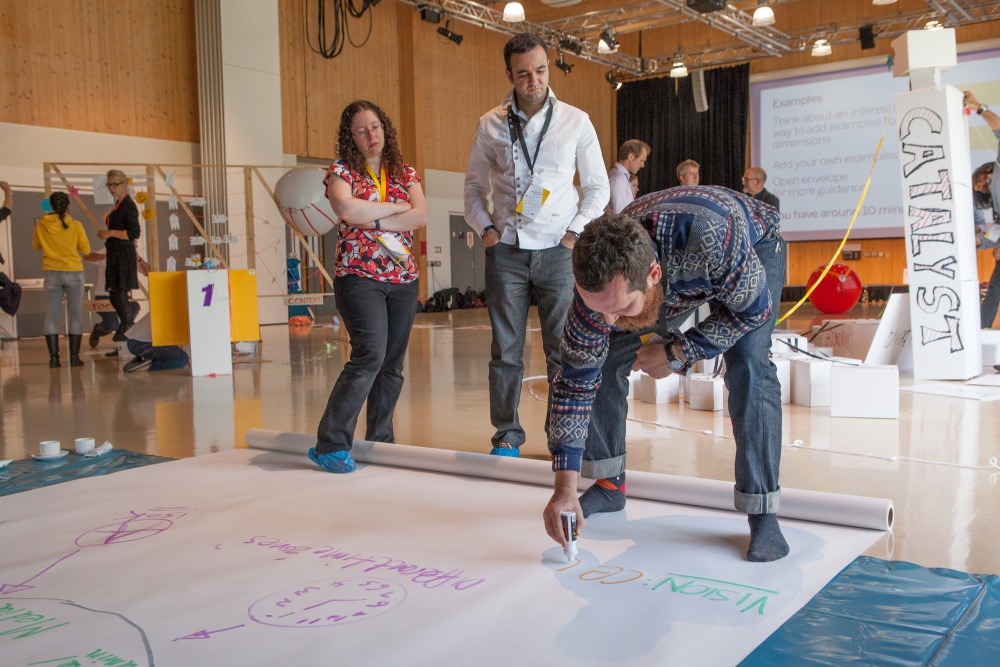