The 2010 UK election TV debate featuring Gordon Brown, David Cameron and Nick Clegg was remixed in realtime in a datavisualisation artwork presented to a live audience at a special FutureEverything 2010 election event.

Custom software allows the artists to sample and analyse the video, audio, and closed captioned text of the television signal. Reconstituting the material, it reveals linguistic patterns, exposes content and structures, and alters the way in which the debates are watched. This is a playful performance, which also serves to dissect and analyse in real time the content of the debates, and in which the legibility of the debates is maintained throughout.

Commissioned by the FutureEverything 2010 festival and presented to a live audience at the People’s History Museum in Manchester England. 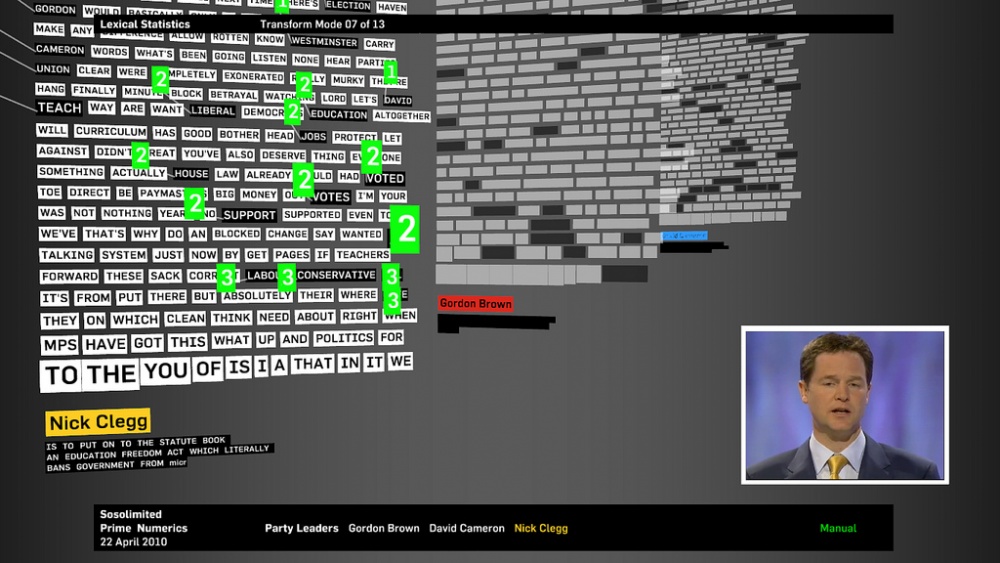 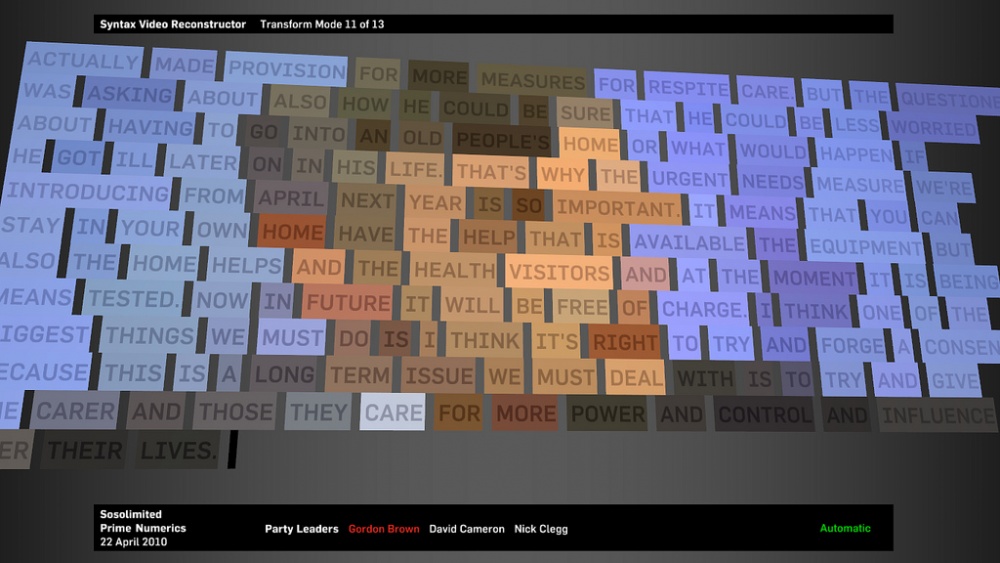 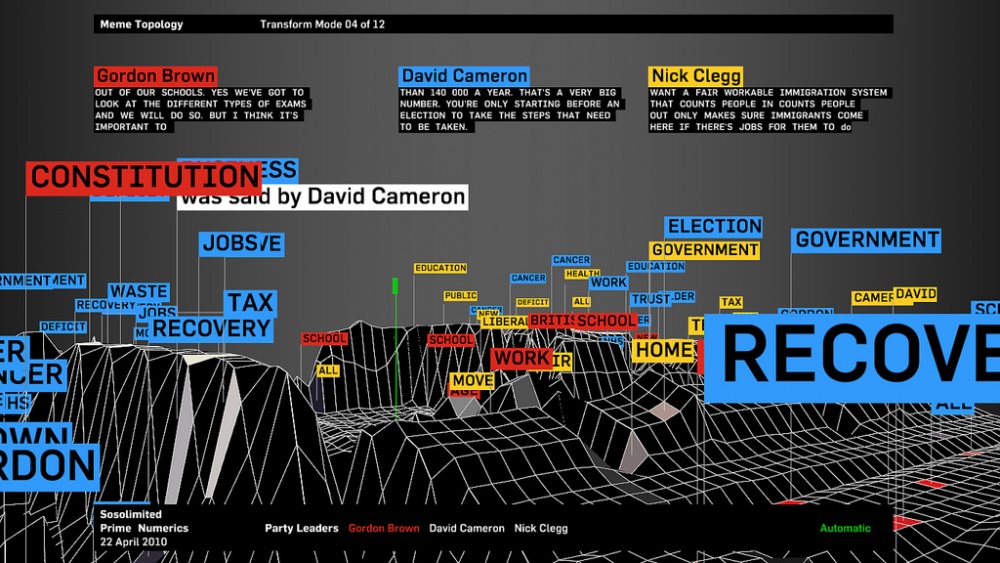 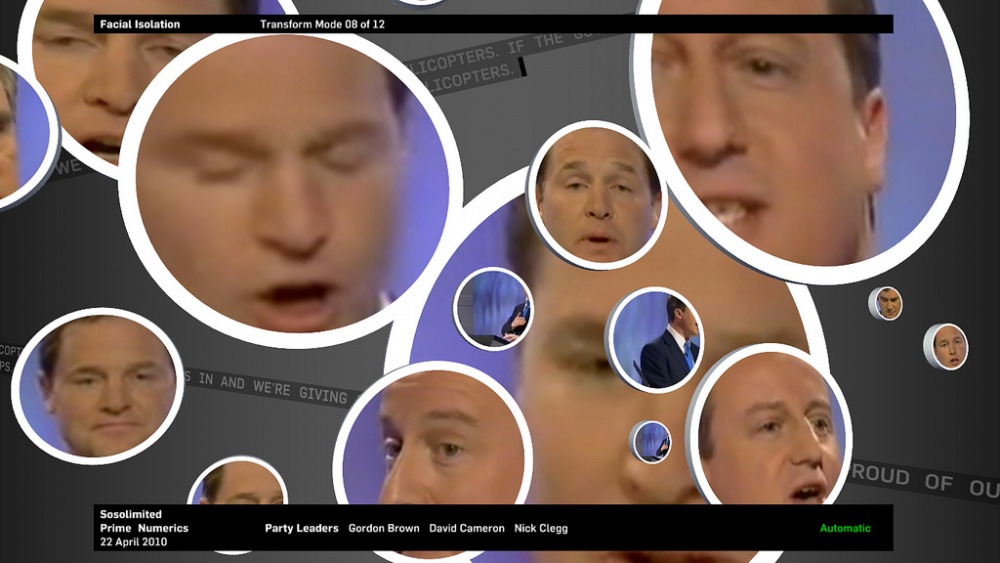