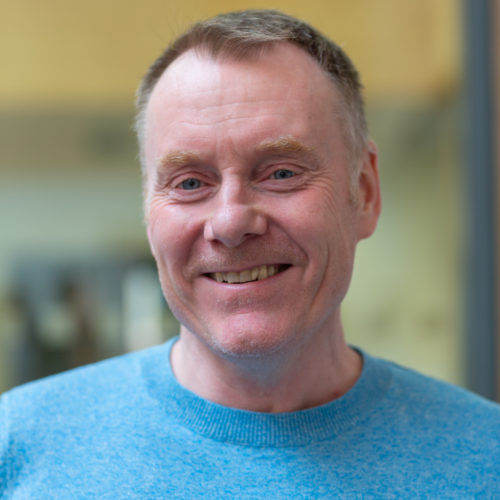 Paul A. Rodgers is Professor of Design at Imagination, Lancaster University, UK. He holds undergraduate and postgraduate degrees in Design from Middlesex University, London, and a PhD in Product Design Assessment from the University of Westminster, London. Prior to joining Imagination Lancaster he was Professor of Design Issues at Northumbria University School of Design (2009-2016), Reader in Design at Edinburgh Napier University (1999–2009) and a postdoctoral Research Fellow at the University of Cambridge’s Engineering Design Centre (1996–1999). He has over 20 years of experience in product design research and has led several research projects for Research Councils in the UK and design projects funded by the Scottish government and The Lighthouse (Scotland’s National Centre for Architecture, Design and the City).

His current research interests include hybrid creative practice, exploratory and experimental design research methodologies, design for the third sector and public engagement, and how the discipline of design and how disruptive design interventions can enact positive change in health and social care and elsewhere. He is a co-founder of the highly successful Design Disruption Groupwho collaborate regularly with a range of commercial, public and third sector organizations such as Newcastle YMCA, Greggs the Bakers, Newcastle Carers, Traidcraft, and Alzheimer Scotland.

AHRC Design Challenges of the Future 2020