A Keynote without words

Marc Tassoul is a lecturer at the Delft University of Technology, author of Creative Facilitation and an expert on bringing people together to think and create collaboratively. In planning The Knowledge Exchange conference we wanted to draw on the tacit knowledge of expert facilitators such as Marc to demonstrate the power of good human facilitation. We approached him to deliver a keynote at the conference, knowing he would deliver something highly relevant to the idea of designing KE, but without any idea what he would do.

Marc started his keynote with two ideas he introduced from the Open Space Technology approach to collaboration:

Marc’s advice to everyone present at the conference was to embrace the opportunity to exchange ideas and collaborate with the 80 people present on the day, not to worry about who wasn’t present or the fit of the people who were. His message was to seize the moment to make everyone’s perspective count, to get involved rather than to observe and to leave with every possibility explored.

To demonstrate the potential for working together Marc followed with practical advice with something unexpected (certainly to us). Marc had everyone in the room make sounds, starting with rainfall, then the sighing of wind, then the tweeting of birds. He conducted the room, asking one group of audience members after another to move between the different sounds or to vary what they were doing. Combined the sounds told a brief story, ending with birdsong after rain.

The result was an experience that everyone shared and everyone contributed to. There was individualism (someone was great at doing a Cuckoo) and uniformity. It was a great way to tell us all something about working together without the need for theoretical terms or complex explanations. In fact, when asked for the reason behind what he did, Marc outright refused to provide an explanation. For Marc there was no need for a logical explanation, for what he did. He emphasised the barriers that logical explanations can put in place; either from demanding them, or adhering to them once provided.

We are very grateful to Marc for delivering such a unique and inspiring keynote. 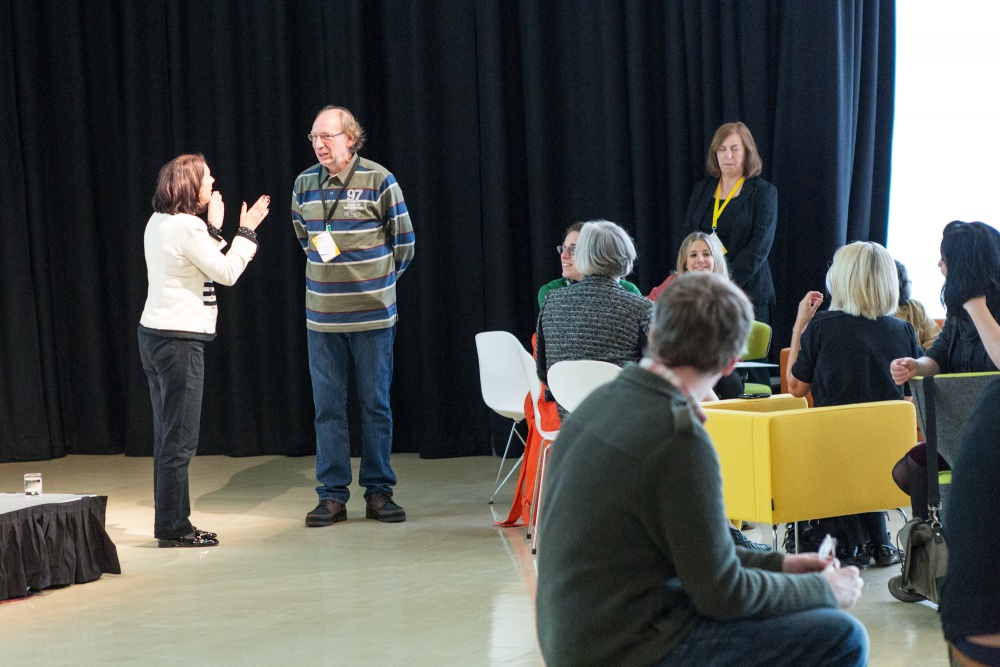 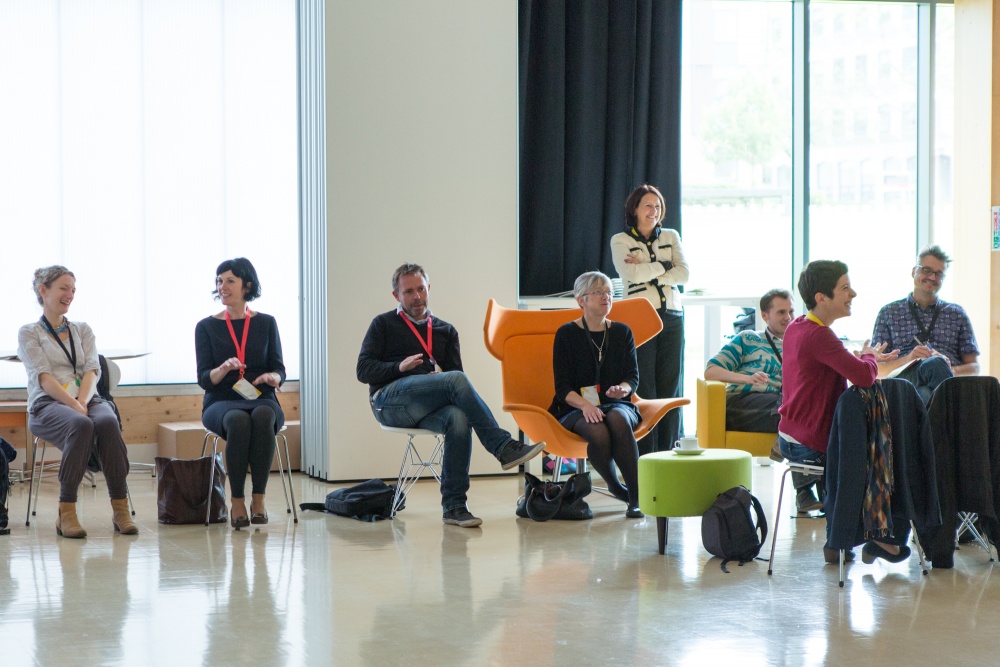 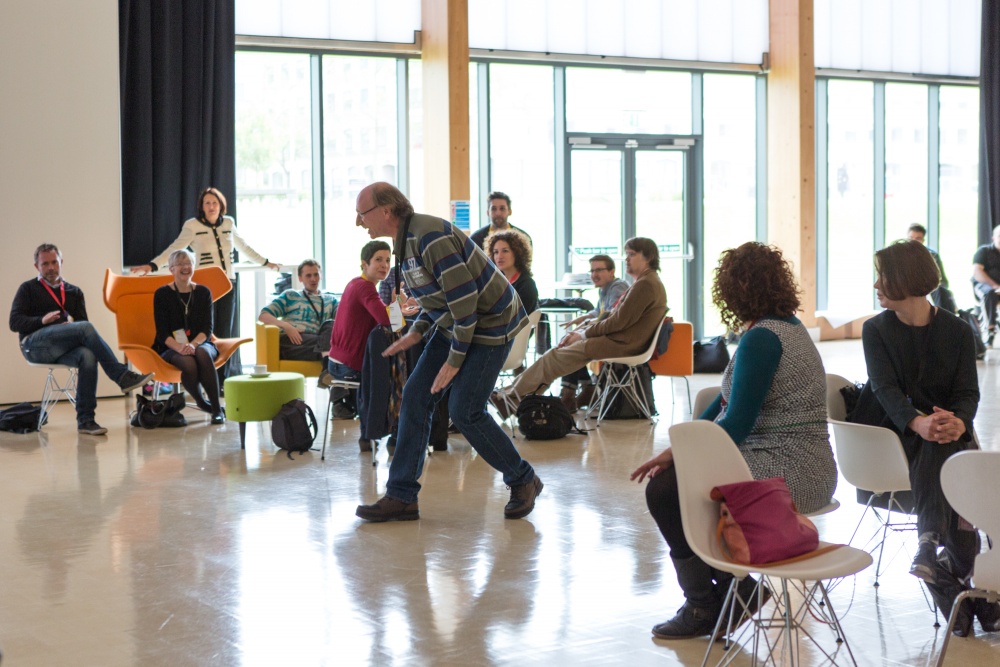 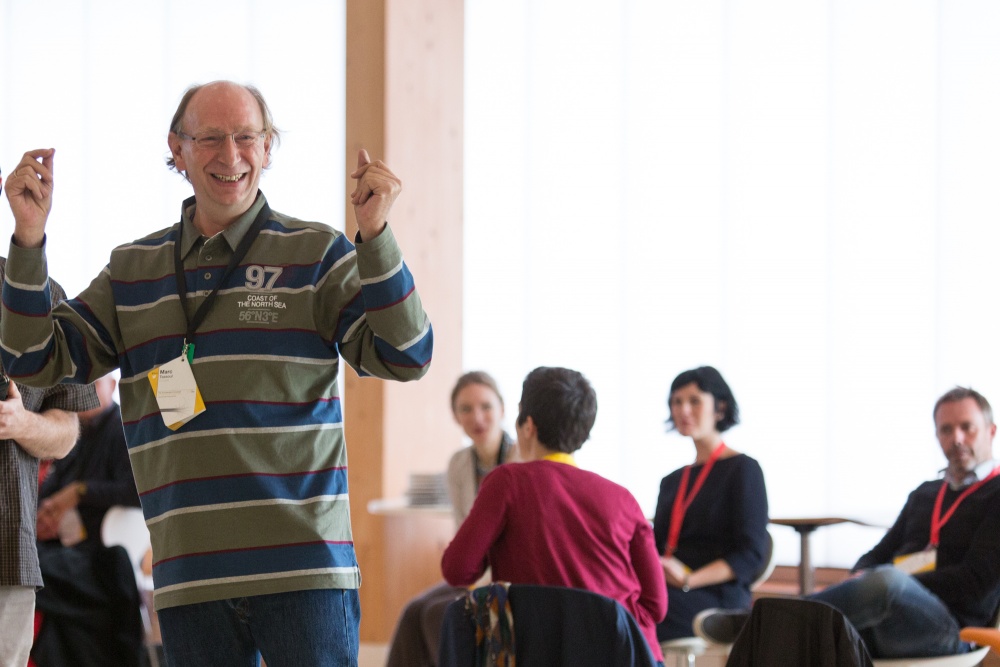 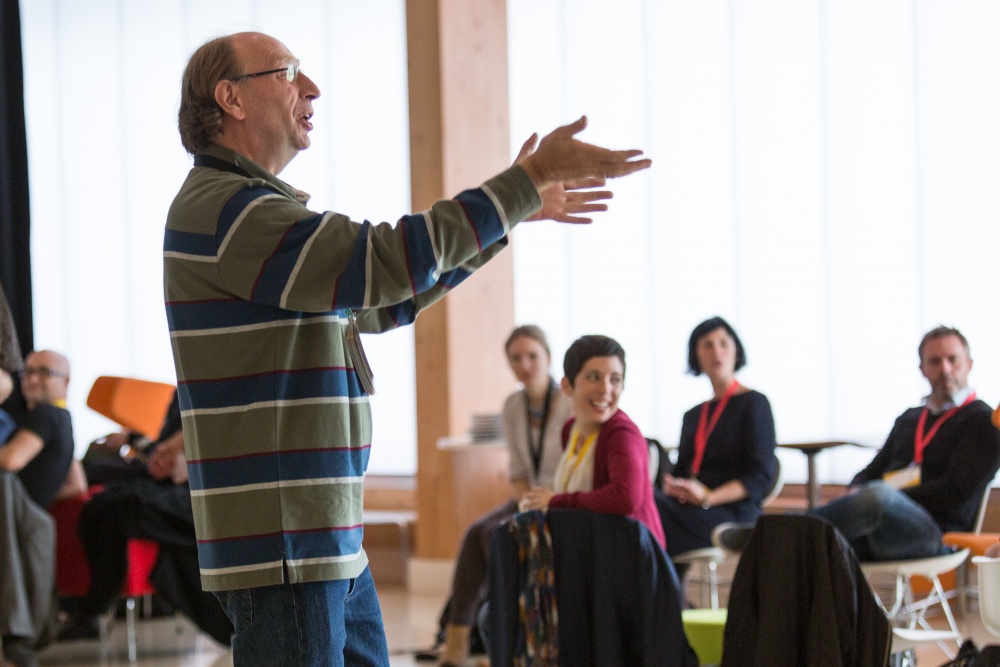 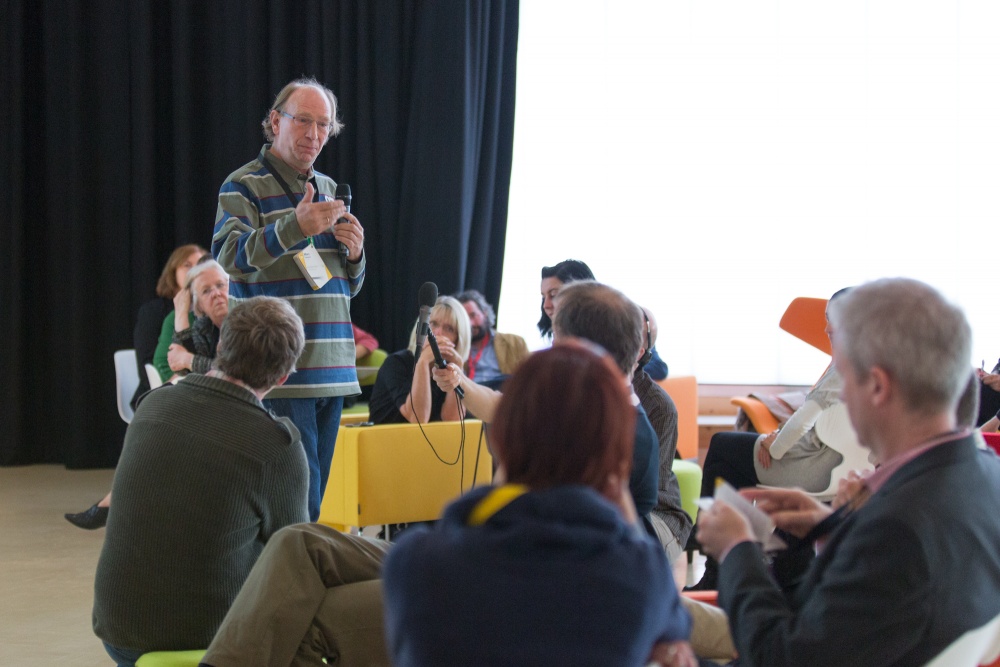 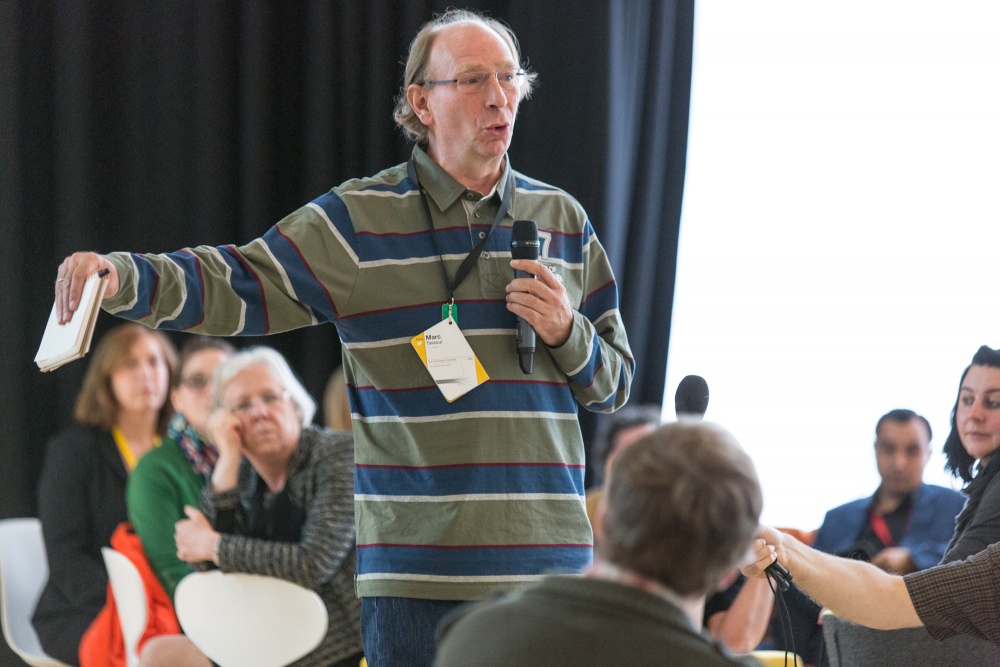