Medical Webcomic on the creation of a Malaysian national health database

Following the outcomes of the workshop run with senior citizens on April 2018, the ImaginAging team have taken forward one of the proposals arising from it and developed a medical webcomic that presents the creation of a national health database accessible not only to healthcare practitioners but also to researchers. 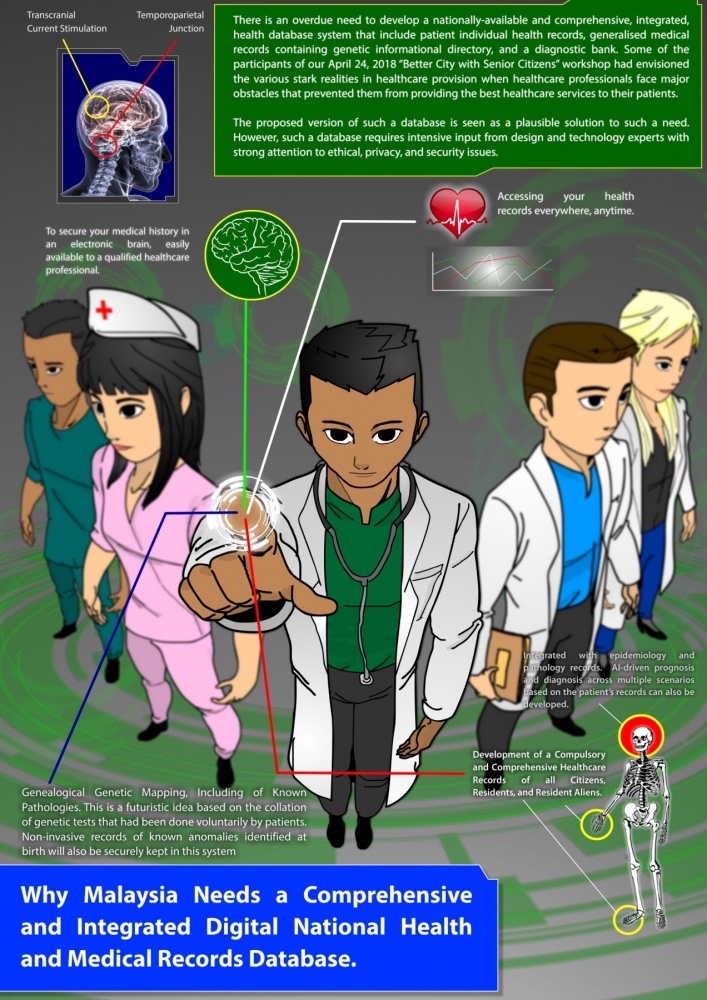 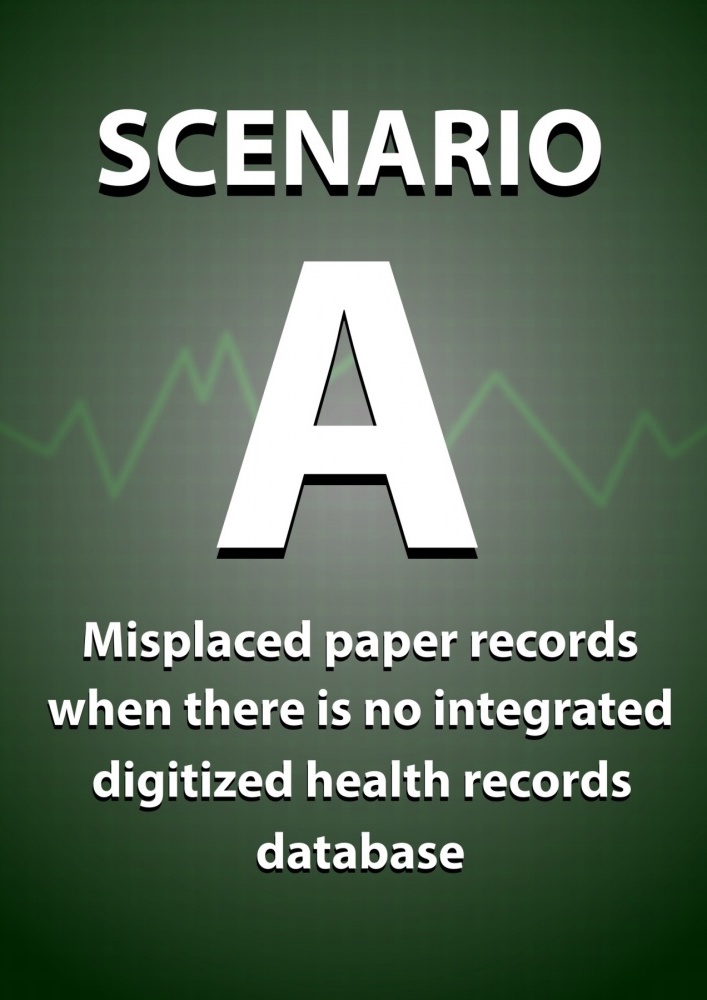 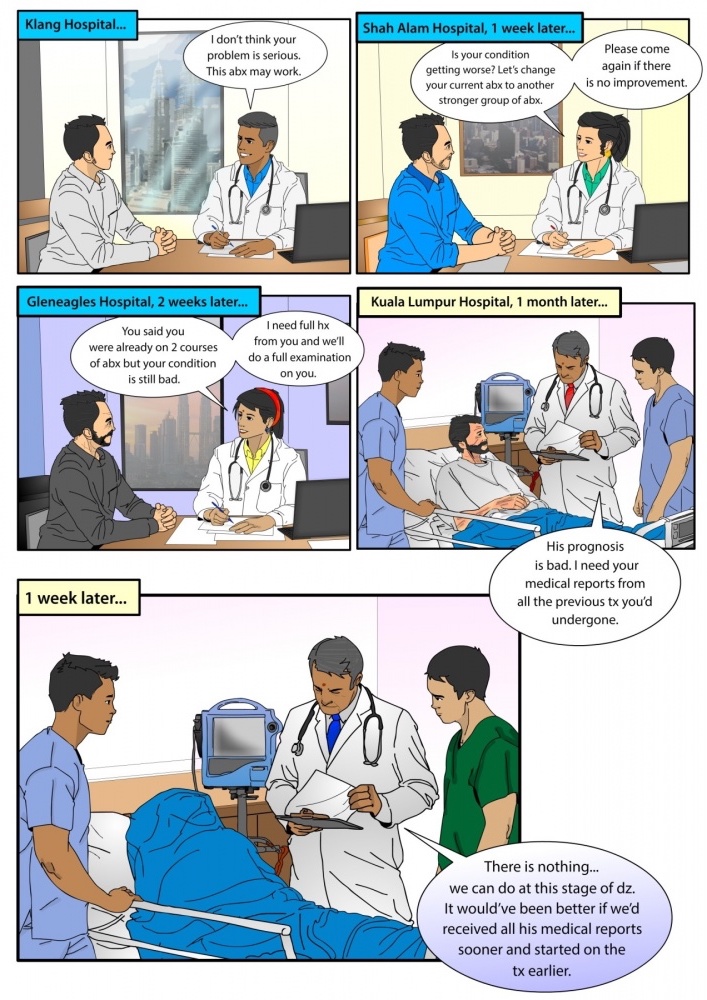 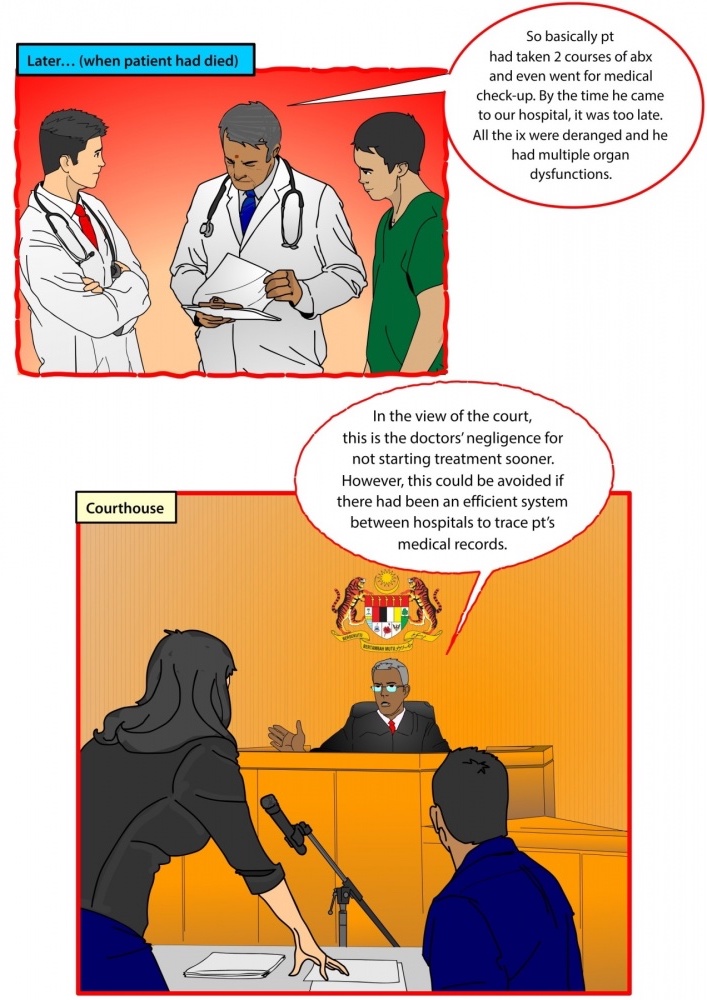 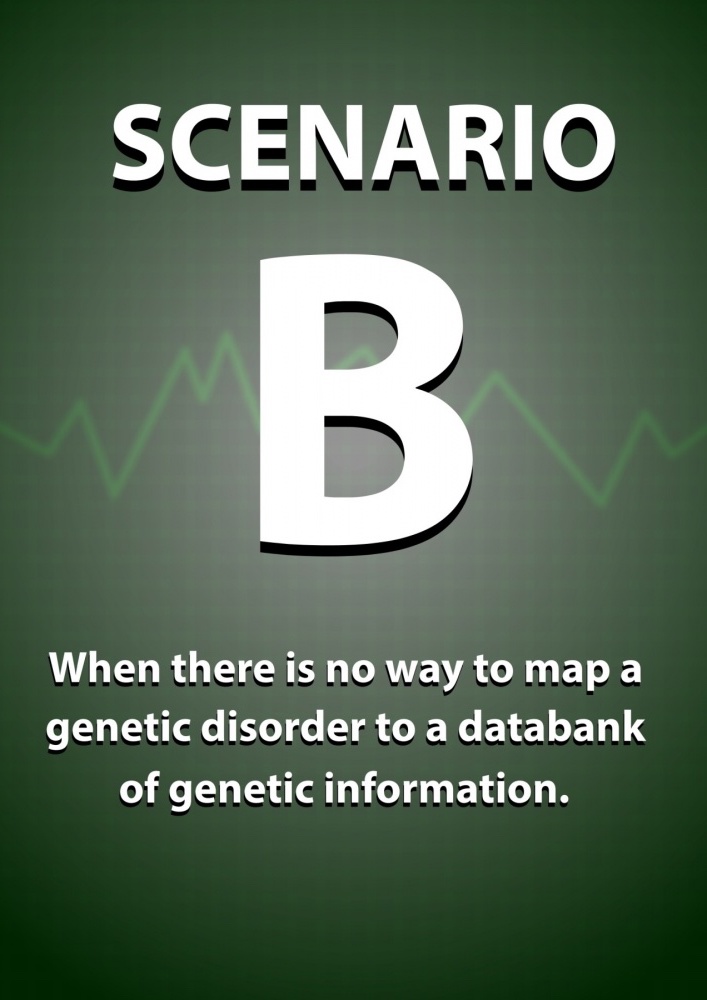 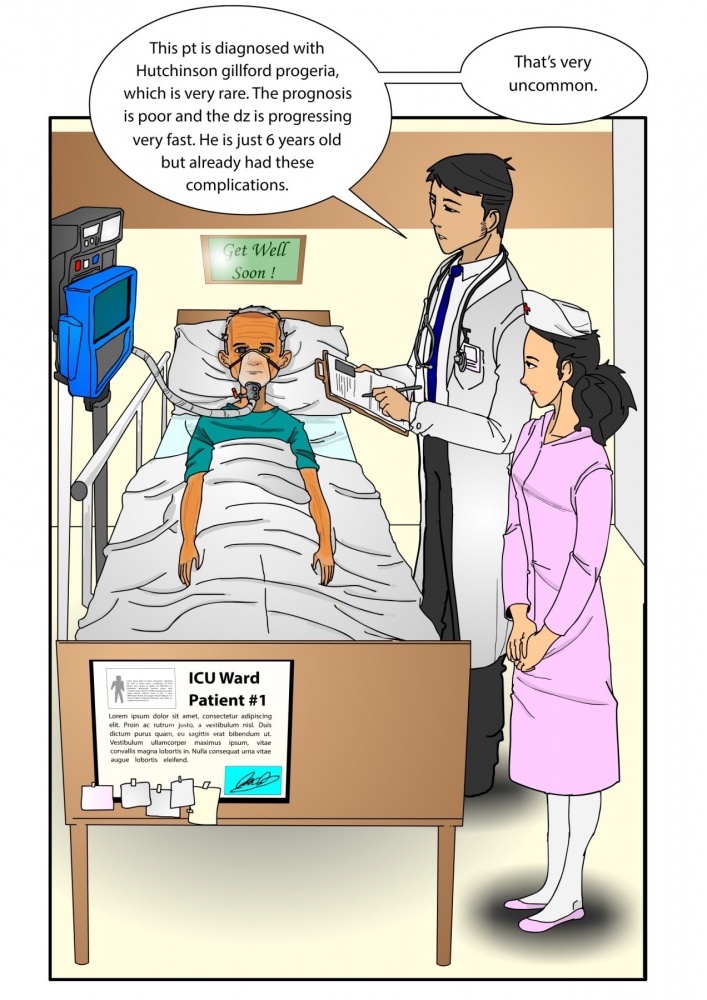 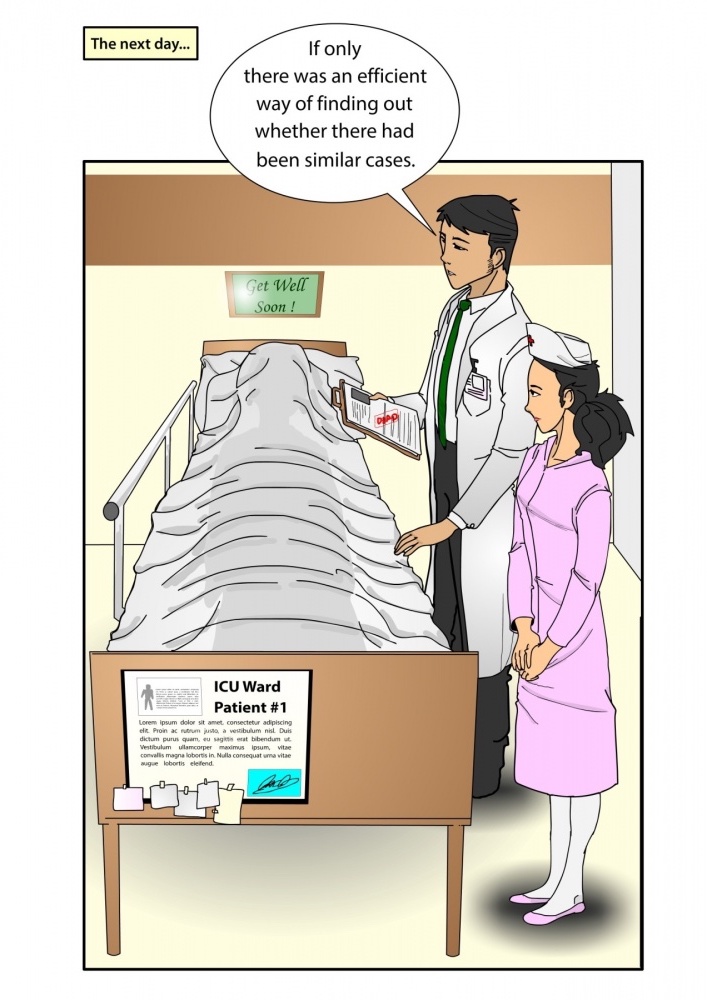 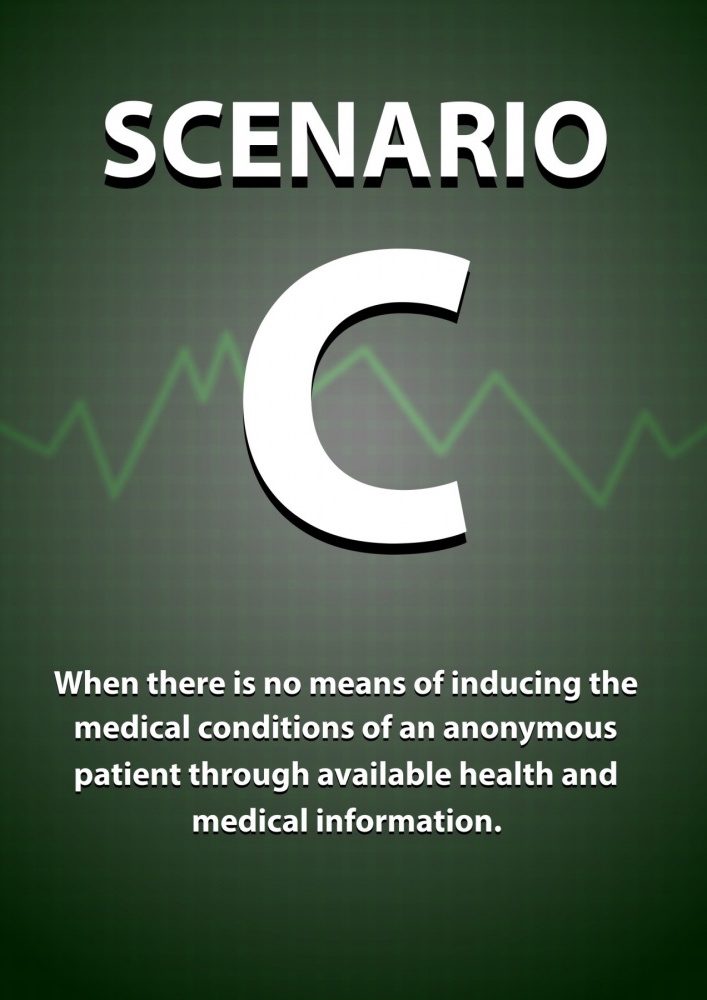 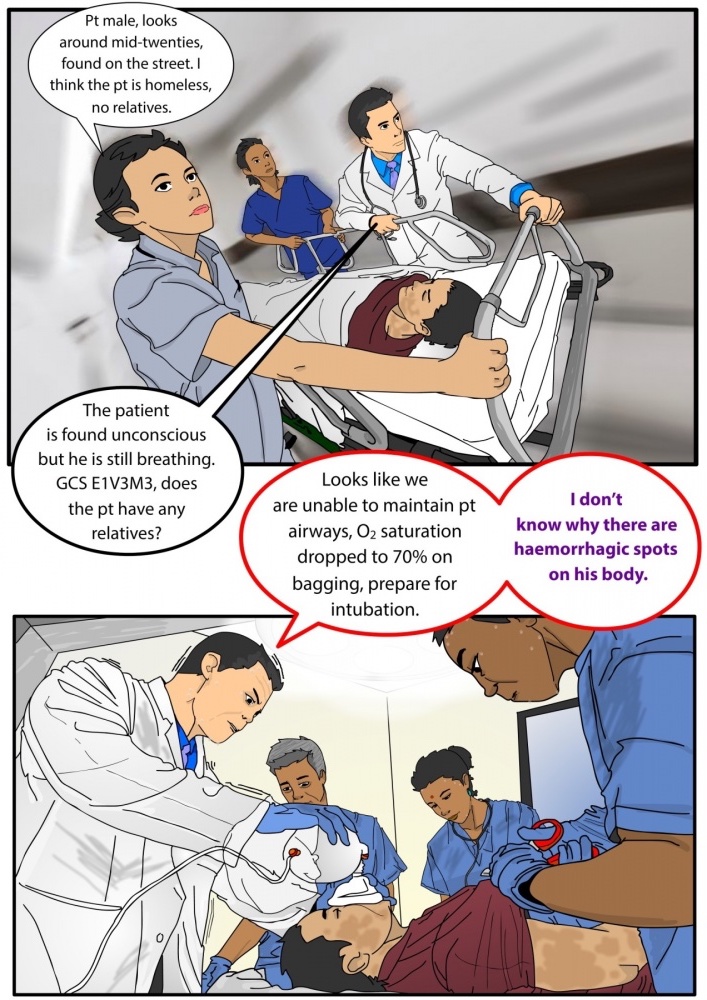 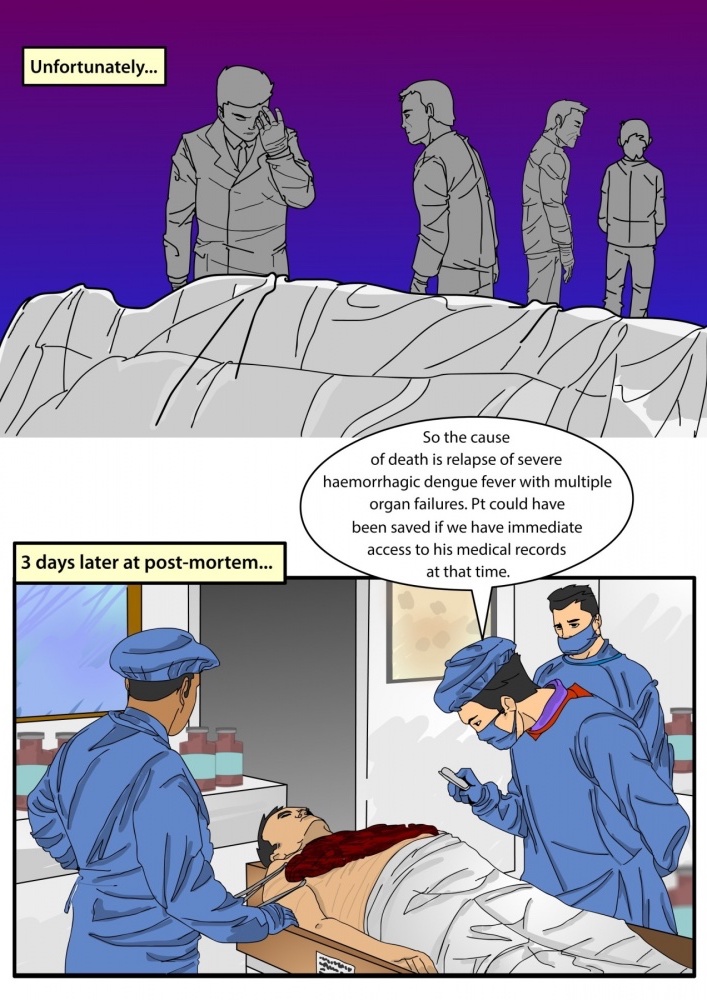 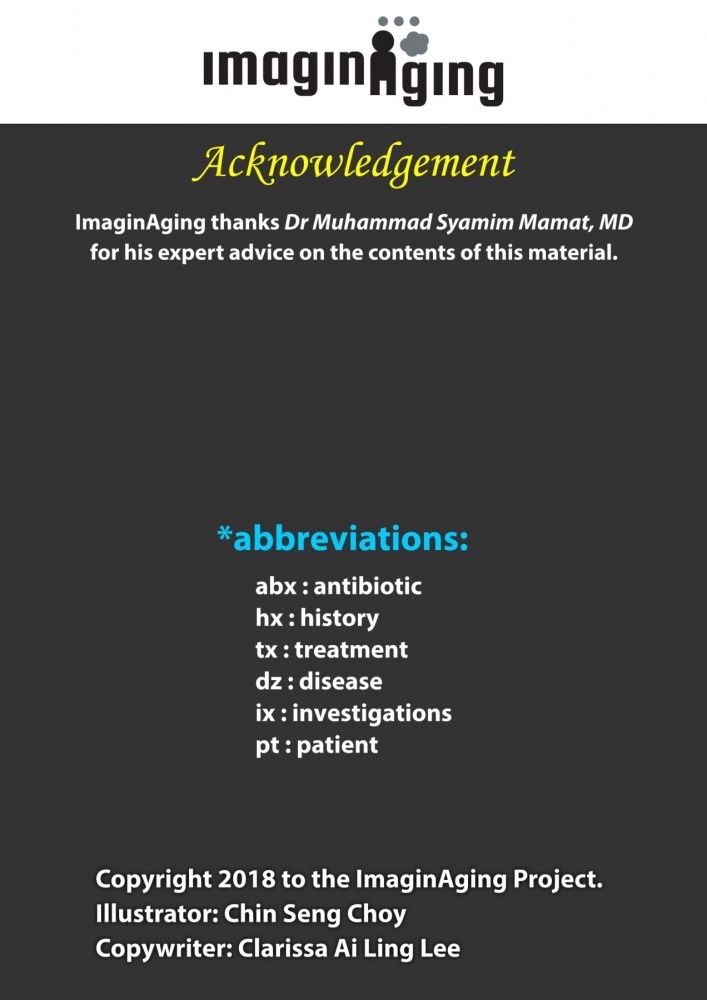 It is aimed at creating an impactful idea around the creation of a national healthcare database that contains not only comprehensive medical records of all residents of Malaysia (citizens or otherwise), but also records relating to disease patterns, genetic family trees (that could potentially match those with truncated or missing genealogical information), and types of treatments that had been given to each kind of ailment, among others. The webcomic does not aimed at tackling the issue, but rather, to develop openings for the discussions of these issues in the planning of such a database.

It includes and considers three possible scenarios when such a database exists/does not exist:

Scenario A: The story of a patient who has been administered the wrong treatment or drug because of the mismanagement of the patient’s medical files, since they are maintained as paper files, which are messed up during transfer of the records from hospital to hospital, and between departments. The patient dies, and the hospital involved is sued for malpractice. If the database existed, the hospital would not have had to shuffle the paper files around, and medical practitioners would have been able to verify the medical history of the patient at every point of the patient’s treatment.

Scenario B: The story of an orphaned patient who does not know his/her parentage who is then struck by a rare disease, with symptoms not commonly understood by most medical practitioners. This patient is found to being in a critical condition. The patient then dies. If the database existed, the medical practitioner would have been able to track case histories of similar symptoms represented by the disease and perhaps, even match the orphaned patient to family tree (based on past records of other patients).

Scenario C: The story of an undocumented patient (who might be a citizen or not) that was admitted unconscious and with no family to be called upon to provide information on the patient. The scenario led to the doctor having to work with what is safest to revive the patient. The patient then dies. During post-mortem, it was a found that the patient has a treatable disease and could have been saved if the attending doctor has had the right information to work with. If the database had existed, the identity of the patient may have been discovered within limits –which include ascertaining the nationality and other vital personal details of this person. The patient may have been saved.

You can also download the full webcomic by clicking the file below.