This warm Wednesday evening proved an unusual one on the micro-garden site. We had taken delivery of 2 tons of topsoil and it quickly became clear that relocating this to our newly made beds would be the main work achieved this evening.

Two members of the micro-garden group were joined by two members of The Good Things Collective film crew and we all set to work shifting this earth using buckets and shovels. We were later joined by a third member of the group and two youngsters who were all keen to pitch in and help.

Once we’d cleared the soil, the film crew (a video and a sound engineer) set to work filming different parts of the garden in order to make a short film about the work that was happening on site. The main part of this filming was a talk that had been given by one of the members at the first Growing Together workshop on the historic perceptions and uses of fences, which was designed to be a precursor to further group discussion on the topic. This film should be available for public viewing in a few weeks via the Good Things Collective website: 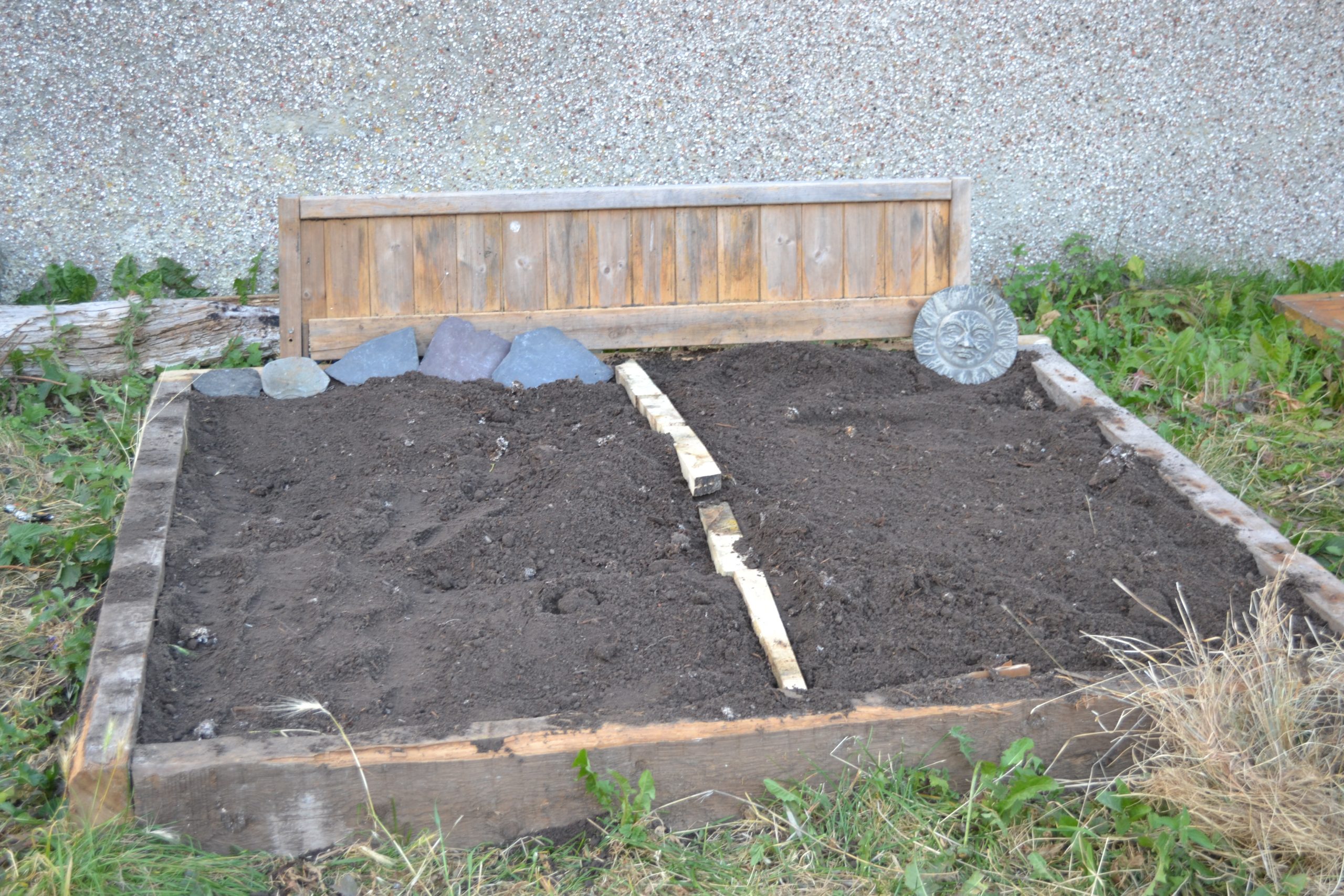 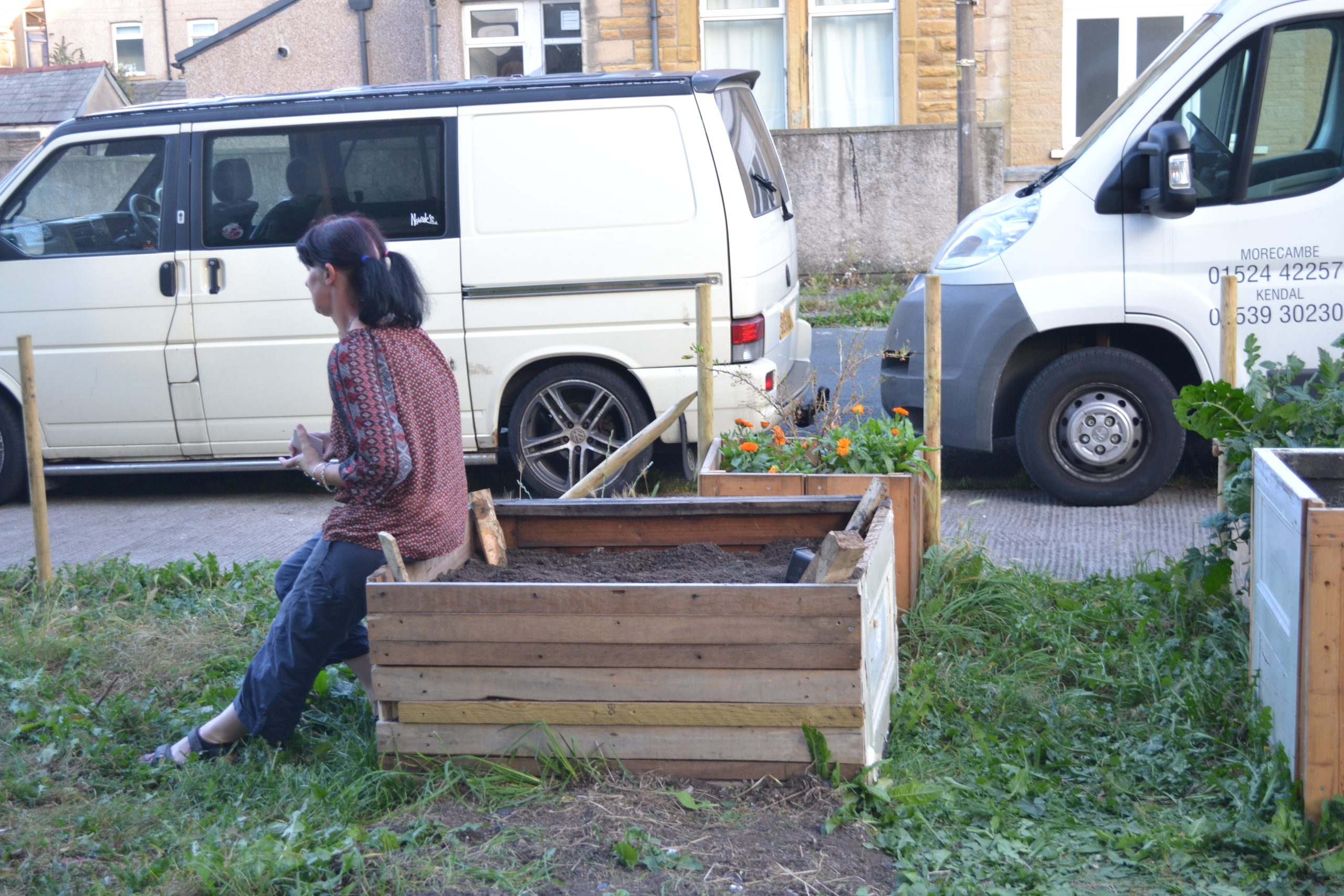 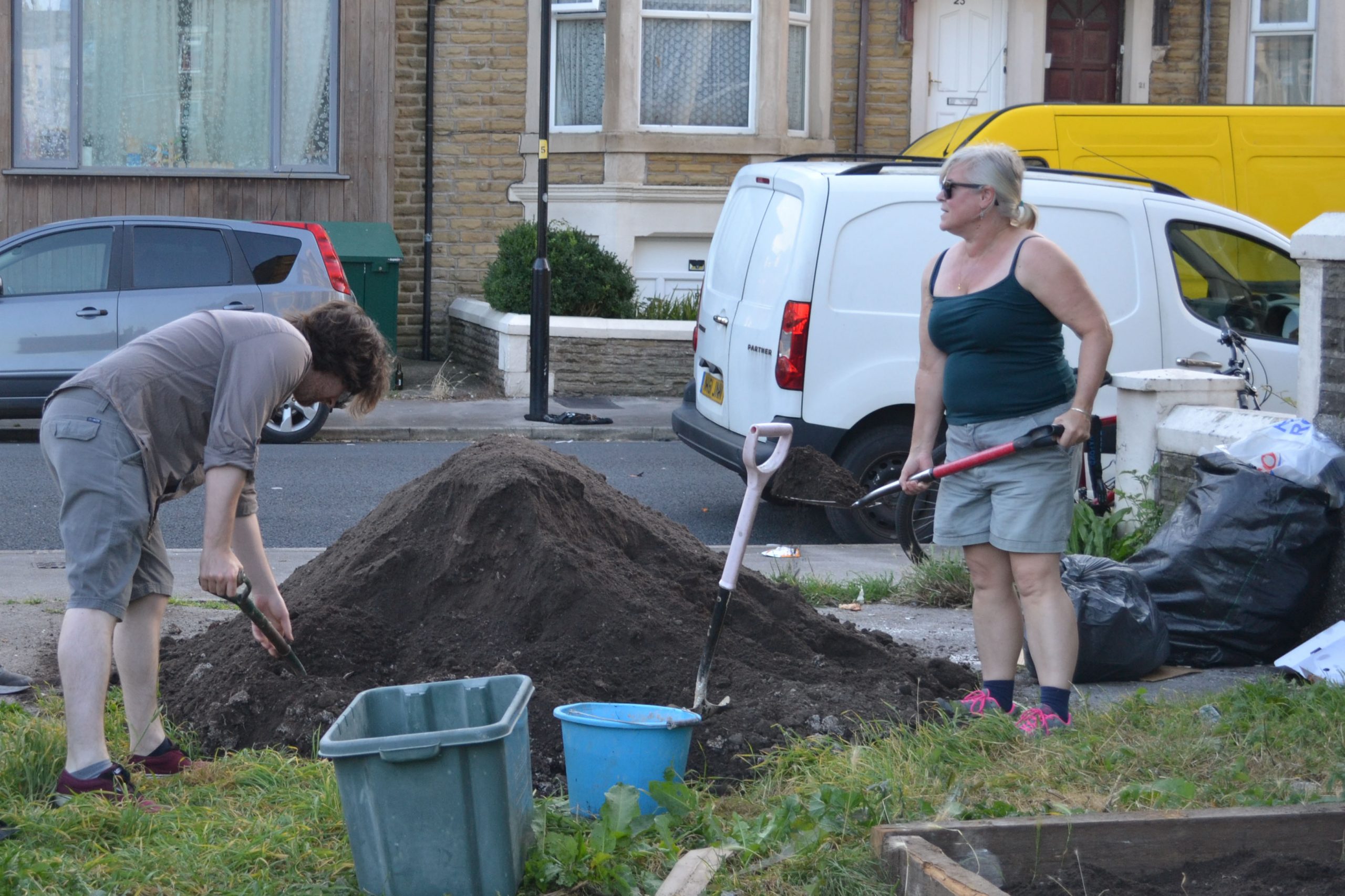