The productive city as a generator of wealth

Cities are the visible face of the identity of their inhabitants but coexist with them, a series of more subtle and intangible expressions: traditions, customs, ways of doing and thinking, the vision of the world, the cultural heritage. This gives meaning to the place, conforms the urban historical landscape, and beyond the legitimate concerns to conserve it, one must have the inescapable responsibility of living sustainably with the natural and built environment so that the heritage has a future.

For this to take effect, heritage must be understood not only as a set of assets and buildings with cultural or historical relevance but as the dynamic and living totality of man’s creation, his needs and desires, as well as with the interaction of nature that underwrites it. The historic urban landscape emerges as a new way of looking at the city, its historic centre and the natural and built environment, with an integrating vision, in management, conservation and planning.

Heritage has a universal value of cultural and historical projection that must be reflected in the adequate response of society to each place. For this reason, the strategies of inter-institutional agreements and the cooperation between the different entities created for their safeguarding and management are essential figures for their programming, operation and execution, handled integrally in urban planning as a resource that generates cultural and economic wealth.

The criteria for evaluating the values ​​of our heritage viewed integrally, begin with the investigation and knowledge of the site, its origin, its location in the human context that contains it, its qualities, the urbanism that characterizes it, archaeology, its architectural typologies, its possibilities of use, the nature that surrounds it and the worldview of the society that makes it its own. All this to recognize it as an integral part of the concept of a productive city as a generator of wealth, through the proposals and initiatives that, based on its analysis and diagnosis, can be developed from a vision of physical intervention through the recognition of its values ​​as dynamic elements of each proposal for specific and comprehensive intervention.

It is essential that, in the criteria for urban planning, historic centres maintain their function of “centrality” as an ideal area for administrative and government facilities, creating a balance with the diversity of uses, as well as traditional and modern elements, which they can coexist in the same space and maintain an active life with profitable and attractive uses. There must be a balance of urban functions between the city and the historic centre. The authentic conservation of the historical centres and their inclusion in the city’s development model is in its key role as an urban centre and as a seat of social, educational, administrative and residential facilities and not the exclusive or excessive commercial and tourist specialization that steals citizens their sense of being, their roots and their inalienable right to use it, with quality of life and enjoyment.

It is, therefore, necessary to point out that the new paradigm of the city and its heritage must be based on an interdisciplinary reading, with aspects that include uses, population densities, destinations or social values, essential in the integral conservation processes of the city and its heritage. In the old city, people from all social strata share the same urban spaces. Finally, it is important to consider that all information generated from these experiences should support the research and above all, serve as a basis for future decision-making. 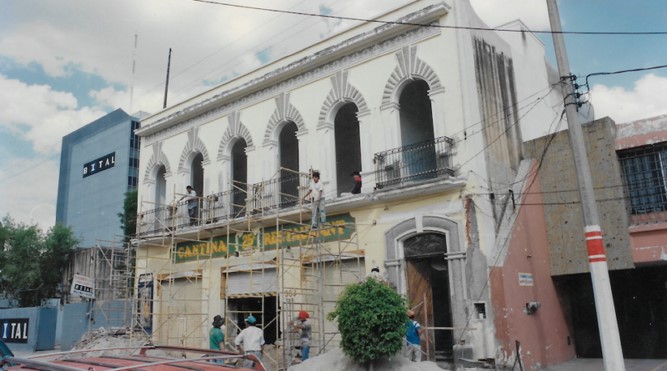 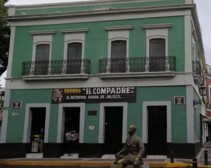 As a follow-up to the second part where the problems evidenced through the diagnoses were analyzed in-depth, not only of the physical heritage but also of the state that it has concerning the identity and values ​​of the site. The different elements that constitute the heritage of the area were identified, as well as the state of deterioration, both physical and of the tangible and intangible values ​​that signify them. In this third part, the diagnosis of each quadrant, based on those significant elements for the construction of the identity and heritage of the place, led to comprehensive intervention proposals aimed at rescuing, not only the singular heritage and its context, but also the delicate one The balance that these must maintain with the human dimension that contains them, promoting, at all times, the regeneration of the social fabric through each intervention and proposal, considering, for this purpose, concepts such as inclusive spaces and uses, uses that promote the roots of its inhabitants and interventions from sustainability as a substantive element to be considered within the proposals for physical intervention, a concept that ranges from the recovery of the natural landscape, to the consideration of materials and intervention processes that are kind to the heritage in particular and for its context in general, counting in this regard with the support and advice of Dr Alejandro Moreno-Rangel, Research Associate at Lancaster University, specialist in sustainability. The reflections on the values ​​that are inherent to them, as well as the diagnosis of the state of conservation in which they are, represent the sustenance to be able, based on these considerations, to determine levels of intervention, actions and viable projects, from sustainability, for their rescue, conservation and enhancement from the social dimension that brings them together and signifies. 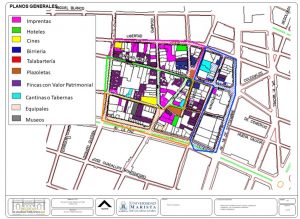 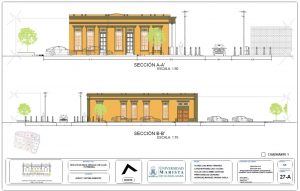 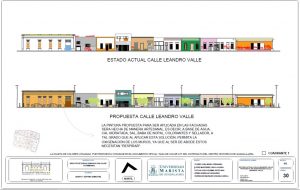 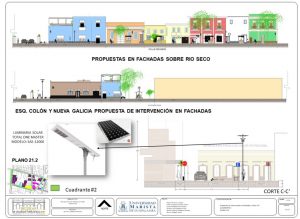 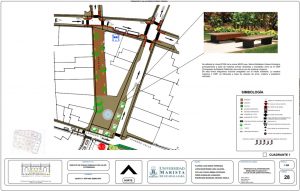 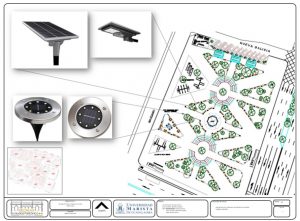 Based on the previous analysis and diagnoses of the state that keeps the heritage, tangible and intangible, of each quadrant, work was done on proposals aimed at recovering the area in general, considering, at all times, its productivity and the relationship that, historically, has kept with the rest of the city from the historical productive activities that the area by its own specificity has developed throughout its presence as part, not only of the historical urban fabric of the city but also of its sociocultural values ​​as elements of identity that have historically added to the features of the city as a whole.

Analyzing the elements that makeup and give meaning to the collective consciousness, as well as the global vision of the area (through analysis by quadrant), its identity and the most significant heritage features, the state of conservation that they keep, as well as the consideration of the deterioration of the physical heritage, allowed working in the areas with high heritage value identified in the previous stage, through an in-depth analysis of these particularities by quadrant, this made it possible to establish specific problems that gave rise and support to the different proposals of intervention for the comprehensive reassessment of the area from a broad, comprehensive sustainability vision.

This exercise forced the review of all the aspects analyzed in the first and second parts, focusing, now, on the previously defined areas with potential for development in attention to the heritage they contain and the possibility of generating intervention projects that, effectively, promote recreating, from its enhancement, the most representative features of the area, strengthening collective awareness through the use and enjoyment of its buildings and urban spaces, contributing to the socio-economic and socially responsible development of each particular quadrant and the area in general, based on the consideration of their identity features comprehensively, promoting the regeneration of the social fabric through proposals for sustainable intervention that energize the productive life, uses and customs of its inhabitants, fostering a global city project productive generator of economic and cultural wealth. 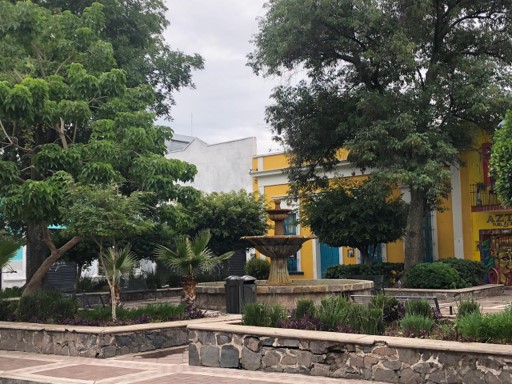