The city, as a social construction, is an object that, over time, superimposes its forms, ideas, meanings, and intervention policies. Through the public space configuration and reconfiguration, the city develops its monuments and buildings as urban landmarks generating its identity traits. This tangible heritage impregnates with another no less important, the intangible, which gives it meaning.

To recreate the careful balance between the historical and modern city, it is vital to recognise that its streets, squares, and buildings are embedded with the stories of those who inhabit it daily. Hence, the historic city transforms itself into a hybrid combining times, textures, and experiences. A space that reflects in its urban image, like an extraordinary historical text that preserves the mark of time in its tangible elements and portrays the multiple cultures that inhabit it.

The man of all times, of all cultures, of all races and all creeds, began by telling his own story. They tell it through different manifestations reflected in the city through the different artistic and cultural expressions. Today they are part of the identity and heritage of the city. Over time, they have been considered highly valued heritage due to these characteristics that give them a touch of original uniqueness. Through these features, cities are built like a massive puzzle through values ​​and meanings that add variety to their unity as a container for activities, stories, and lives.

The urban spaces’ value lies precisely in this wealth of space, shapes, and meanings; they build the city from each personal history. The historic city speaks through its different expressions. Above all, those who inhabit it speak, generating a round-trip language that expands and reveals itself before the enveloping symbols, occupying and rewriting them. Therefore, it is necessary to understand the city and its spaces as bearing elements of the most representative features of those who inhabit it to help recreate the city from memory. 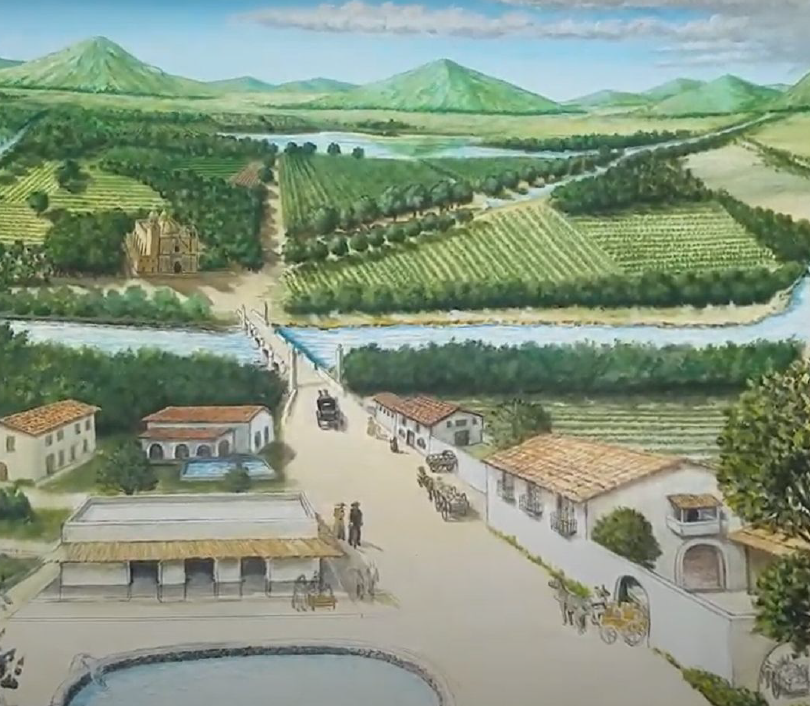 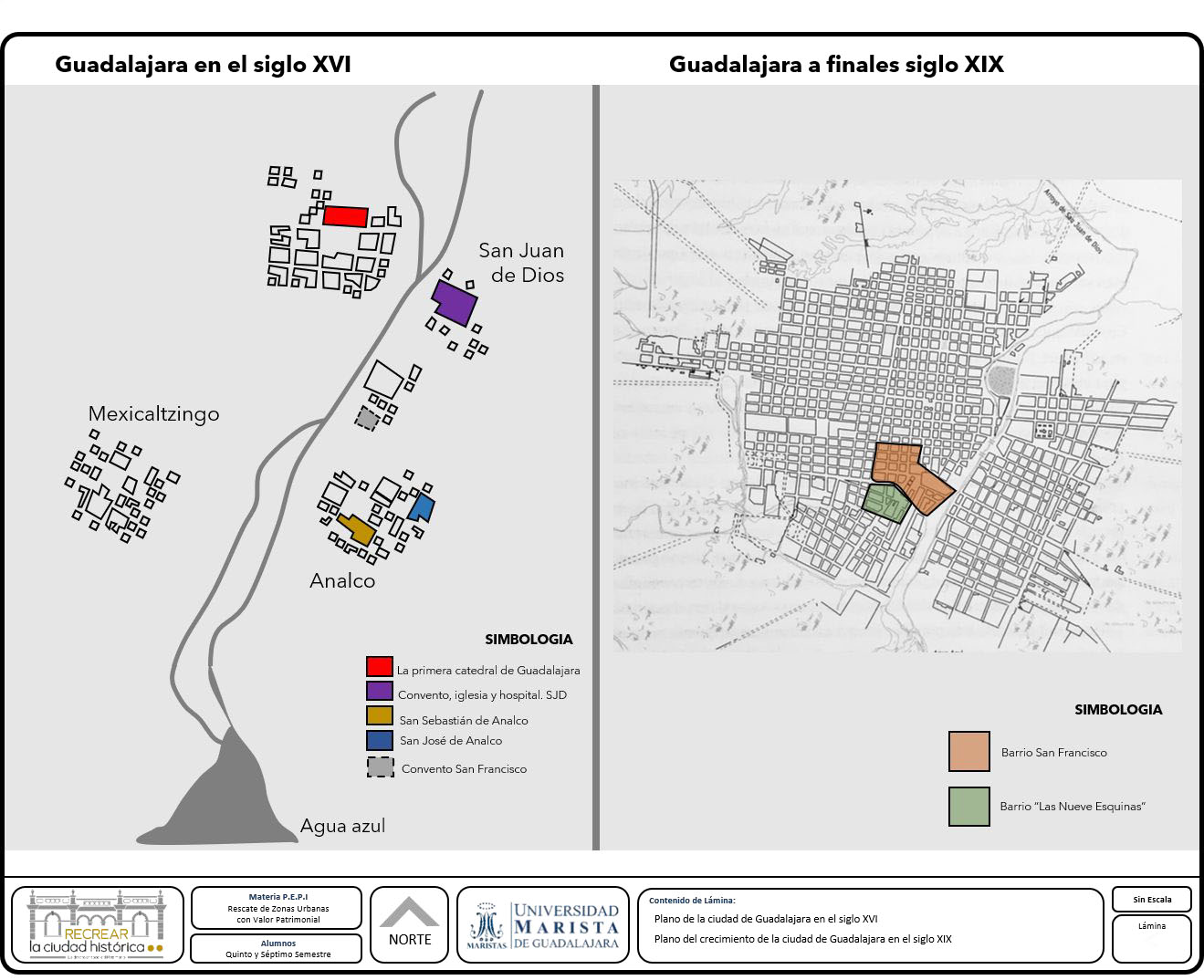 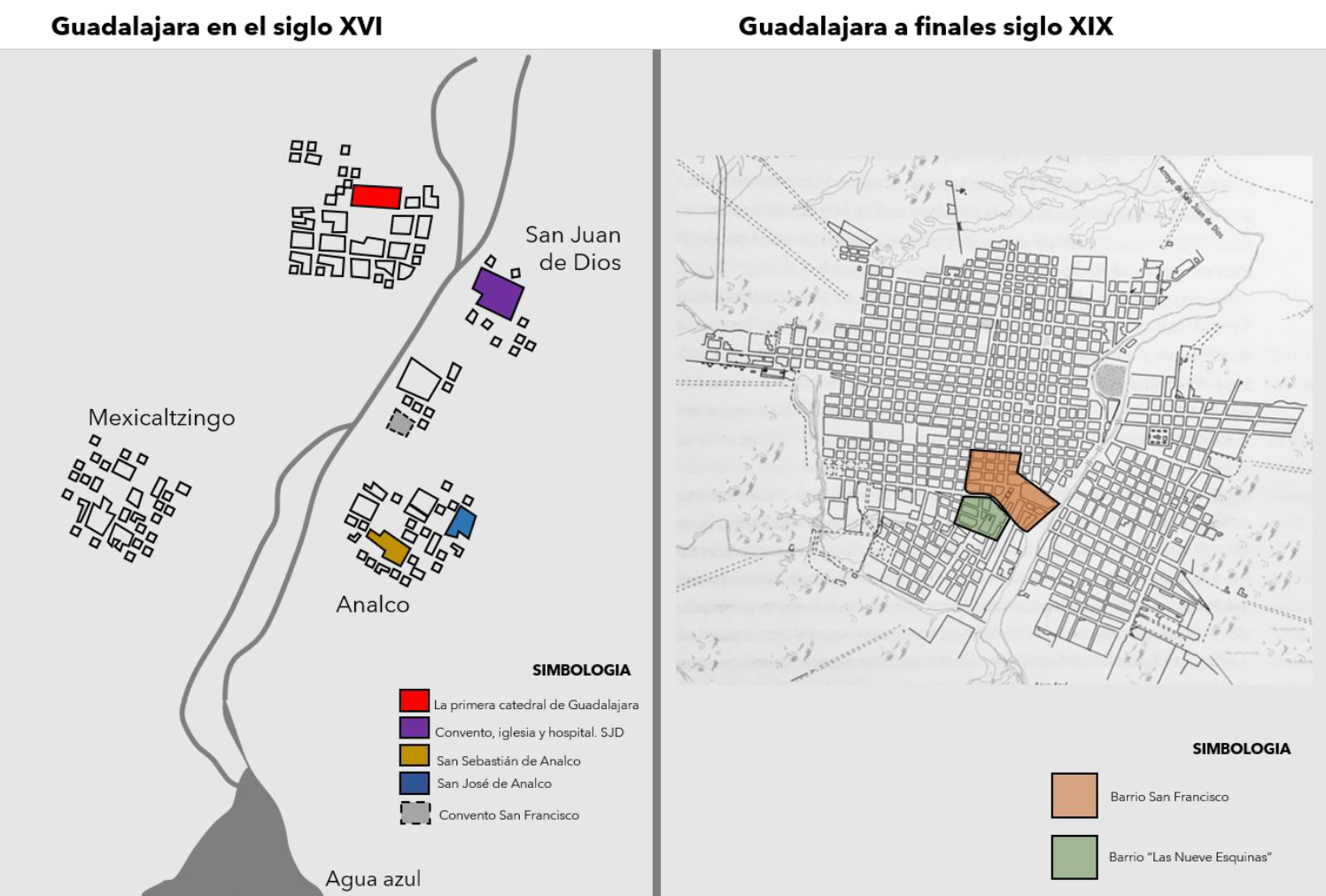 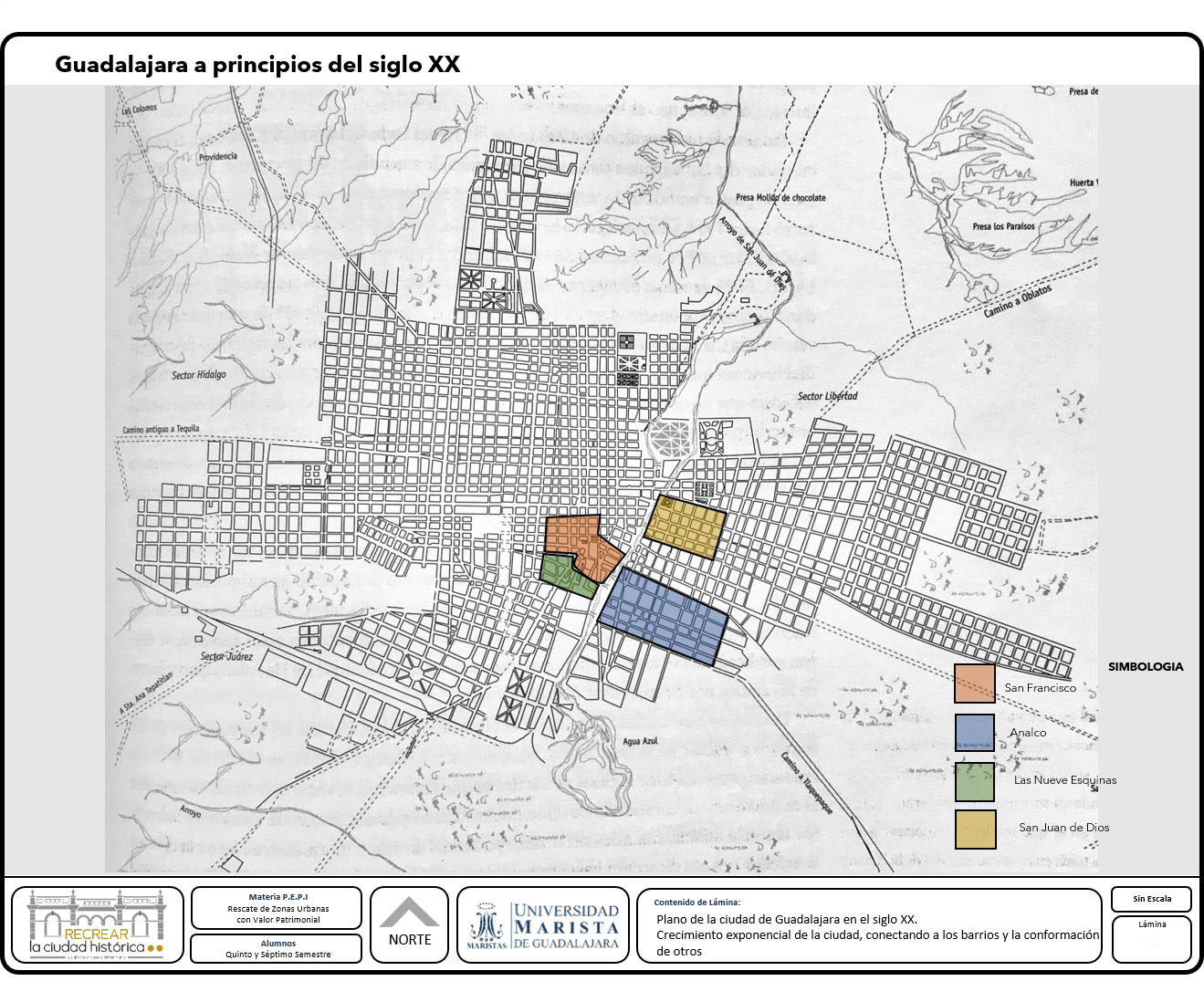 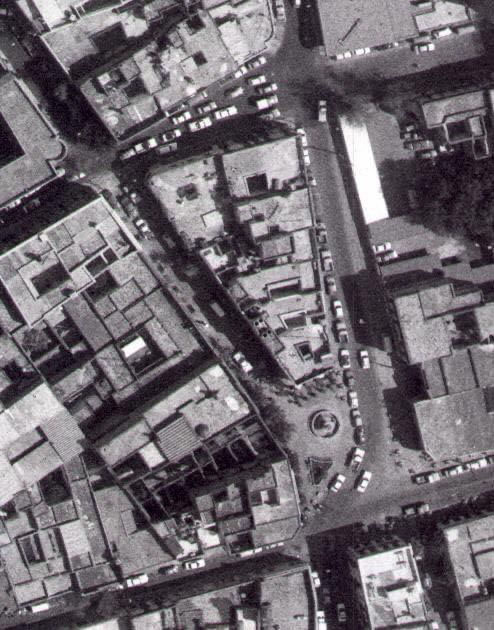 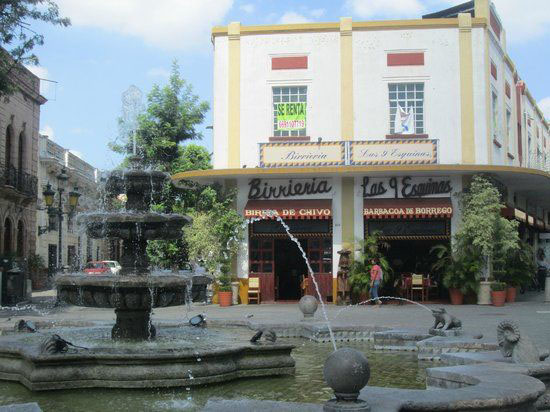 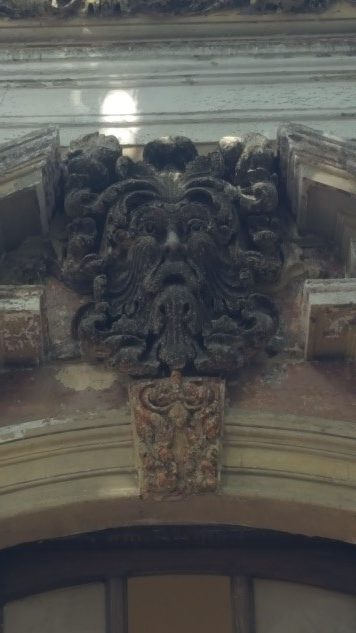 At first glance, the students analysed and understood the urban spaces. In this process, they acquired the knowledge of the conformation of both the city and the neighbourhood. The nine corners, an area of Guadalajara’s historic city, is the case study for this work.

Through the analysis of urban growth and consolidation patterns, it can be seen that these processes that seem eminently territorial are also due to the socio-cultural needs of the moment. The public space is forged through social interaction, and in it, the most representative features of those who recreate and inhabit it are reflected.

Through tours of the area, the students were able to contrast those bibliographic data on which the area’s analysis began. The students had the opportunity to experience first-hand the transformation patterns and changes over time. Many of these changes transformed the social dynamics and uses, which were not appropriately managed and diluted the social fabric disrupting the physical and urban order. Based on these findings, the students determined those elements of the tangible and intangible heritage, through which it is possible to re-imagine the neighbourhood and envisage the city.

Engagement with the local community and neighbours enhanced the site visits, as they contributed experiences that contributed to complete the reading of the area from its social and human component. They served to collect concerns and stories that broadened the horizon of assessment of those inheritances that remain as an integral part of the patrimonial value of the area. They will have to be the subject of careful analysis to ensure their survival through their respectful integration into any proposal for future urban intervention. 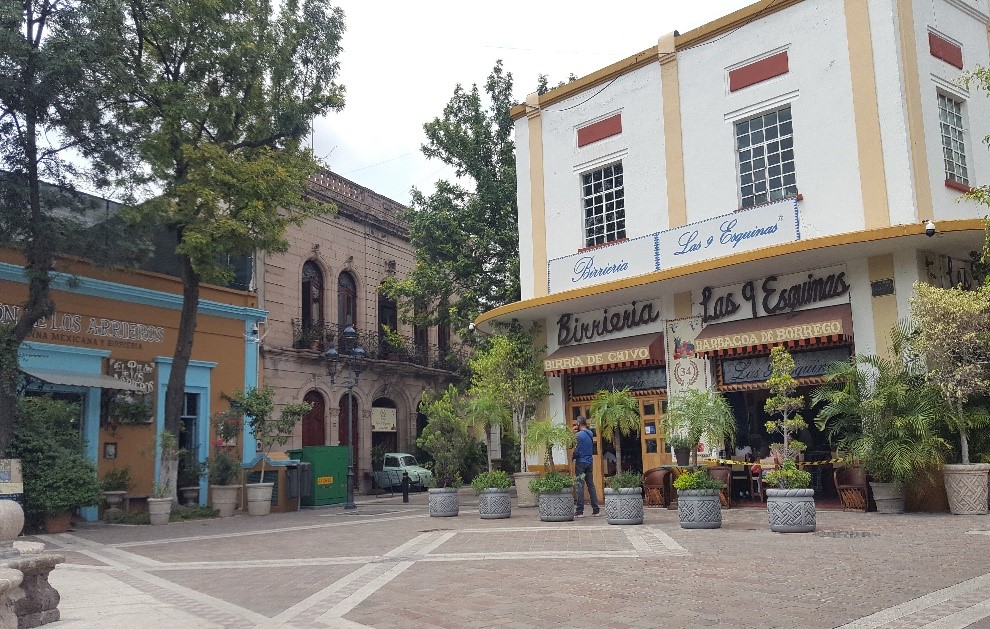 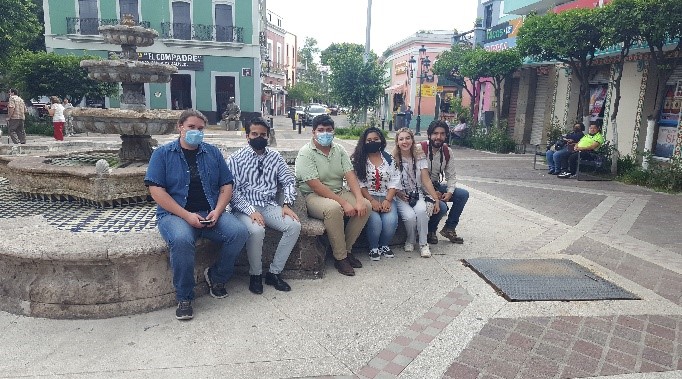 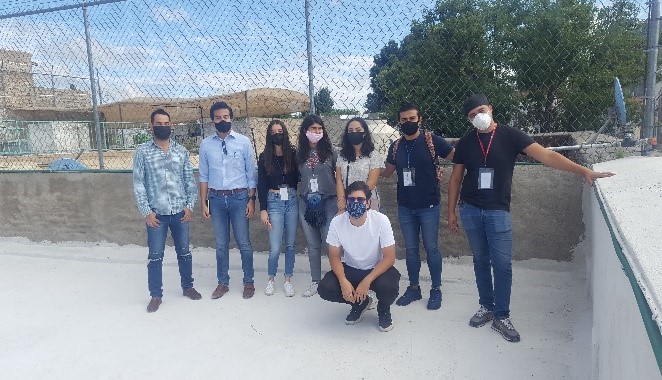 Co-Presence in the Architectural Studio