The Knowledge Exchange: 26 and 27 September ImaginationLancaster

I say Oh la la! What a challenge and what fun!

Under the tones of a tango we entered all rather excited the great Hall at Imagination. A chaotic, or better said, surprising set up of different chairs, banks and tables invited people to spread over the room. All tables surrounded with 5 seats had an Ipad. How luxurious! But also: time and money saving; it soon became clear that the conference participants had to organize themselves. Which of course raises (inter)activity. Further It was obvious that the apparently ‘nonchalant’ organization of this ‘un’conference could only be the grand result of very hard work by a great team of Imagination members.

After Formal Introductions:
We started a short discussion on knowledge exchange – what does not work- how could it work better? Every participant filled in two answers and every group shortly discussed the statements and then had to point out the preferred statements. This lead to having to vote per group out of 2 statements, with one voting on the screen. Only 10 presenters remained out of the about 100 attendants, having 1 ½ minute to explain their idea. And the time judge was severe! I thought it was amazing how much can be said in only 90 seconds!

We had a short break after this knowledgeable ‘warm-up’. (and the breaks brought great coffee and pastries which certainly added to the atmosphere and the socializing)

After a short interactive key-note, bringing the audience to sing, hum and ‘blow’ it was time to listen to the papers. But not a dull endless row of speakers one after one – instead the guests had to select their preferred papers – 2 per round – and make a spurt to one of the 6 lecture circles. When no chairs were left, a pity but no way that you could as yet join the group. Each paper presenter had 10 minutes and could choose to either just speak in a monologue about their topic or shortly present and ask the audience to come up with questions or suggestions. Guess what we chose?

This brought us for the PROUD Co-design café the following ideas:

All this activity left everybody hungry and thirsty, and the great barbecue-lunch we had gave us every opportunity to network, to refresh and enjoy the sun!

In the afternoon we spread over Lancaster where everybody according to the colour of his/her tokens could have a coffee – or tea, after all we are in UK- in one of the wonderful local coffee houses. This all with the reason of knowledge exchange of course and to find out that a different atmosphere most certainly contributes to more liveliness and increased participation in the discussions. We spoke about our great failures and what it learned us. At 5 we stopped, refreshed and not exhausted like after normal conferences where you really need some fresh air.

The evening brought us a more formal stage discussion with the principals in the Creative Knowledge Exchange congress. I already internalized what was discussed, so no way that I can reproduce the content.

The Friday brought us an even more interactive program, starting with a ‘morning hymn’: we were clapping, singing and dancing by a great moderator that finally let us sing out loud the Manifesto of knowledge exchange. The 8 principles or theses were expressed in mini performances, after which people were split up in 8 groups materializing these principles (speak the same language, create connections) . It brought breathtaking installations like planet earth where a new hybrid mankind stands up after all scientific, public, business fossils and so on get extinct.

And that’s one thing I will certainly remember we need a more hybrid mind-set to have a better understanding of each other and favour more cross fertilisation, that leads from ideation to realisation. 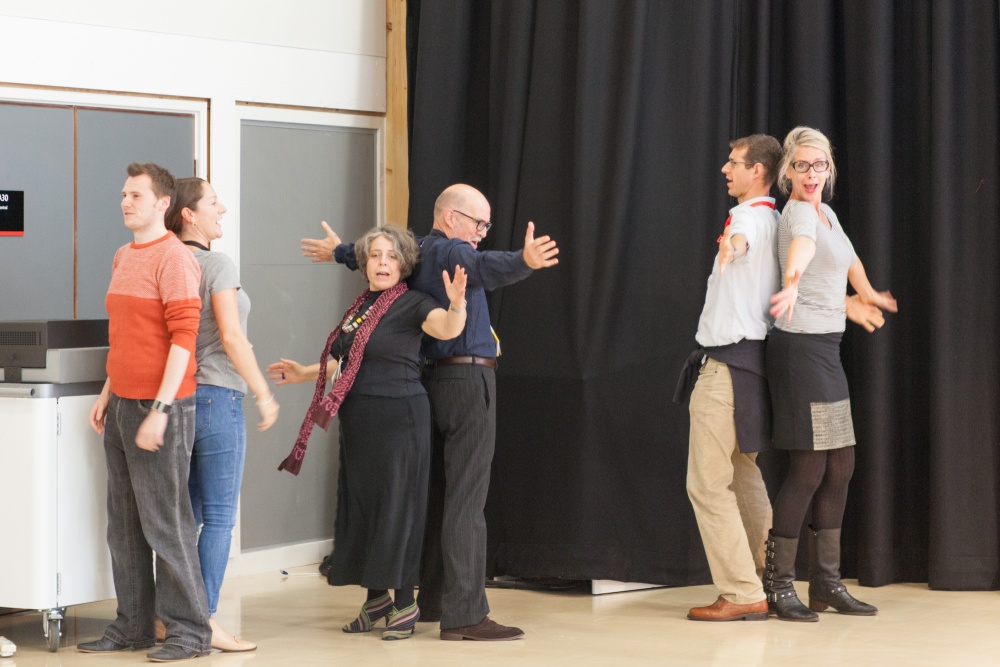 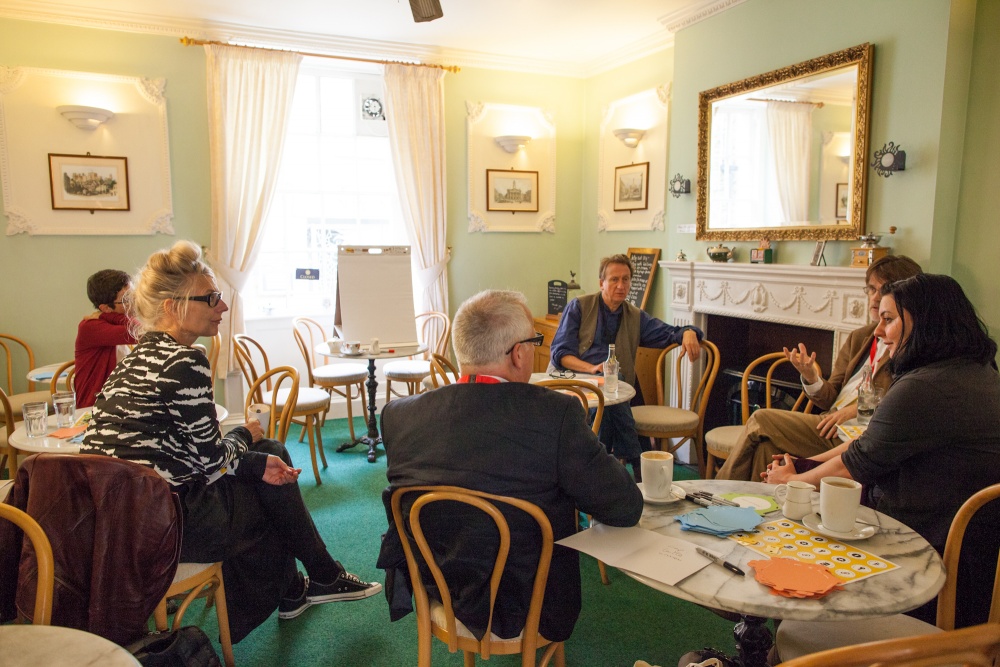 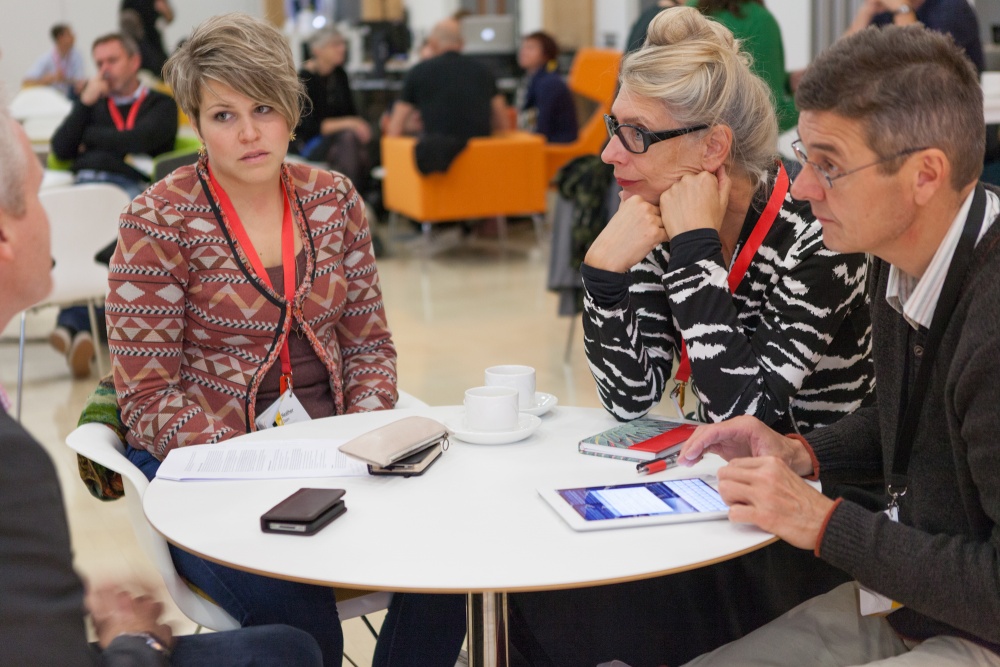 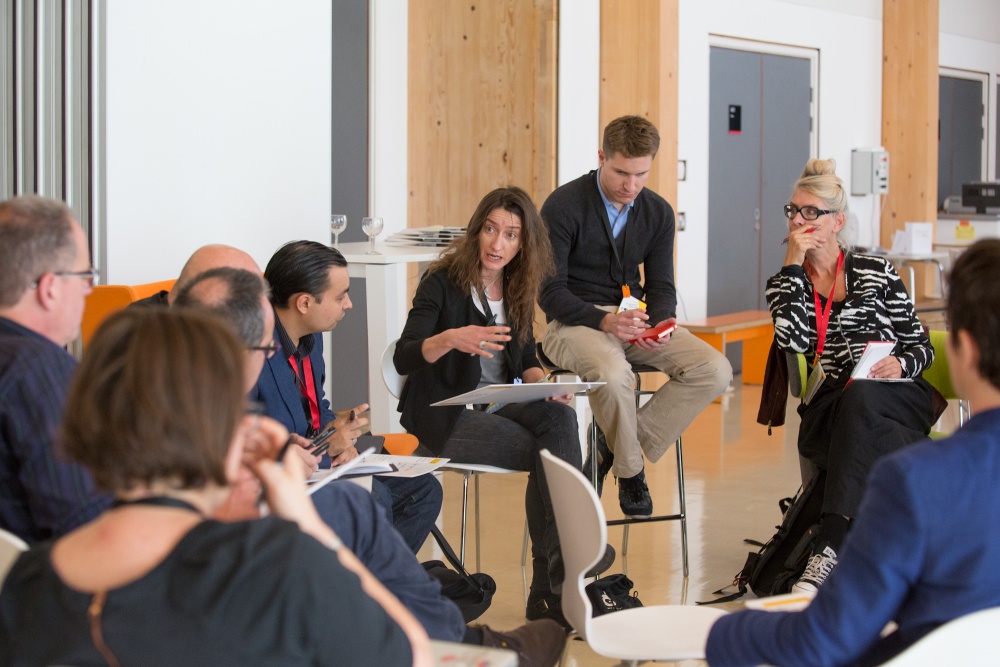 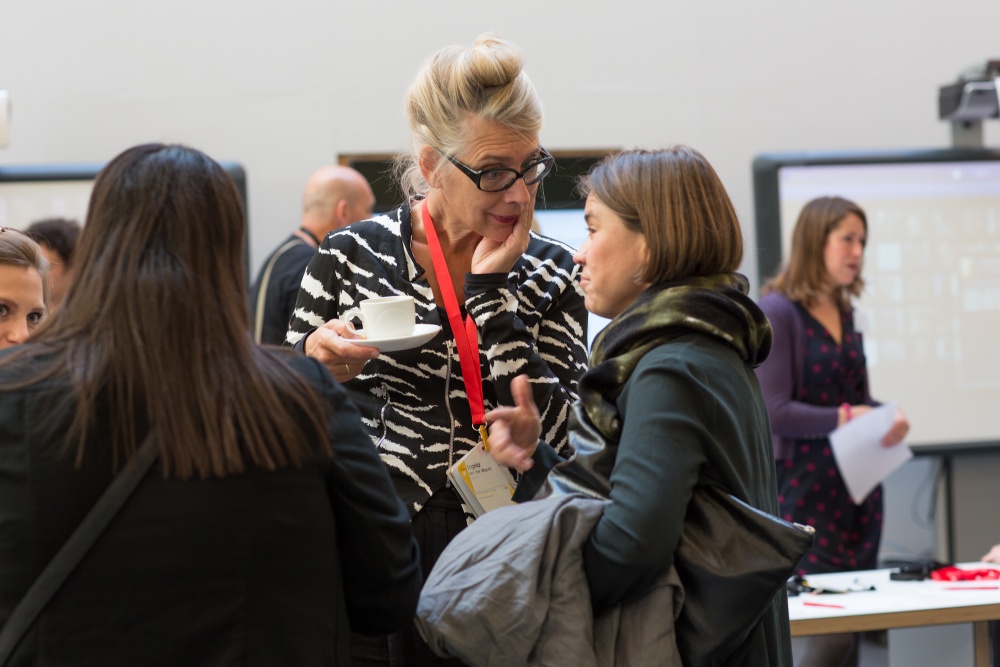