Since we designed tools with a group of eleven young people in November last year, Laura has been putting together a newspaper that contains the tools and stories of how they could be used, which Leapfrog intends to share widely with other young people and social workers. In the spirit of co-design, we produced a draft copy to take to show the young designers to get their input, which would include the name of the newspaper and features throughout

On Tuesday 19th January, facilitator Dee Hennessy joined Gemma and Laura at Child Action Northwest Headquarters to reveal the newspaper to the young designers and their social workers.  Dee got everyone warmed up by asking partners to draw each other with only their left hand and choose a ‘designer name’, during which there were plenty of giggles! We revealed each spread of the newspaper one by one to the group, which caused great excitement from the young people and the social workers.  Dee then asked for the group’s feedback and suggestions for names of the newspaper, whilst Laura and Gemma recorded the young people talking about what they thought about each tool and the newspaper.  Overall feedback was very positive with the young people saying they would show the tools to their social workers and that their confidence had grown as a result of attending the residential.

With the input of the young people, we are now finalising the newspaper for print and plan to return to present the papers to the young people in a grand setting in a few weeks. 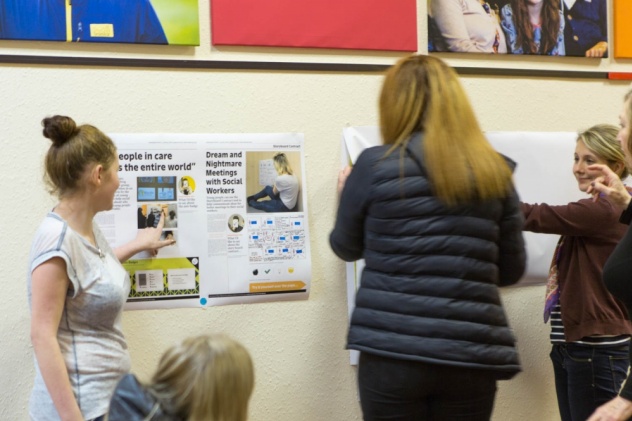 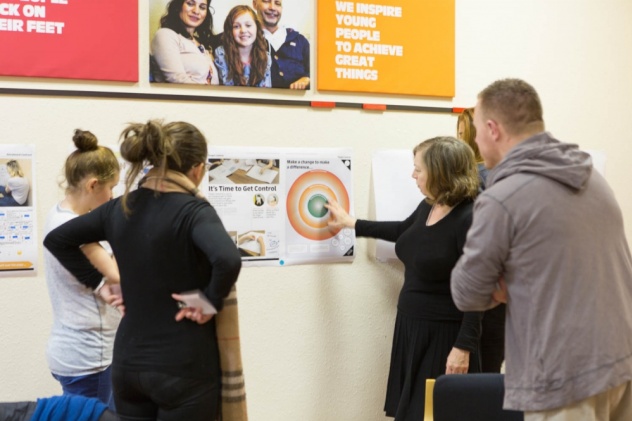 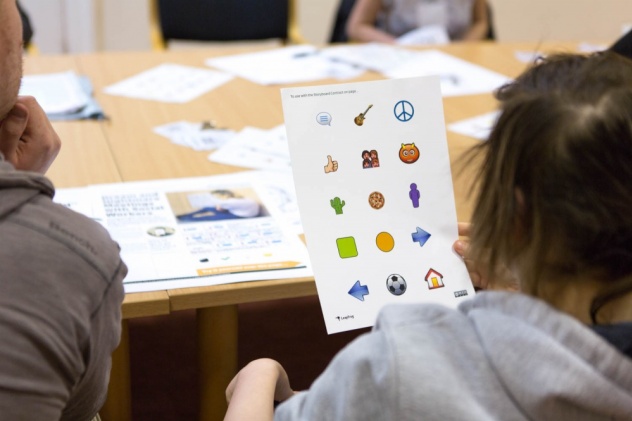 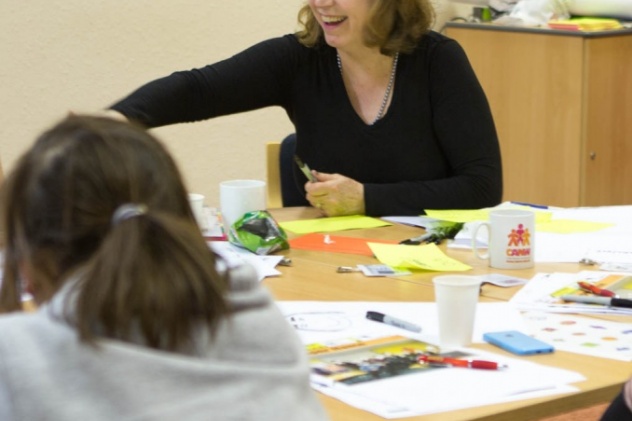 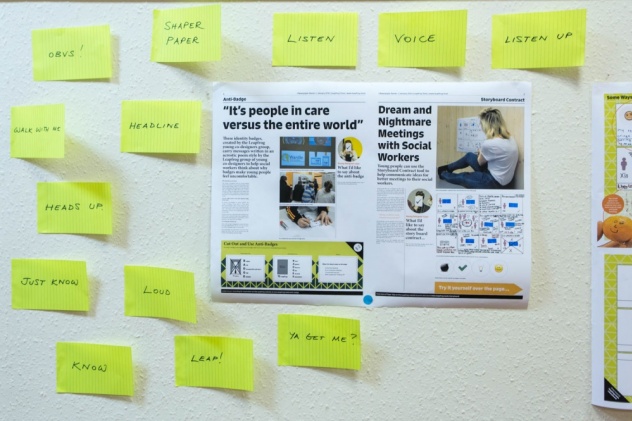