Just Imagine... The Shape of The Park

We had no idea what or who to expect when we pitched up at The Storey with our model making bits and pieces and a steady supply of pizza.

Within minutes we were joined by two women with something to make and something to say about the Roman remains they knew had been built on in the 1960s. They made a passionate plea for new excavations as they constructed their clay model and introduced us to some roman building methods and terms. It would be indiscreet of me to tell you their ages, but as they left they ticked two age boxes on our feedback form – over 75 and Don’t Be Cheeky.

A family of five then arrived and spent more than an hour creating their vision of The Best Park Ever. And so it continued until 8pm when we counted the 52 models that had been created by the 102 people who had joined us during the day as individuals, in couples and in various family and friendship groups. The age spread was extraordinary, from our youngest co-designer of 3 years old to our oldest, a distinguished gentleman of 92-and-a-half;  from individuals who stayed just twenty minutes to a large group of teenagers who stayed long enough to make four fantastic models, everyone was focussed and passionate and having fun.

Throughout the afternoon and evening our committed PROUD volunteers supported everybody’s use of the materials without ever getting in the way of the wonderful visions for ‘Beyond the Castle’ that emerged and that will play a key role in the project’s Picture This exhibition in November. 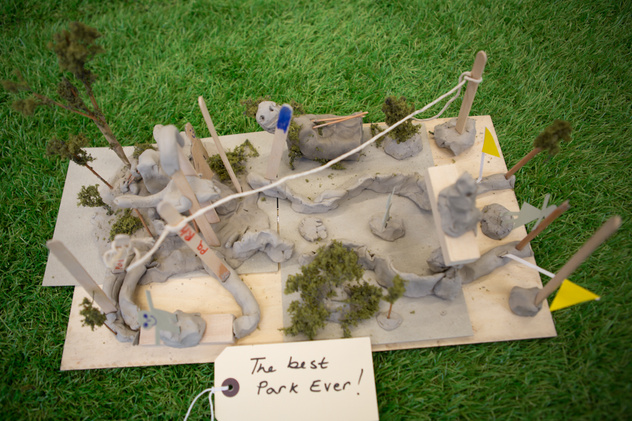 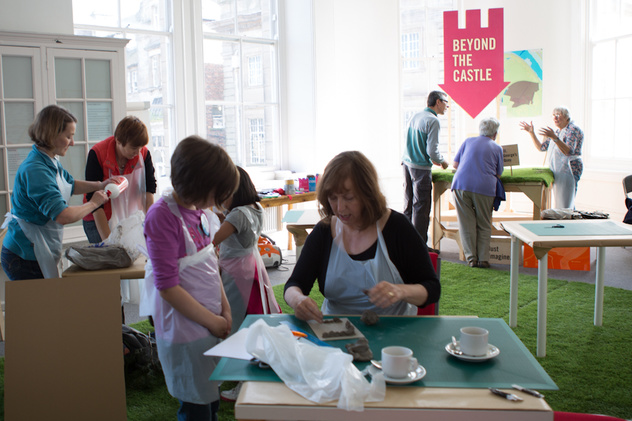 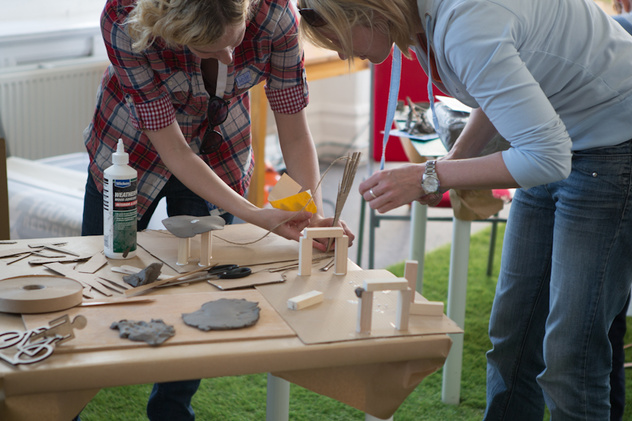 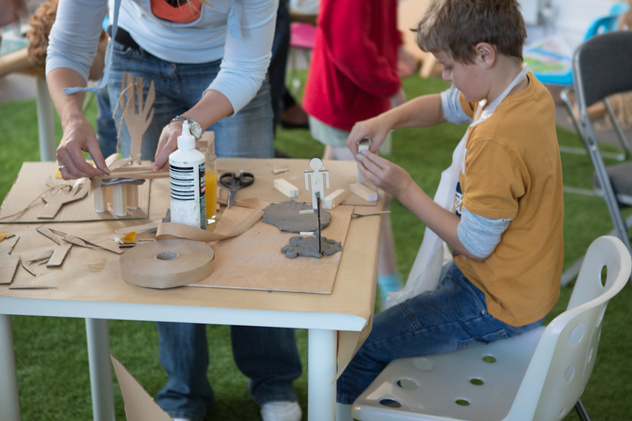 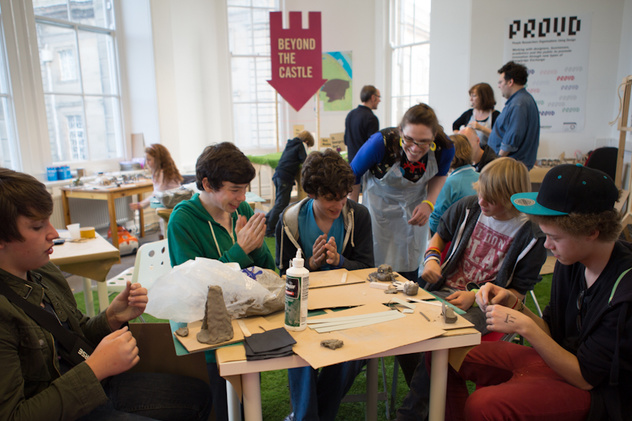 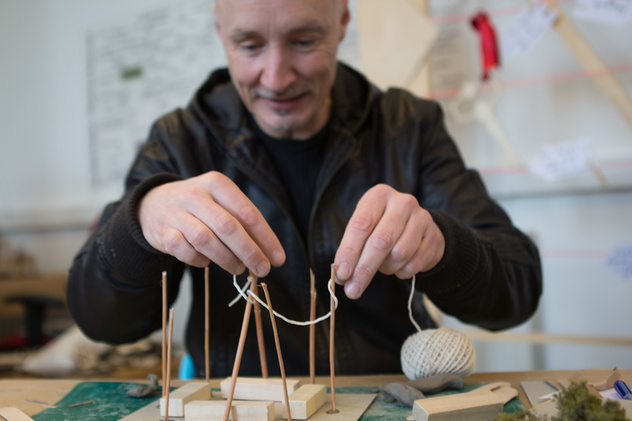 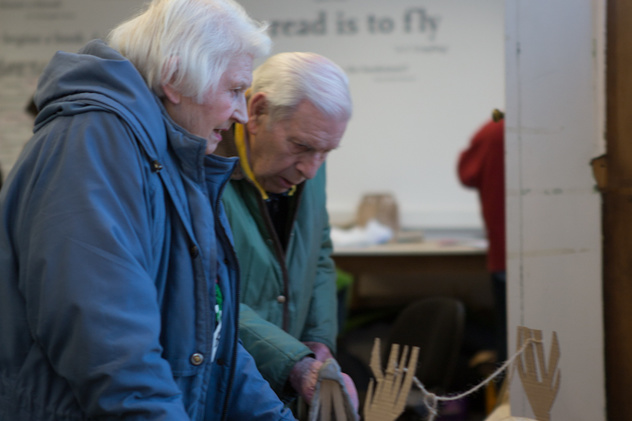 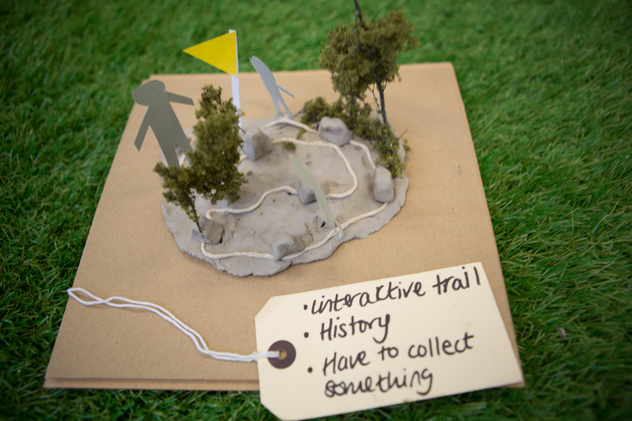 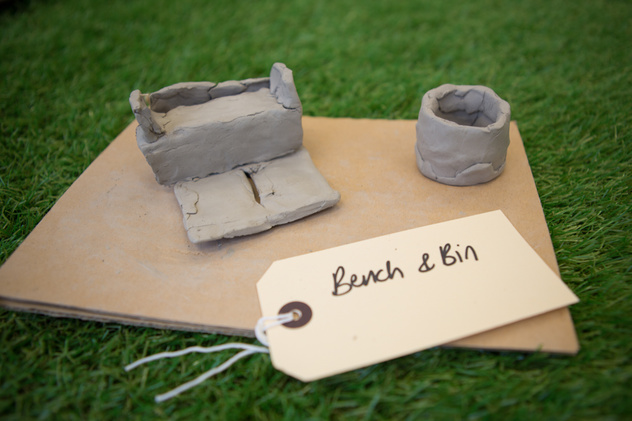 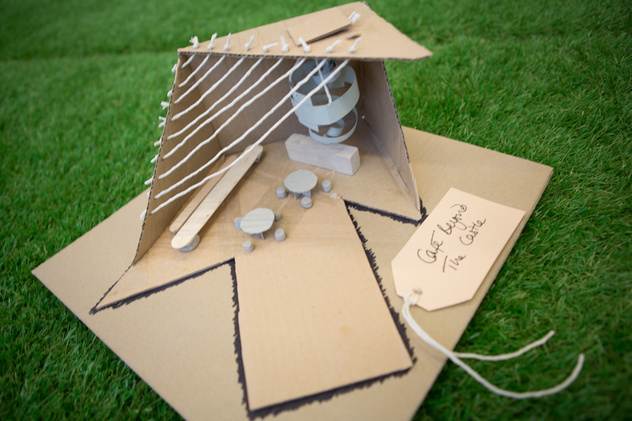