The TimeTape tools are rolls of paper tape printed with different divisions of time, including a working day and a working week to help groups plan activities and projects

The tape material is similar to masking tape, which means it can be easily torn, stuck to any surface and when required repositioned or removed.  The time divisions on the tape help structure planning activities and projects and give the user the freedom to plan around the tape in whichever way they prefer, such as on a whiteboard, on rolls of paper or on a wall with additional postits and sheets of paper.

Currently, Pack One of TimeTape includes a roll of ‘Daily’ and ‘Weekly’ tape and a general time division, which can be used individually or  can work alongside each other to create a axes and maps if desired.  Pack Two, coming very soon, will include ‘Monthly’, ‘Four Weekly’ and ‘Yearly’ tapes.

TimeTape responds to recent feedback from users of the Giant Timeline tool in Lancaster University who felt that the Giant Timeline was difficult to use in a small office space due to its size and who felt it would be better if it could be re-used.  TimeTape addresses both of these problems; firstly it can be used in a space as small as 50cms and because it is removable and repositionable, it can be re-used.  The benefit of the tape is that is can be used at any length above 50cms and used many times until the rolls runs out.

IDEAS will be trialling the tape with lead users contacted through the project’s mailing list and via the project’s 200+ followers on Twitter.  The tape will be added to the existing Impact and Collaboration Toolbox website soon for anyone in Lancaster University to access.

TimeTape has already had a position response from the Twitter followers.  A few of the responses are displayed in the gallery below. 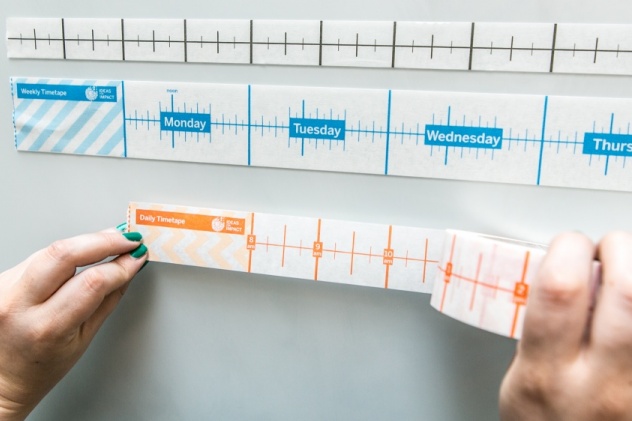 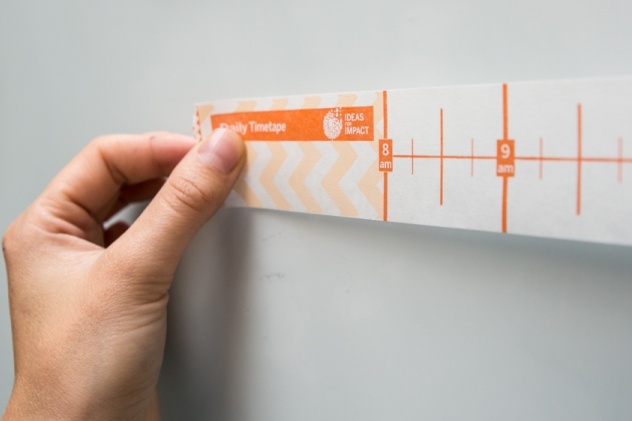 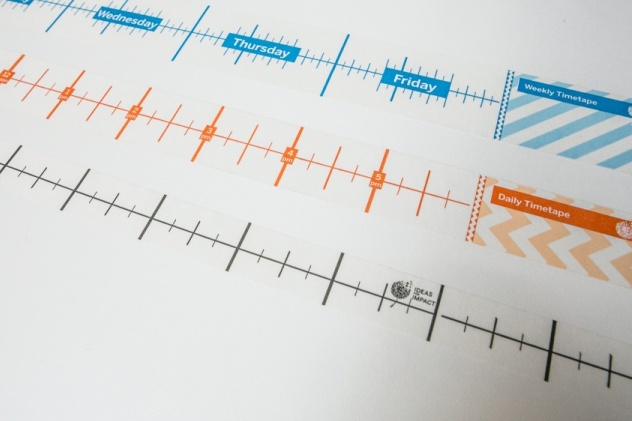 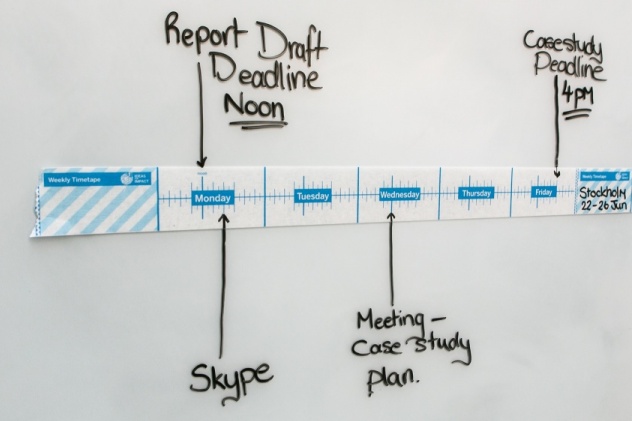 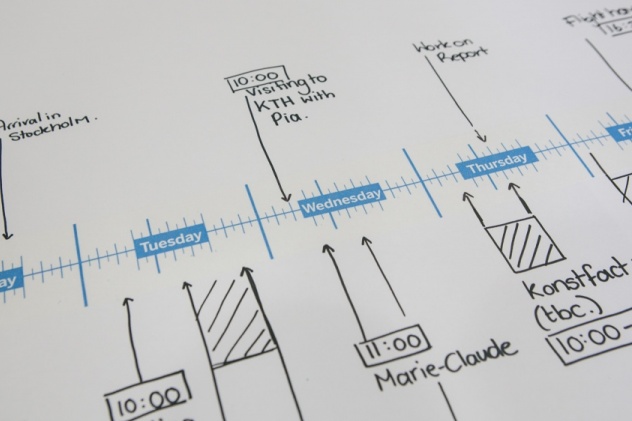 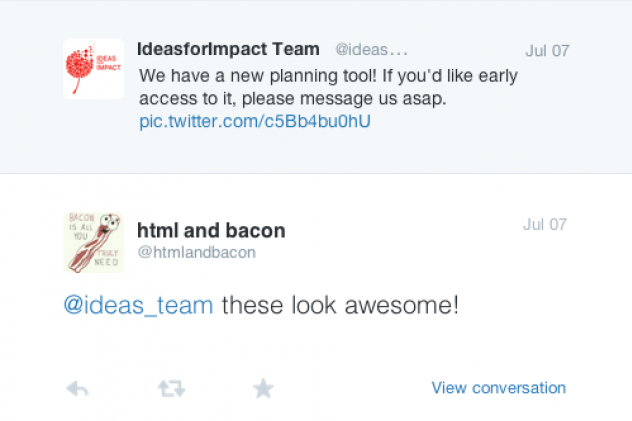 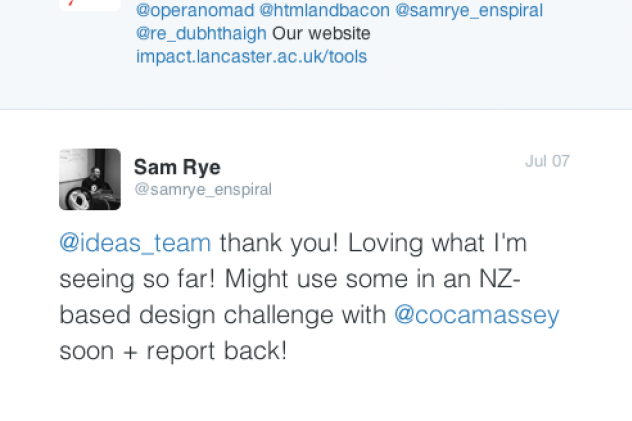 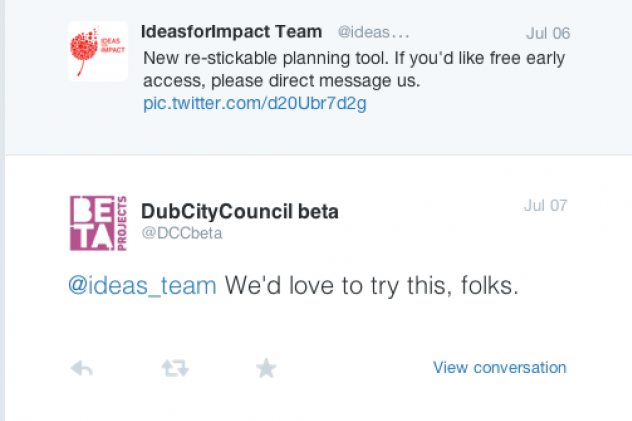