2nd and 3rd Prototype tests for the Zoners

In discussion with Helen, after the 1st test we decided not to design a cover for the metal ground pins available at the Council

We believed the approach to be too complex and even though the council have a ready supply, the ground pins are unwieldy to use.

Instead it seemed a simpler solution, functionally and visually, to redesign a wooden stake from scratch with a deep cross-cut in the top to support the foamalux pin shapes. Having considered a number of options, iroko wood (often used for kitchen tops) seemed an appropriate option given its durability.

We created a prototype stake made from pine rather than iroko. We practiced throwing it into grass, hammering it into the ground directly on the cross-cut surface with a lump hammer and lifting it out again. The aim was to complete the action as many times as possible to see how easily it could be done by 1 person and to replicate usage over time.

Within 3 attempts the wood had split beyond use or repair.

Following the 2nd test, we looked into ways of resolving this ongoing challenge. This included redesigning the pin shapes to include an integral stake or braced stand. The best option appeared to be metal fence post spikes to hold the stakes for increased strength and durability. The stake could then also be hammered lightly in to the ground using a wooden off-cut to absorb impact from the hammering.

We created a fully realised prototype for this test using 4ft foamalux pin shapes and an iroko stake. Using the fence post spikes was far more effective. However, at full size, some practice would be needed for Helen to erect them alone.

To complete the design for production, we will add a hole to the foamalux pins for hanging storage. We will also notch out a square base at the tip of the compass point so that it sits comfortably, pointing downward, on the stake.

Following this 3rd test where the whole team were present, the commenters were also checked. At this point, branding for all the elements was discussed. We confirmed that the commenter logos would be rasterised on the laser cutter having completed a number of tests. This would likewise be done for the iroko stakes on the zoners. Cut vinyl would be used to brand the foamalux pin shapes on the zoners. 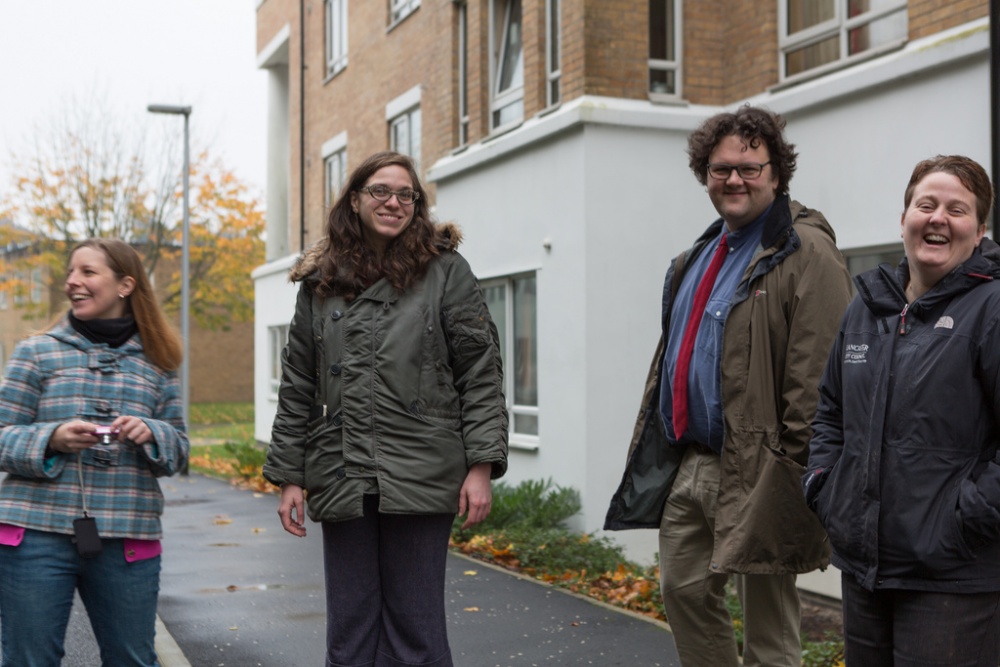 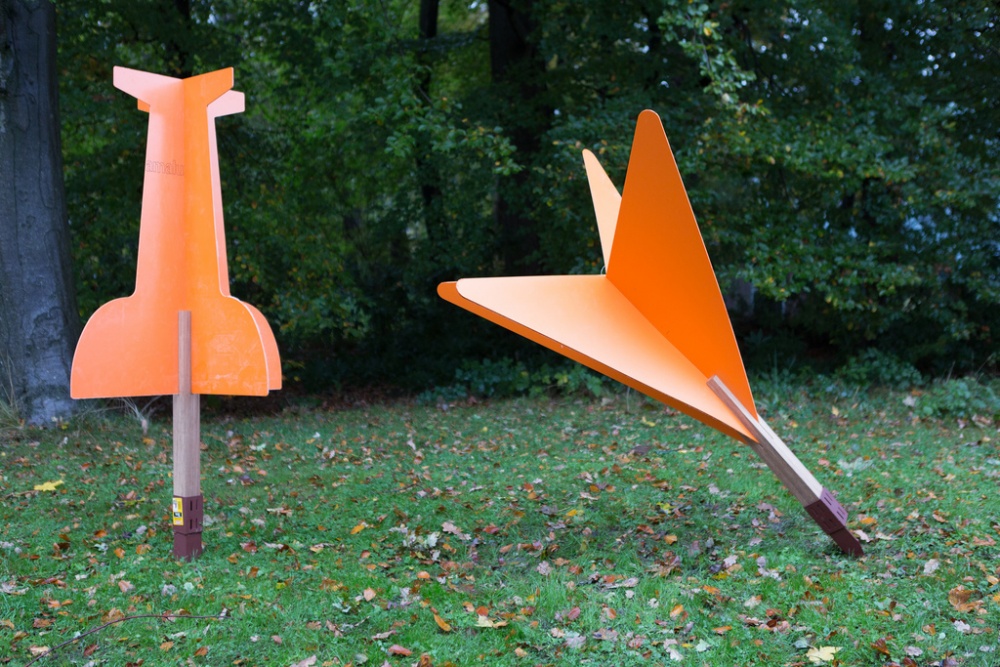 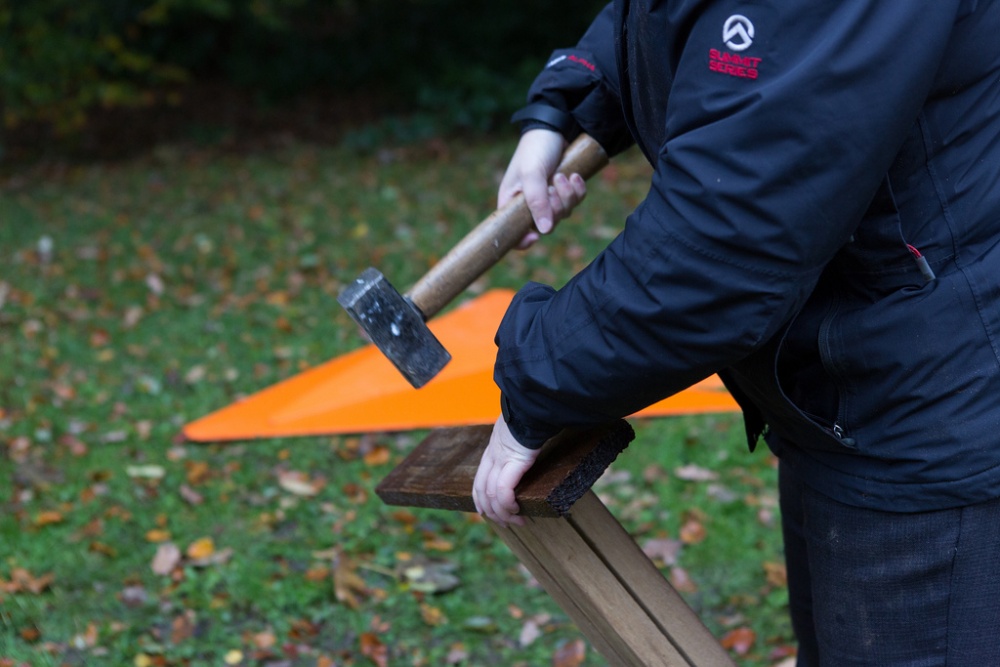 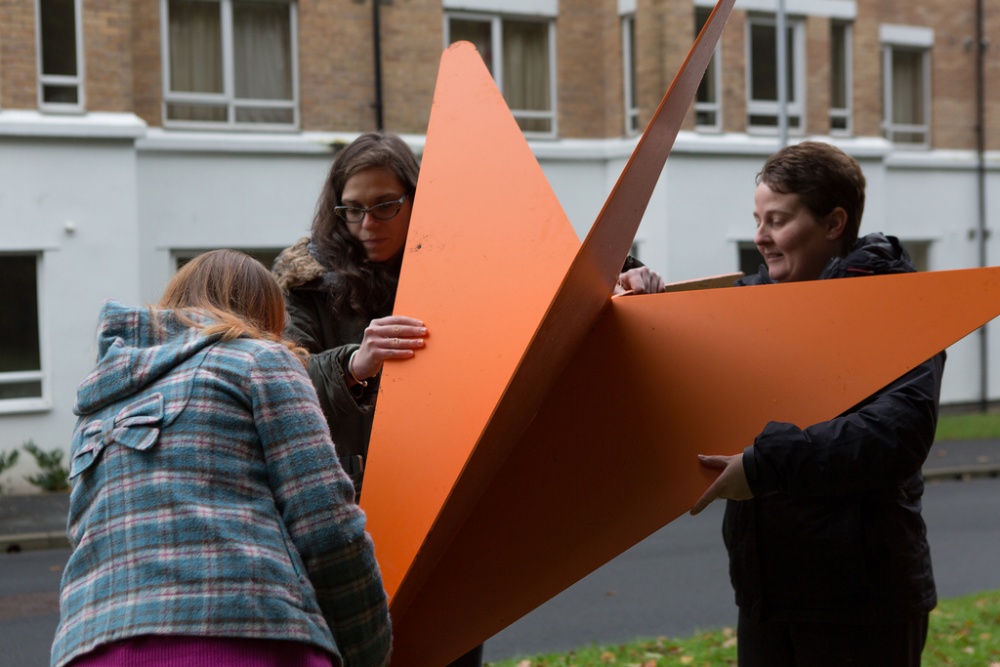 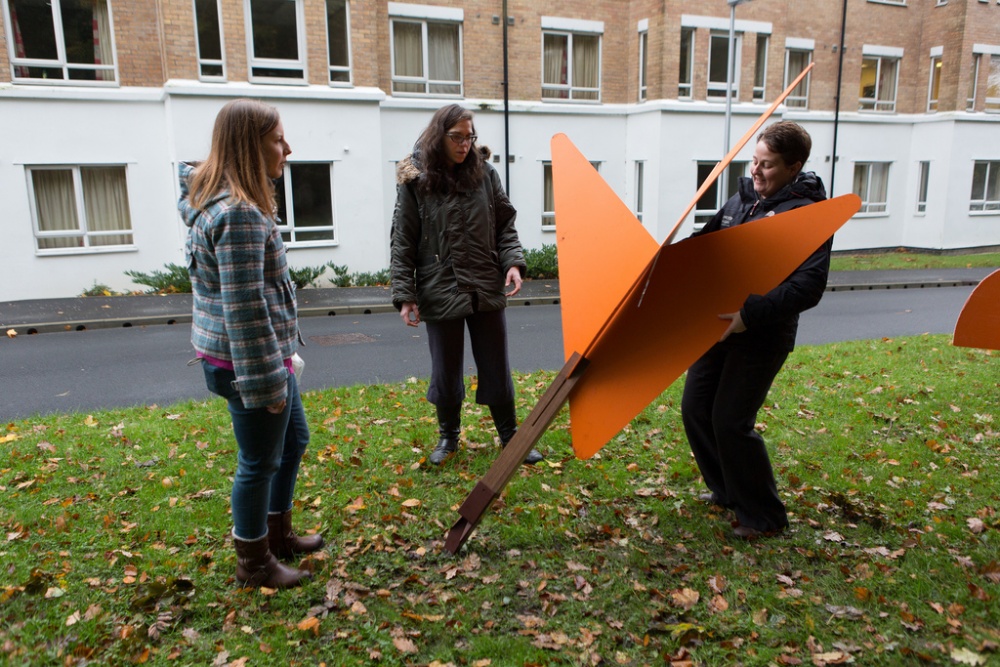 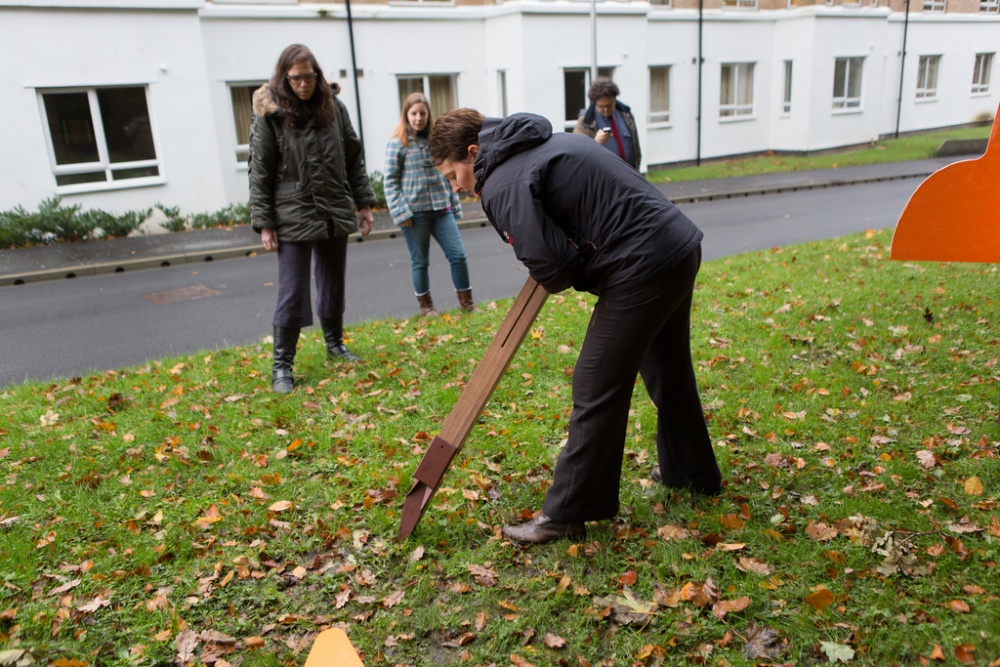 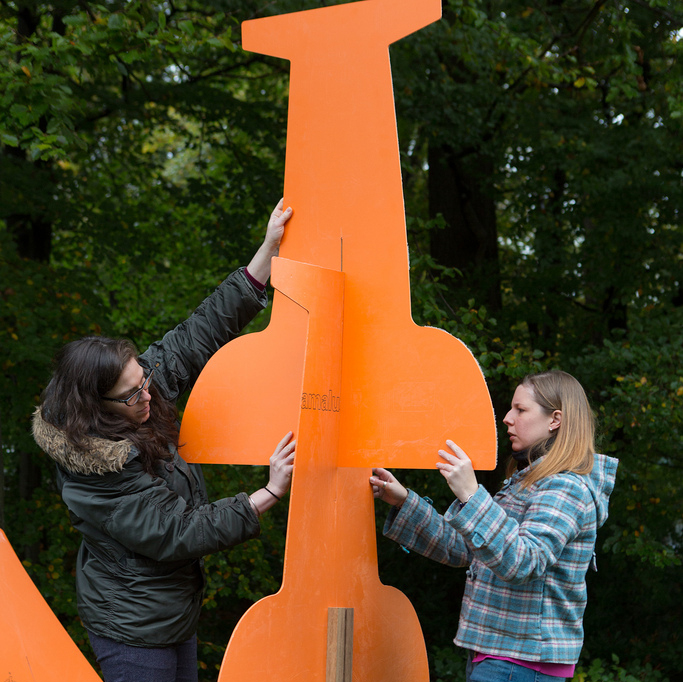