A day of ideas - Designing tools for creative public consultation

Once the design team had mapped out the numerous challenges faced by Helen, they then explored the practical criteria of creating tools for consultation events such as tools that are weather proof, visual and can work for children, adults and people who can’t read or write. Also the fact that Helen has very little preparation time for consultation events and requires tools that can be quickly shaped and used across a number of projects.

A morning of ideas generation, discussion and collaboration followed. All ideas were noted down, explored and critiqued – from the harebrained to the ultra practical so links could be made between them to create innovative and strong solutions. The team worked together, in pairs and alone at times as they worked on the themes and ideas that interested them the most.

After lunch and an ice cream in the blazing sunshine the team came back together to collate all the ideas and report progress made so far. By now we had a full wall of ideas stretching across ImaginationLab. Each designer was asked to select two ideas that they felt really met Helen’s requirements. After feedback they were asked to develop these ideas alone for an hour and to describe or draw the final proposal idea on an A1 sheet to present to Helen. Some mini prototypes of ideas were also quickly created in order to get the idea across.

When Helen arrived we were very clear that we wanted honest and constructive feedback on the ideas she was about to hear. We took her through the day, explained what areas we had explored so she could see where the diverse range of ideas came from. To say she was bombarded with ideas would be an understatement! Each designer presented his or her two favourite ideas in two minutes. After hearing from everyone we went on to discuss the pros and cons of each one from Helen’s perspective.

There was a lot of ideas that Helen really liked, such as a weather proof play matt to ask questions and a kit of large counters so people can vote or comment on what ideas they wanted to improve their area. A pop up consultation kit to dress the house or area an event is in to attract people over was seen as being really valuable. Others such as updating the questionnaire to a very visual photo based design that the council posts to houses was seen as more difficult as we would come up against the councils very strict branding guidelines. Combining elements of the various ideas to create the tools that Helen really needs seemed like the best solution for quite a few of the proposals.

Rather than decide on a plan of action there and then, we decided it was best to give Helen chance to reflect on the ideas she had heard and for the PROUD team to do some research into materials and production possibilities. We agreed to meet Helen again in a week to discuss which ideas would be developed and produced by the designers over the coming months. 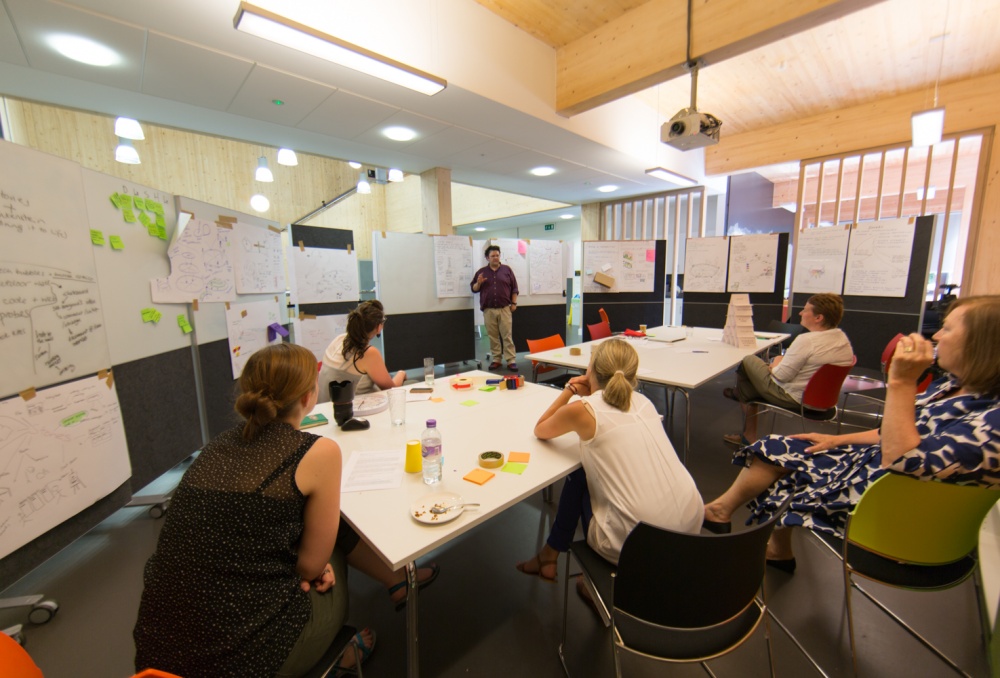 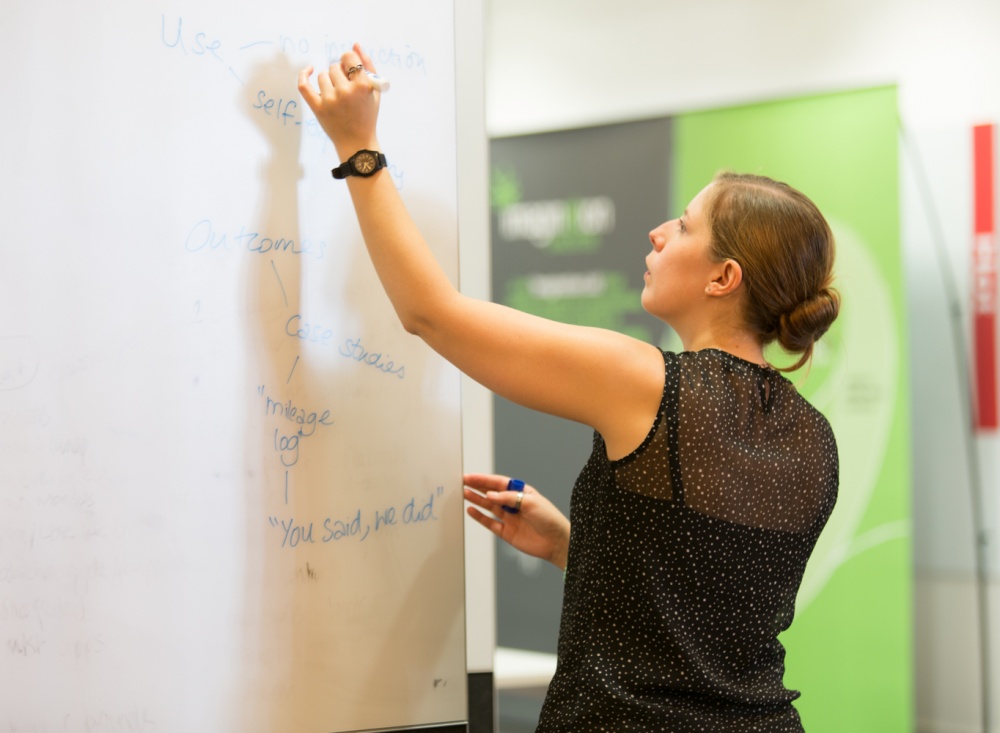 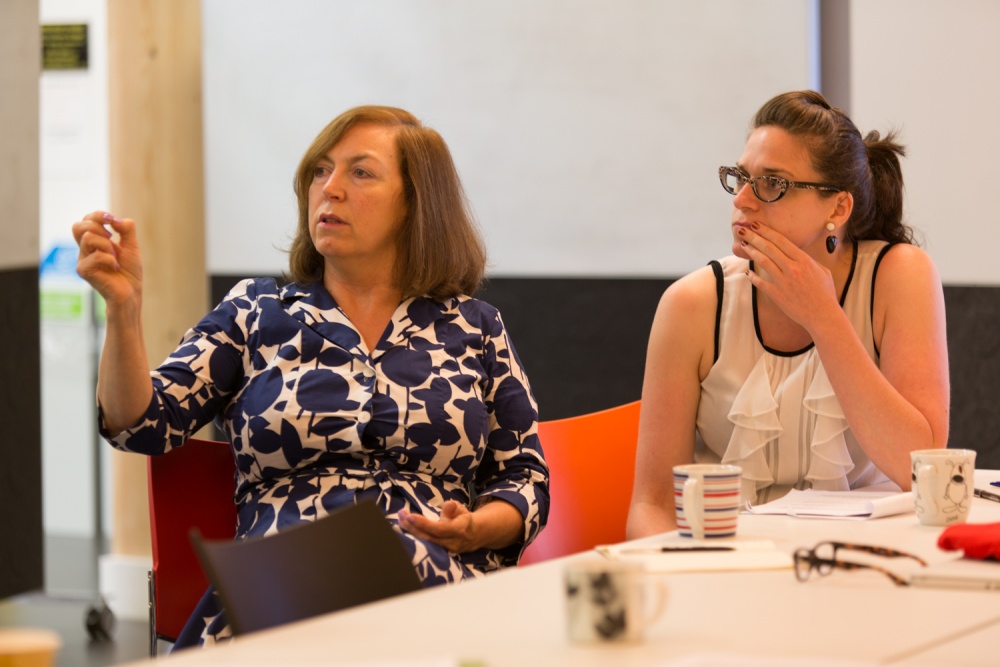 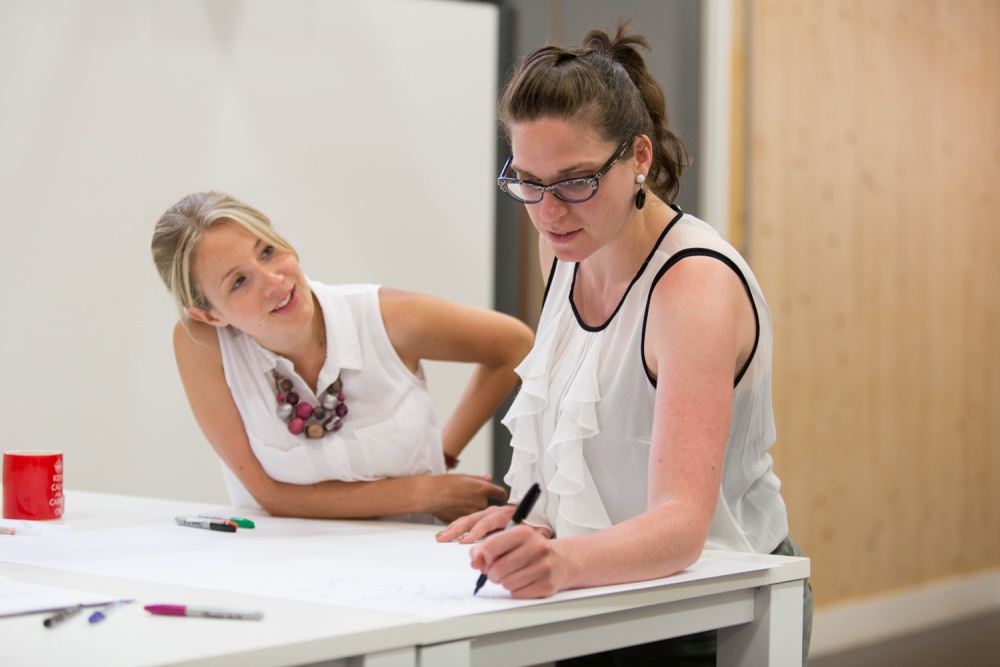 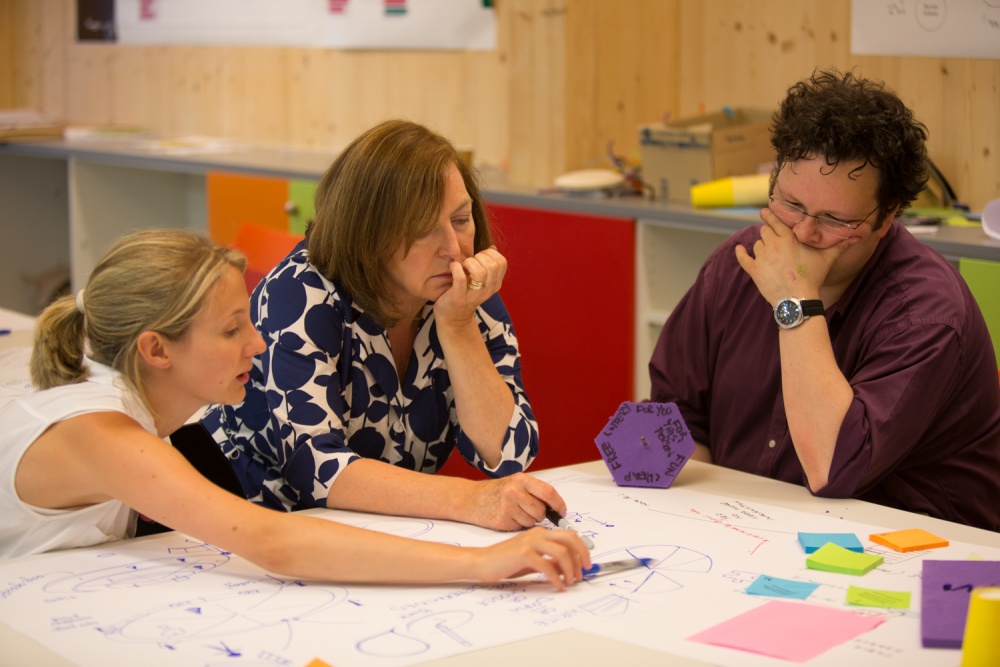 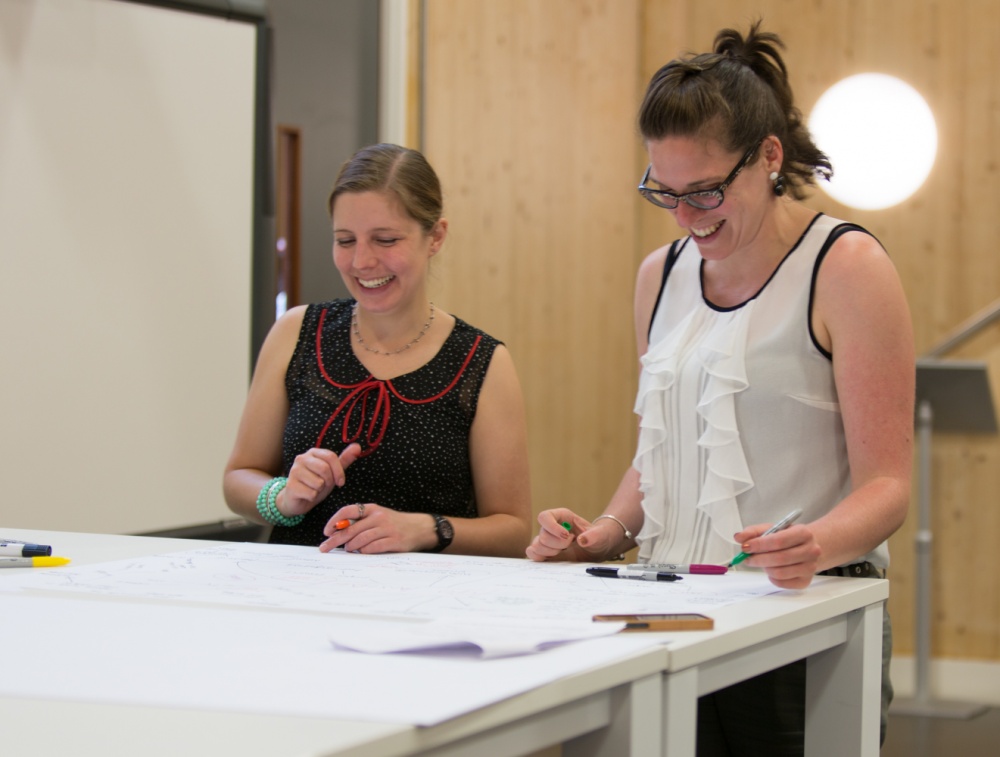 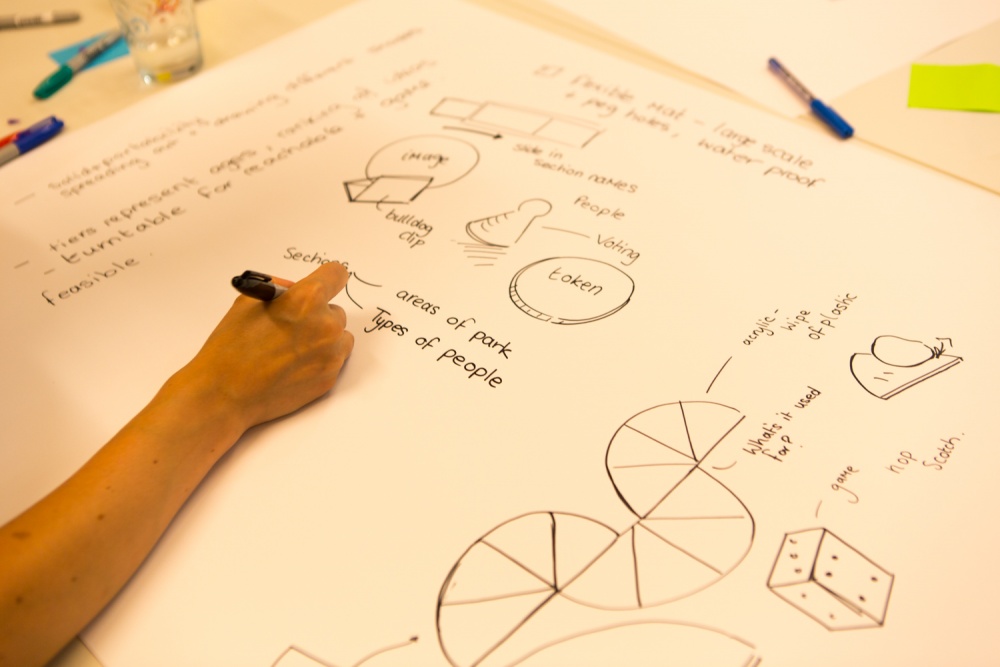 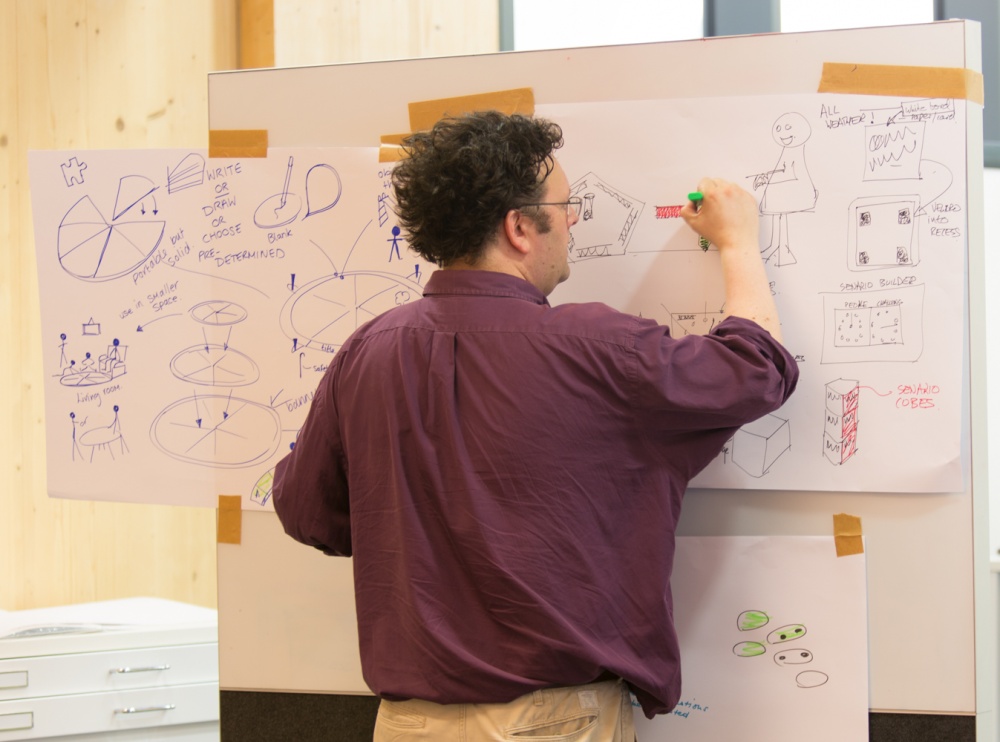 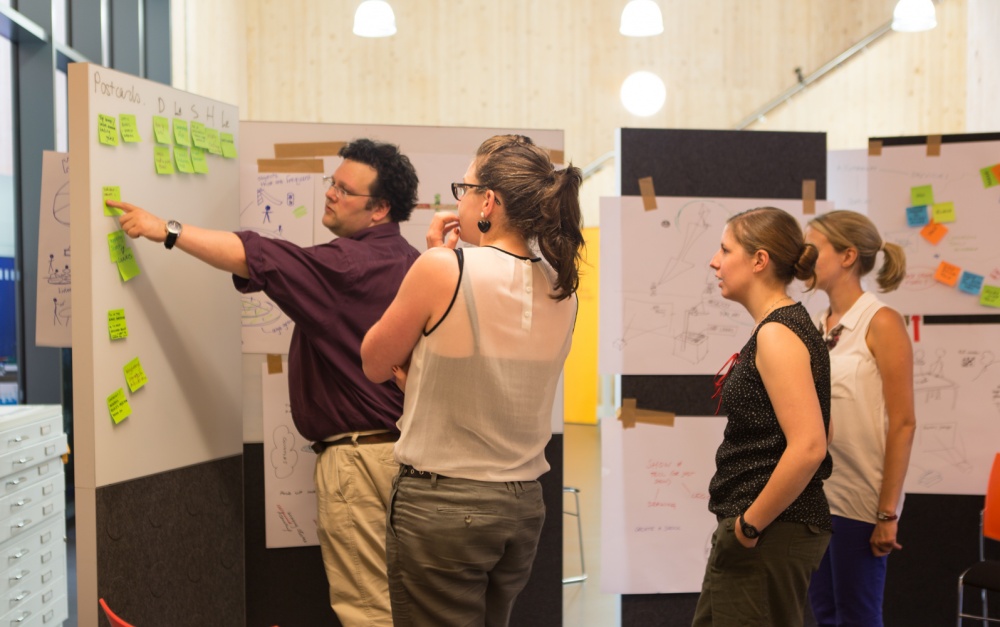