Throughout the Paper Exchange Session the delegates were encouraged to record what they believed that the conference should be focusing on based on their experiences and conversions during that morning. Twelve of these emerging focus points were co-selected for discussion in the afternoon. Taking inspiration from other conferences where delegates often find that many of the key discussions and networking take place informally in coffee houses, we decided to host the afternoon discussion within six independent coffee houses in the centre of Lancaster.

The team had decided during the development of the conference that the locations of the afternoon discussions would not be revealed to the delegates until just before two coaches arrived at LICA to take everyone into Lancaster City Centre.  After lunch, Leon Cruickshank explained where they were going to discuss the twelve focus points, that they everyone would be given a map of the locations and focus points and the significance of the different coloured drinks tokens attached to everyone’s lanyards.

At this point the Creative Exchange PHD students and Gemma Coupe had already set up the coffee houses with bright yellow signs, helium filled balloons and tools such as the hexagon tool, stickers and sharpies to enhance the knowledge exchange.  Each of the hub heads; Rachel Cooper, Jon Dovey, Georgina Follet, Morag Shiach, as well as Leon Cruickshank from ImaginationLancaster and Pete Wright  were based in each of the coffee houses where they facilitated two sessions each for two separate focus points with the help of a CX PHD student.  Each delegate could move between the two sessions with the help of the map and two of six different coloured drinks tokens that corresponded to the six coffee houses.

The coffee houses provided a comfortable setting for the delegates to discuss each theme in depth and exchange their own stories and experiences.  The unique characteristics of each coffee house and the style of each facilitator created six different knowledge exchange environments where some delegates sat in small groups to discuss the topic, others sat around one large table together and others built 3D shapes recording their discussions.  In addition to paper based records of points made during the discussions, many Tweets were generated on Twitter with the #tkex hashtag and a unique hashtag assigned to each venue.  The PHD students played a key role in recording key points using this media.

Finding six coffee houses with the right atmosphere and enough space to host the discussions was a project in itself. On the day some of the coffee house environments turned out to be more suitable for this type of activity than others; therefore we would perhaps have slightly different criteria for selection next time. However, overall the coffee house discussions were well received by the delegates, no one got lost, it acted as an energising change of scenery and an opportunity to build trust within a smaller group and as a consequence, encouraged the free sharing of ideas and experiences. 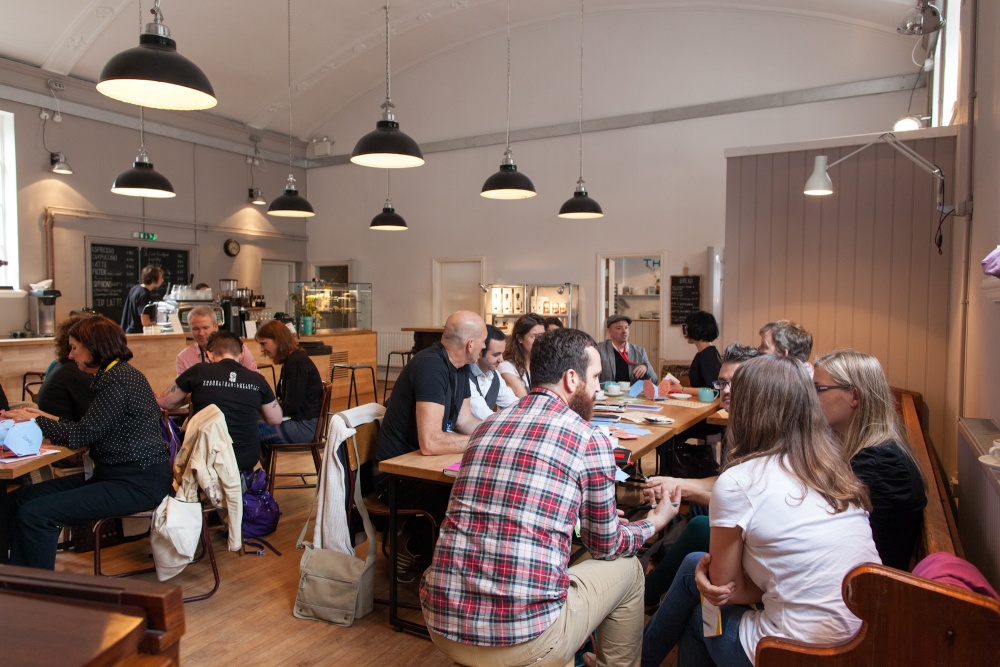 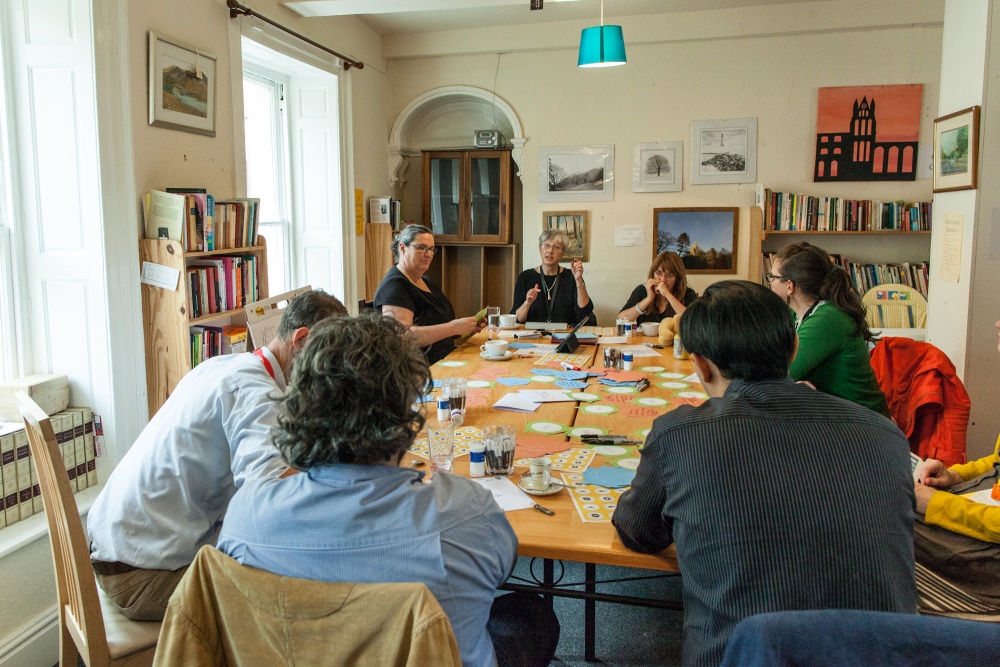 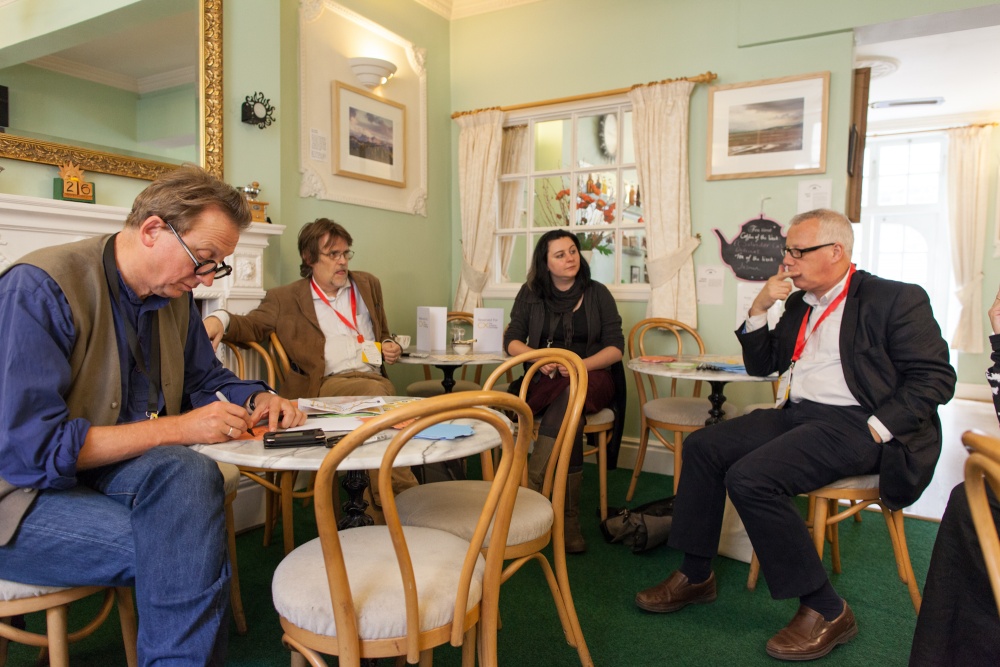 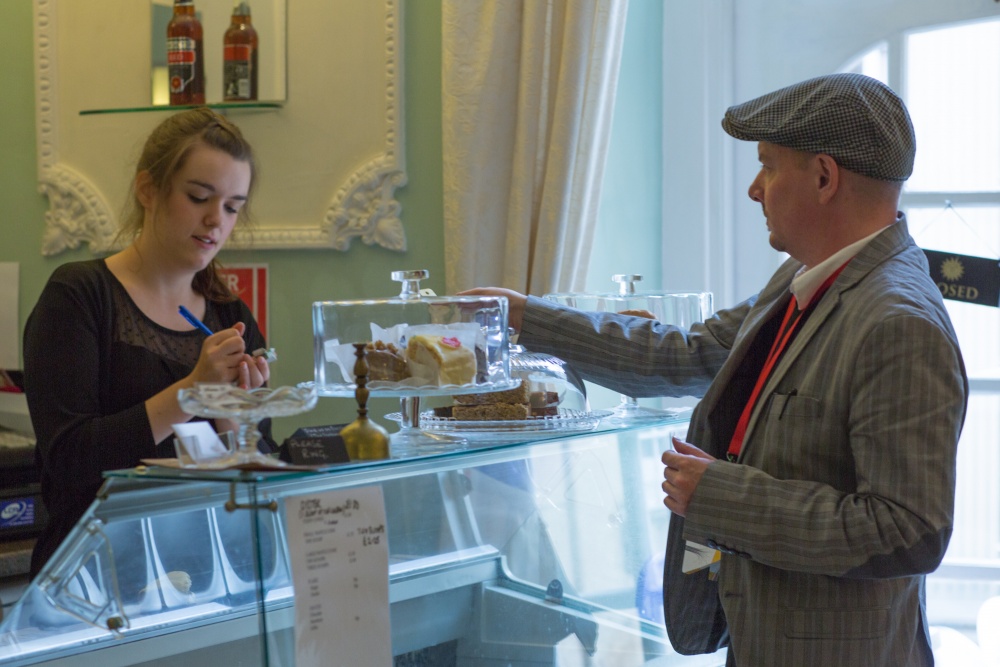 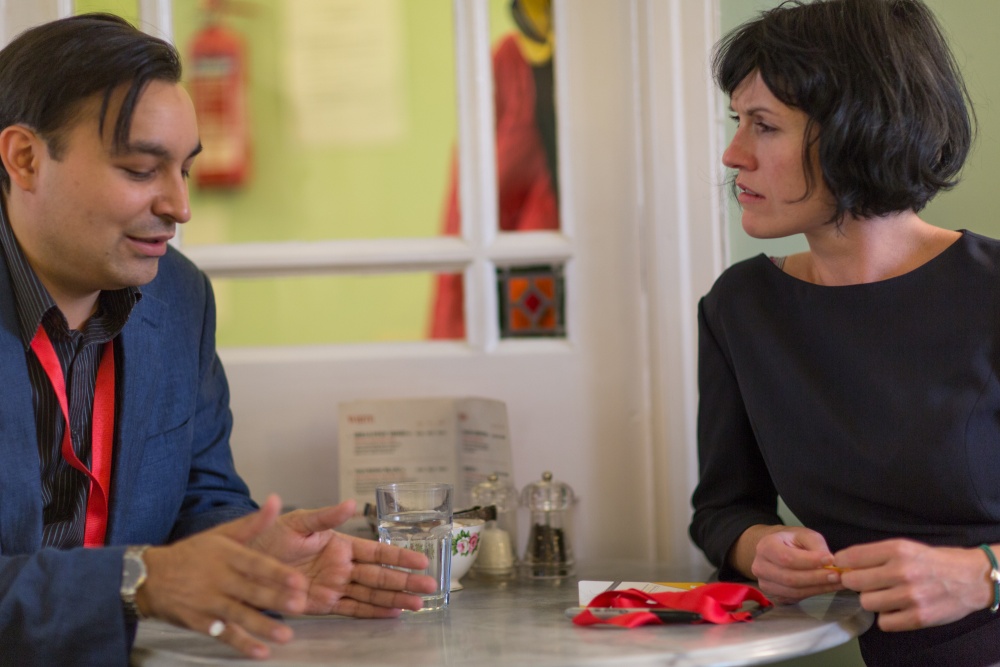 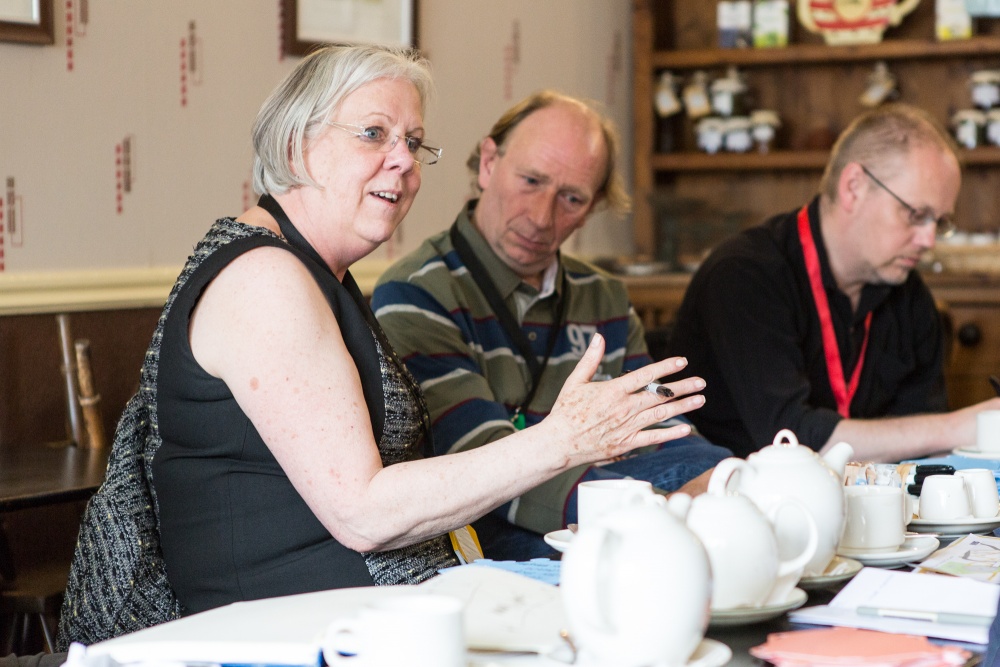