Playing and Co-imagining the future redevelopment

The next event was held at the Base as well. On the 26th of September, we run another drop-in session in which we used a 1.8×1.2qm physical model at a 1/300 scale to facilitate the co-creation of new visions for Mainway. In total 18 residents and stakeholders participated in the creative activity of reimagining their neighbourhood. The physical model had a number of wooden blocks simulating buildings on the same scale. In order to explore refurbishing or rebuilding options, there were two sets of buildings: the first set depicted the current buildings as they are now and another set with different simple geometric shapes.

In the new vision drop-in session, the participants generated three completely new visions of the estate.

The density of all the proposals was slightly increased compared to the current layout. Mainway Street was enhanced with communal areas, fountains, settable areas, areas for pets, for children to play, etc. One of the proposals considered a change in the outline of Mainway Street, folding the street depicting a small zigzag, to accommodate a mix of residential typologies, combining five/four-story buildings with small houses. Another theme all the proposals shared is the collective aspirations to enhance the public space and green areas to serve the enjoyment of its residents. 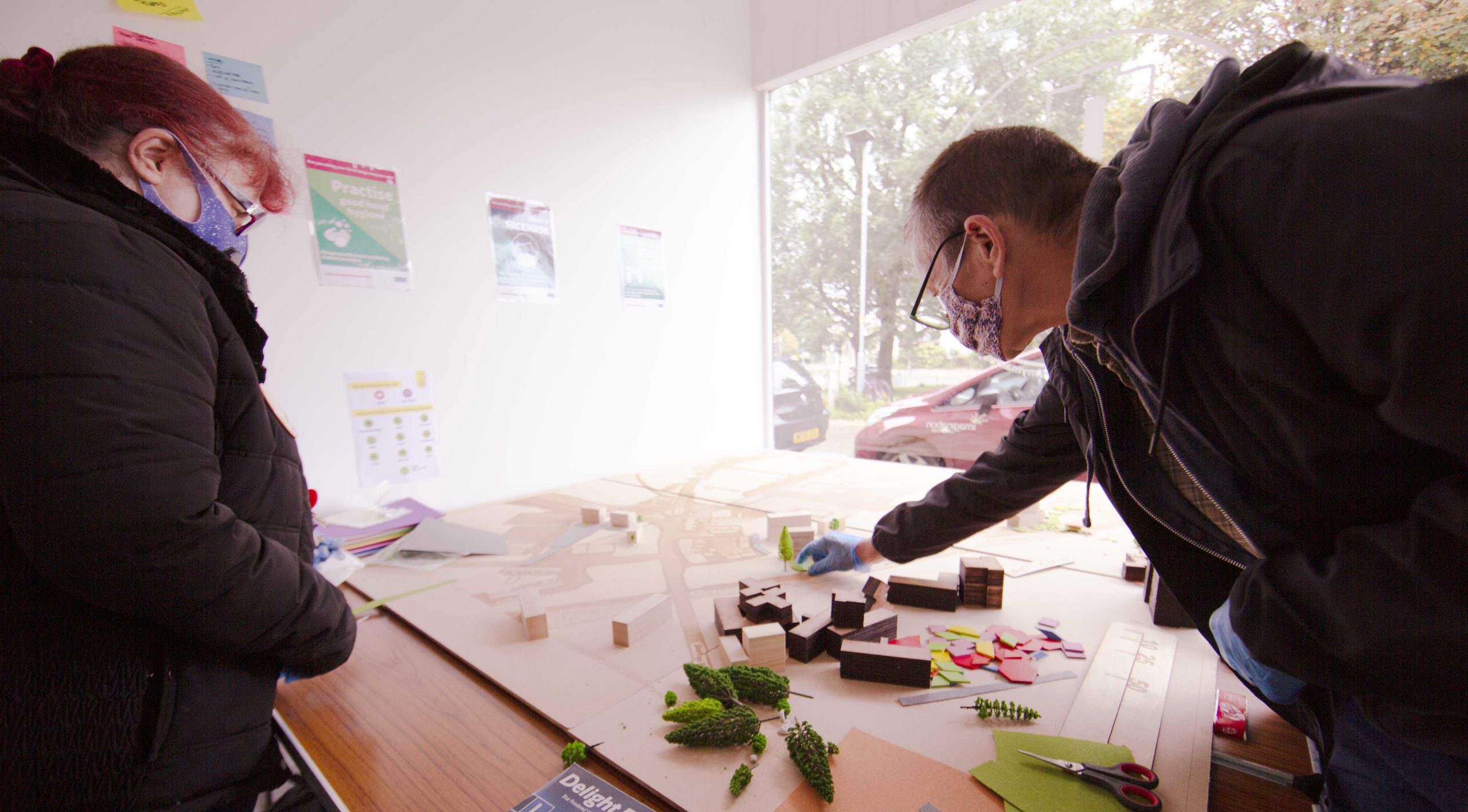 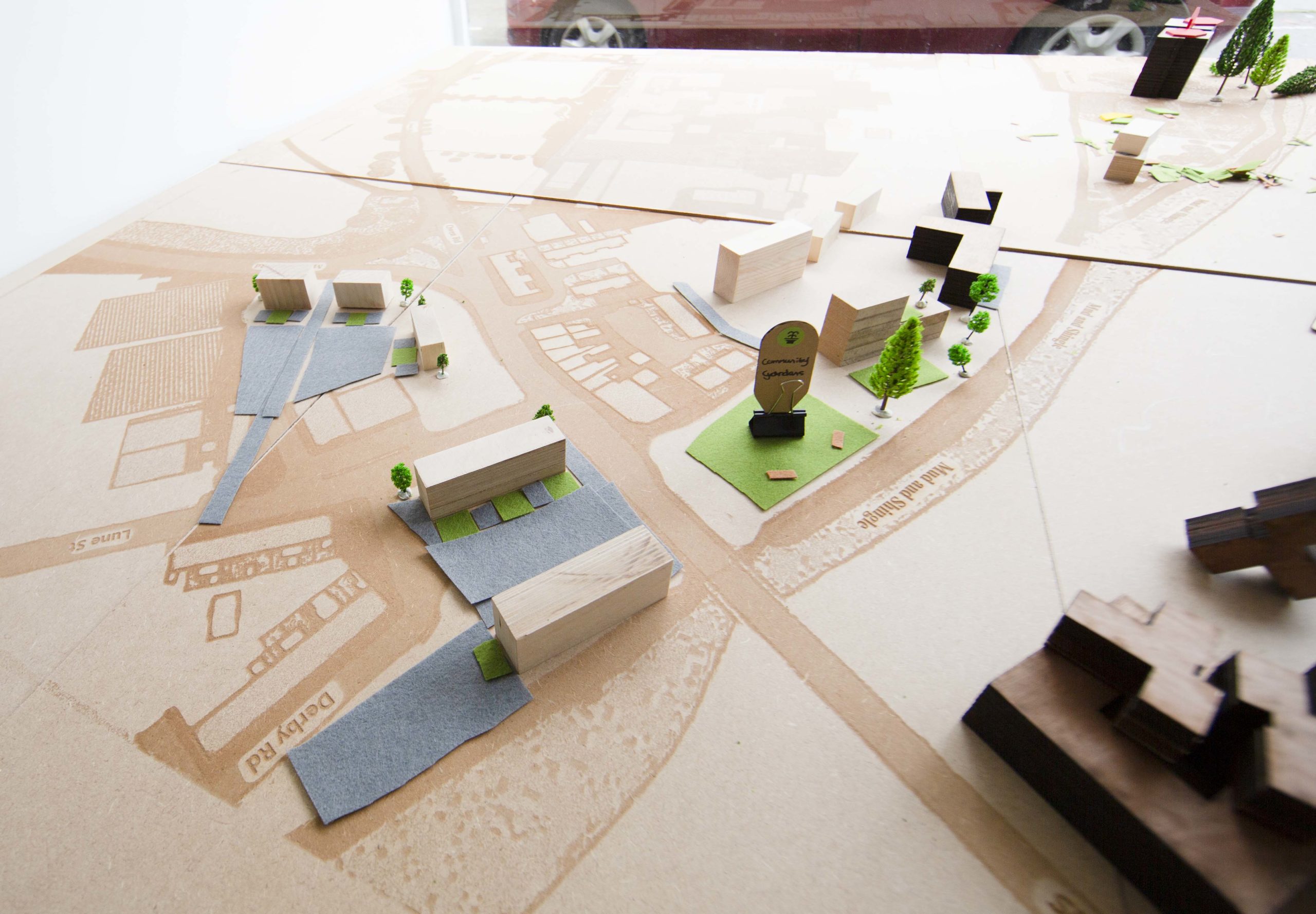 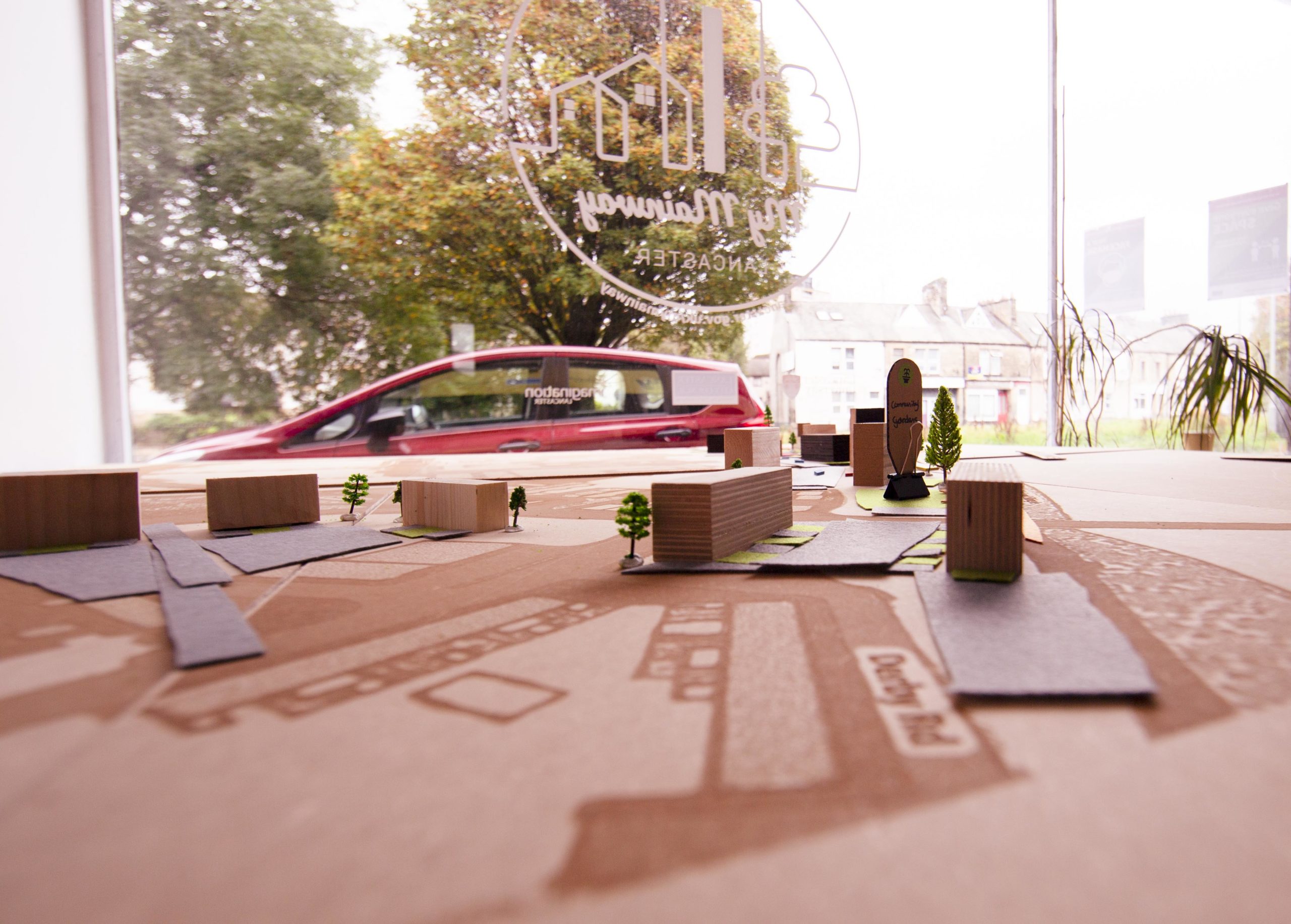 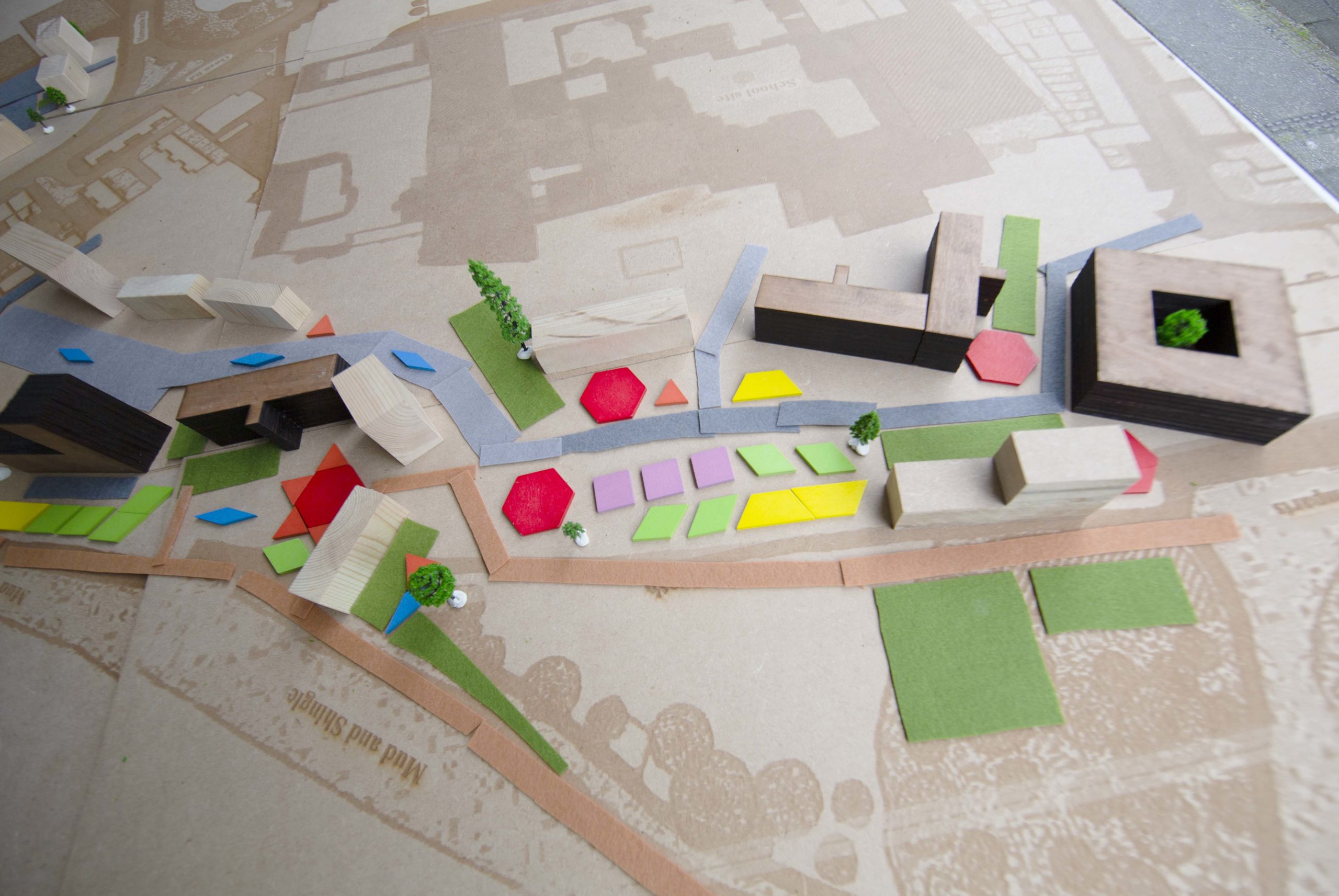 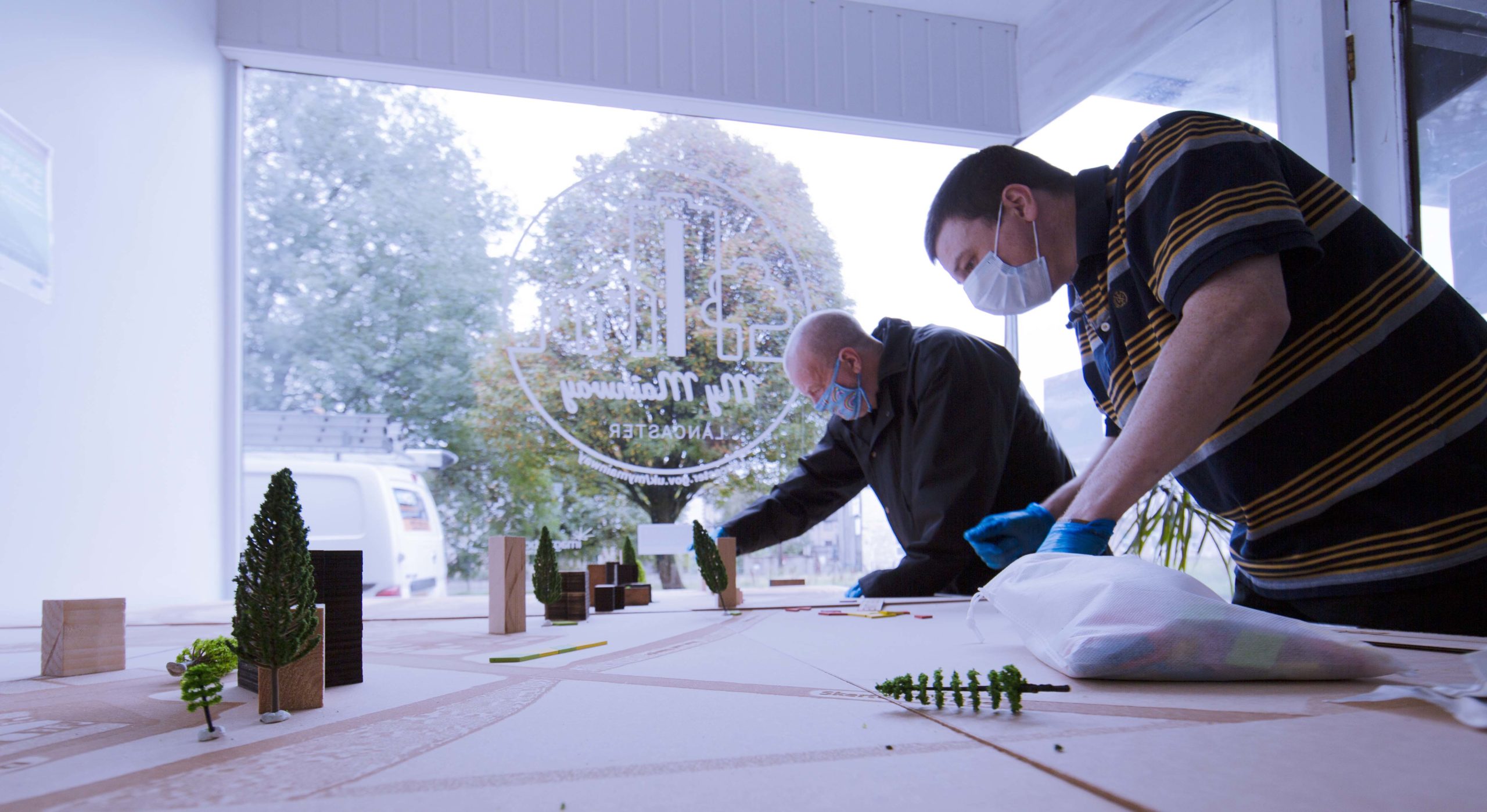