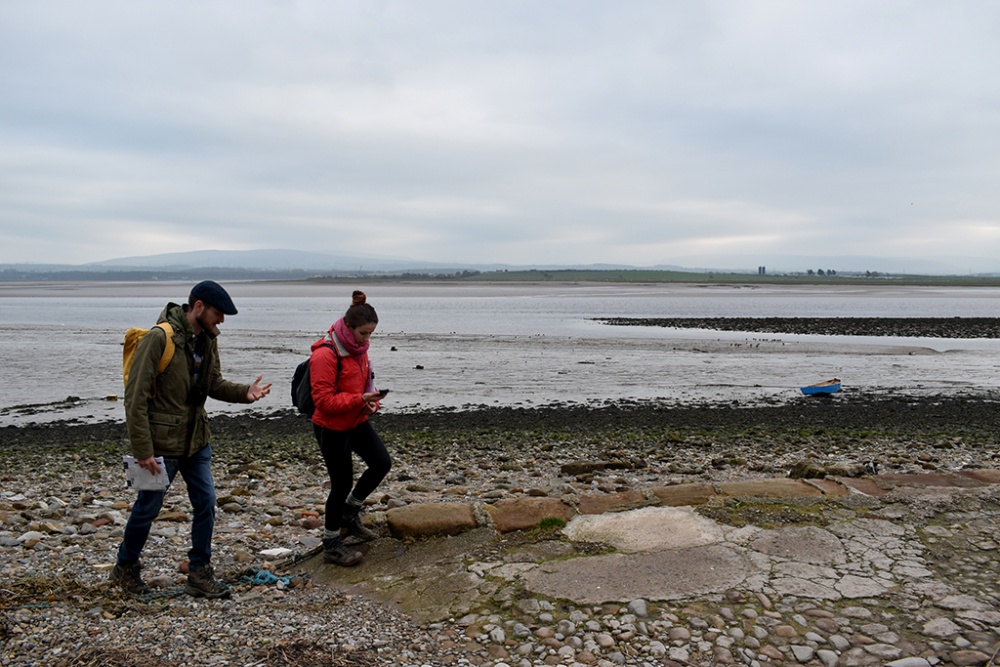 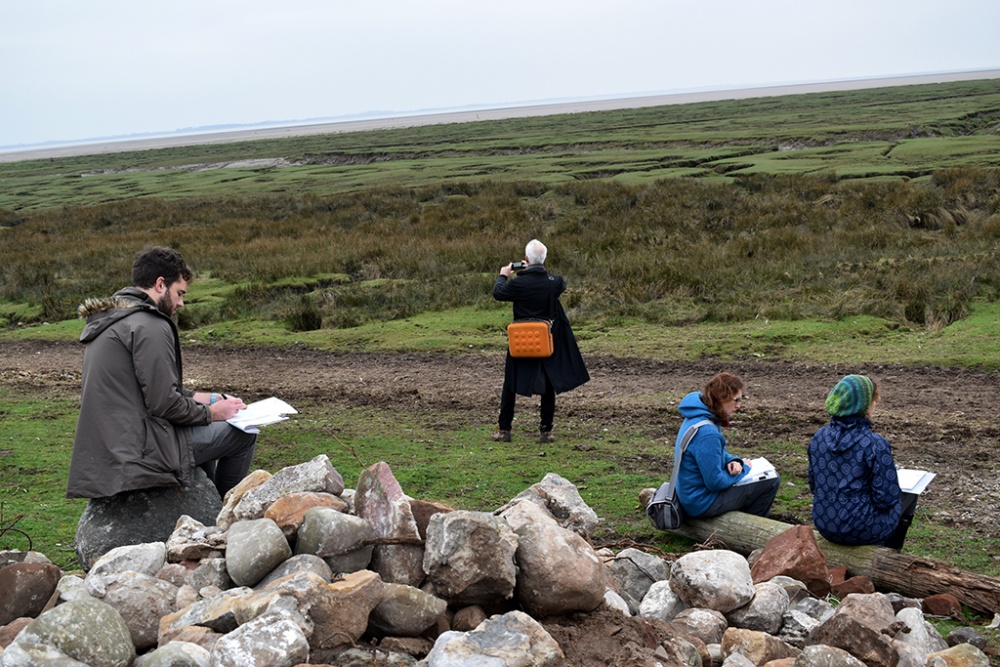 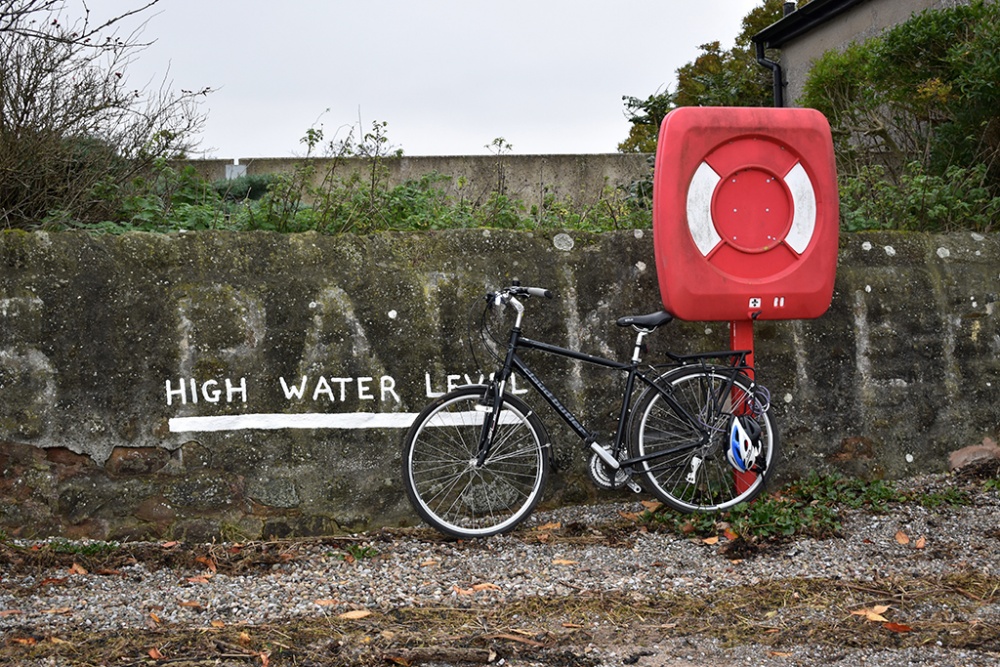 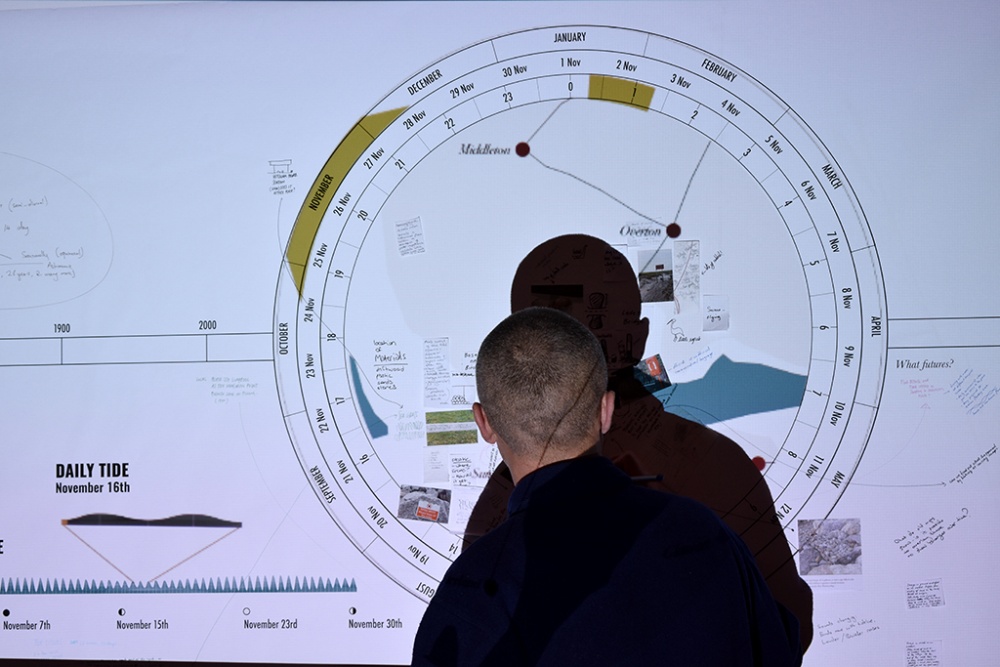 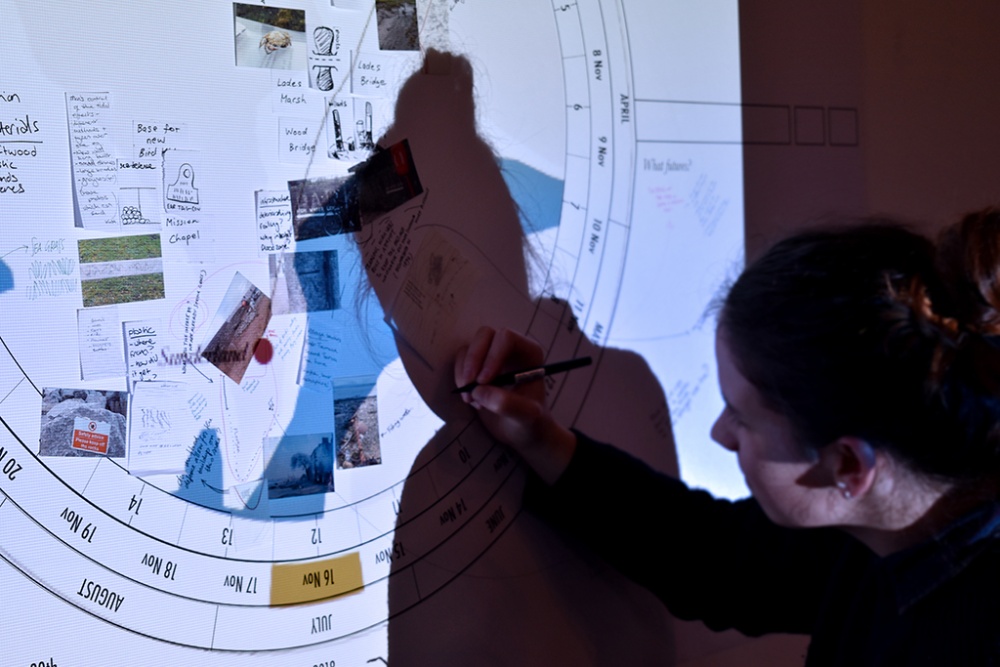 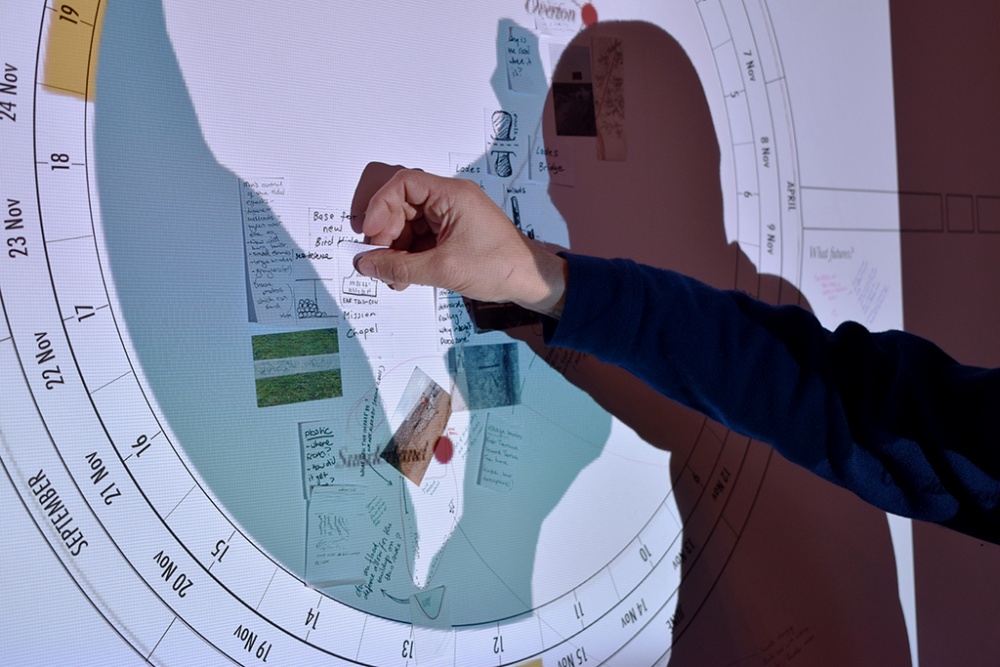 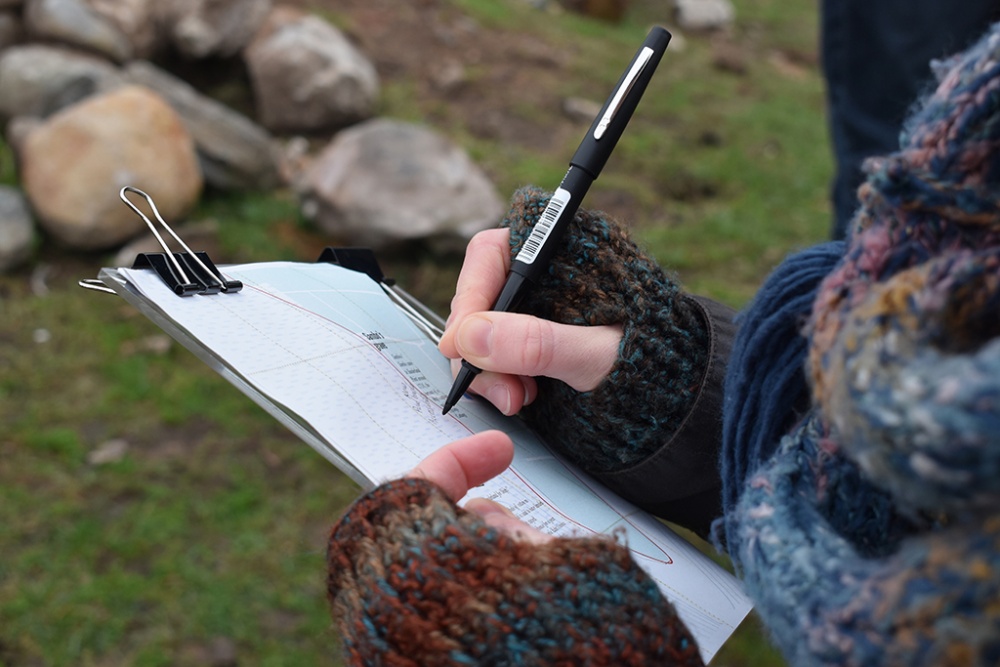 On November 16th we led a first cartographic workshop in which we immersed ourselves in the tidal environment of Sunderland Point and mapped its environmental, historical, and cultural flows.

The event was divided into two parts:

Sunderland Point is a strip of land by the mouth of the river Lune that is inaccessible by land for a few hours every day during high tide (as it is, literally, sundered from the mainland). Our walk started from Overton, a little village that is connected to Sunderland Point by a tidal road. Walking through this road means walking through what for part of the day is essentially the sea. Migratory birds, resident waders, molluscs, seaweed, and harboured boats dotted the landscape of sands and shallow channels.

As we reached the inhabited parts of Sunderland Point we were able to discover the historical traces of its many pasts.

Most of the buildings in Sunderland Point were built in the 1700’s, when the area was an important port for maritime trade. The shallow waters of the river Lune, in fact, would not allow boats to continue their navigation to the city Lancaster, which was at that point a regional centre of commerce and industry. Local legends and fishermen stories are mixed with historical evidences, including the fact that the first bale of cotton in England arrived here (and stayed in a local warehouse for more than a year, while people figured out what to do with it), and that a “Cotton Tree” was brought from the Americas. Many of these legends tell stories of Sambo, a cabin boy of colour who died in one of the cottages and is (supposedly) buried by the beach. A century later, as Sunderland Point lost its leading role as port, the area was advertised in local newspaper as an ideal bathing resort for locals, who could stay at the newly built hotels and bathing facilities. Recently, stories of local families and fishermen have been collected by Morecambe Bay Partnership, local history groups, the Maritime Museum, and projects such as Recording Morecambe Bay, a website that includes a repository of photos and oral histories.

Our group of participants included people with various and often cross-disciplinary interests: historians and history students, long-time residents of Lancaster with strong connection to the area and its people, geographers, artists and designers, and quite a few passionate bird-watchers. By walking together through the different landscape of Sunderland point and sharing stories and observations, we explored and unpacked the multiple and often overlapping identity of the area.

Back in Lancaster, we spent the afternoon trying to document these stories and observation on a dynamic map, which was built as a digital/analogue hybrid. Unlike in traditional cartography, the topography represented on the map shifted and morphed following the tide data. It challenged us to think of Sunderland Point as a place in continuous transformation, a place that is often impacted by changes in the landscape and its infrastructures in often unpredictable ways. The map that was populated by participants notes and observations will be further developed into a dynamic cartography which will be published digitally as well as through an exhibition.

At this point, we wish to thank you all participants for their contributions, and especially Chris Donaldson who enriched our walk by providing an important historical background.